2016 Brief Outlook for Freight Industry and Containerized Imports from Asia 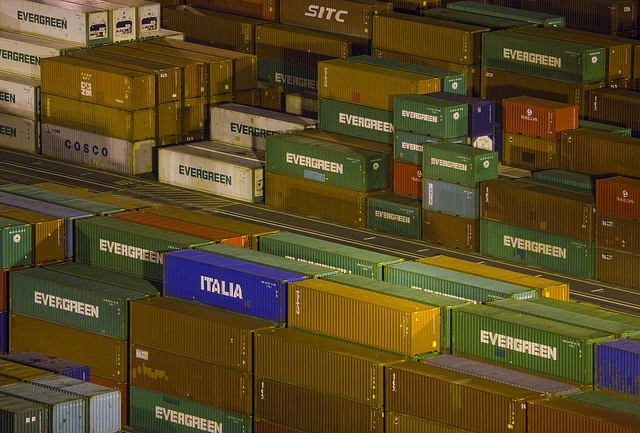 2015 was a year of many challenges. LA port slowdown led to one of the worst congestion in years. It had direct effect on all supply chain. East coast ports did record numbers and some importers divided their shipments even after the situation in LA became normal. It was a good lesson for everybody.

Due to The major gap between supply and demand freight rates hit to rock bottom in Transpacific and Europe trades. And especially after second quarter the slowdown of Chinese economy affected and is still affecting the container industry.

2016 will be another challenging year this time around due to broader and more macro-economic issues. Emerging markets are slowing down, foreign demand is getting weaker, and crude oil prices are thought to be hit $20 per barrel levels.  The immediate effect of the preliminary agreement on the Trans-Pacific Partnership in October 2015 will not be great as  there are still way to go and more political obstacles ahead yet imports from Vietnam is expected to increase rapidly, average growth for the next few years is expected to be 9%.

Based on the listed facts, below is what I foresee for 2016 for container industry from Asia to USA:

1. Freight rates will continue to fluctuate and especially in the first half of the year we will see the downward trend.

Although we will not see the similar levels ($600-$700 for 40hc container) for west coast that we saw on the last quarter of 2015, rates might still go down below $1000/40hc levels for USWC. The fact that containership fleet reached a total slot capacity of 19.94 Mteu at the end of 2015, growing by 8.5% over a period of 12 months and 214 new containerships entered the market in 2015 remains. This meant that additional 1.72 Mteu to the global fleet. Only 0.20 Mteu were deleted as a result of scrapping, vessel conversions or casualties. (Alpha liner)

At the end of December average container rates from china was 32% lower than one year ago.

Rates are under immense pressure due to the supply and demand imbalance. 2015 was the record year for additional teu capacity addition. Yet additional total of 255 vessels was ordered last year. The capacity has been increasing much faster than demand. Therefore idling vessels or blank sailings will not be a panacea. Mega vessels are slowly but surely coming into service and all those extra capacity has pushed the rates down and it will continue this year as well.

2. There will be reorganization in the steamship alliances especially towards the end of year.

Cosco and CSCL merger as well as CMA CGM’s acquisition to APL finalized. CMA CGM already mentioned the intentions to include APL to O3. After COSCO and CSCL’s container business acquisition is completed they will need to choose between staying current CKYHE and joining O3. Subject to regulatory approvals.

3- Fix rate deals will not be common practice. At least for small to medium size importers.

Spot rates have been below the fix contract rates almost all year long.  Carriers had entered the past contract season with upper hand and after successful rate increases rates were set at considerably higher levels.($1650-$1750 per hc container for west coast).  However almost immediately rates went down after the contract season.  Spot rate market will remain as the preferred instrument for freight industry through 2016.

4. The importance of the east and gulf coasts will increase. Already rerouted cargo from west coast boosted the east coast ports teu numbers.

Port of New York and NJ handled close to 5.8million teus.  Panama Canal expansion is expected to be completed by April or May which means larger vessels servicing east coast ports and shortened transit times. This will mean that busier east coast ports but not a hike in the freight rates again due to excess capacity.

5. Economic slowdown will have direct effect on the container traffic.

Fitch predicts that a series of bankruptcies among small shipping companies and further consolidations. China is a key market which accounts for purchasing the worlds 65% iron ore, 20% of coal imports16% oil imports and 40% container exports. Due to this slowdown of the economy will have direct effect on shipping.

China is already implementing policies to boost domestic consumption instead of depending on foreign market dynamics. Part of the efforts is to lower the export rates so that other countries can buy from china more. This may mean that increase in china exports.

2016 will be a year of many challenges for ocean shipping industry. Importers need to be aware of the ever changing market dynamics.  Rates will be volatile and steamshiplines will continue to their efforts to pull up the rates to higher levels. In 2015 there was total of $12,000 per teu total gri and pss increase attempt which was not succesful. Industry is plagued with overcapacity and this year with added slowdown of the emerging markets freight market will be anyone’s guess. However my prediction is that transpacific to west coast rates will be around $1200- $1300/40 hc levels average all year long. There will be up and downs before major Chinese holidays and contract season but the average will be on these levels still good comparing to 2015.  Domestic demand is still strong, U.S. GDP growth is expected to improve in 2016 to 2.4%, the unemployment levels are going down below 5% levels and US Dollar is still strong. All this will balance of the external negative factors for US imports.

So are you ready for the challenges ahead?

Serkan Kavashttps://www.mts-logistics.com
Serkan Kavas was born and raised in Turkey. He graduated from Dokuz Eylul University with a Degree in Business Administration in 2001. He had an internship in Germany at a major industrial company after college. He worked at their family business in Turkey and managed their exports from Turkey to Europe. He moved to the U.S. to continue his education in New York and obtained his MBA degree with International Business concentration at New York Institute of Technology in 2005. After graduation he was recruited by MTS Logistics and he has been working at the company since 2005. Serkan worked his way up from the entry level to operations manager and to his current position as our VP of Imports at MTS Logistics. He wears different hats daily with different responsibilities. He has vast knowledge, experience, and understanding of all aspects of logistics, freight, and the supply chain. His focus now is to help develop our import department and help our company move forward.
RELATED ARTICLES
Featured