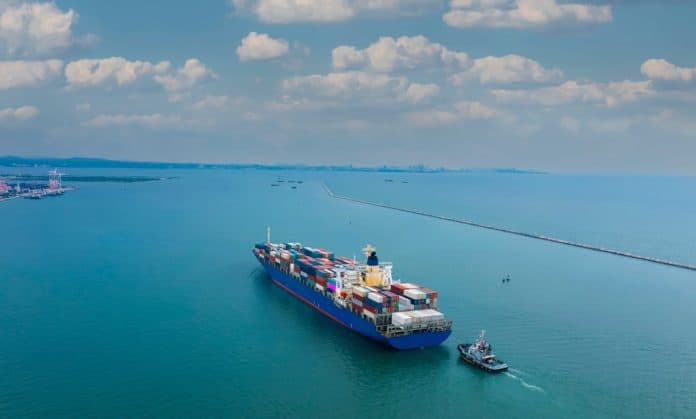 With the upcoming Chinese New Year, the overall expectation is that ports will have a long-needed breather because there won’t be much cargo moving during this one-week period.

Considering it will take a while for factories to get back to their regular production schedule, there will be a lack of cargo which could create downward pressure on rates and give importers a break from sky-high rates (rates which aren’t supported by any improved service.) On the contrary, on-time performance of ocean carriers has been at one of its lowest points in the history of shipping.

The above Chinese New Year scenario has been the regular cycle in shipping for so many years and all stakeholders are used to this and all planning has been done based around this cycle. However, there is big difference today compared to three years ago. Covid has been a catalyst for change within this regular cycle. In addition to Covid, both upcoming Port of Los Angeles negotiations and increased government protectionism pose risks on top of ongoing issues.

Below are what we expect to be major potential issues for the supply chain in both the short and medium-term.

The upcoming Chinese New Year means that millions of people and workers will visit their hometowns that they didn’t visit for over two years due to strict lockdown policies. So far, the measures taken by the Chinese government have proven effective and helped keep Covid cases at the lowest levels in the world. However, Omicron’s extremely high transmissibility rate poses one the biggest risks China has seen since the beginning of the pandemic. So far, Ningbo, Shanghai, Dalian, Tianjin and Shenzhen have imposed targeted lockdowns to try to control small outbreaks of the Omicron variant.

After the Chinese New Year ends and people travel back to their original cities, the omicron cases may increase and this will mean factory closures, port closures and further service interruptions in cities. This will have a domino effect which we will feel in the U.S. Ordering early and shipping via air aren’t the best course of action anymore to solve this potential problem which may or may not occur.

The International Longshore & Warehouse Union (ILWU) and West Coast employers, led by the Pacific Maritime Association (PMA), will be back negotiating a new contract as the current one is expiring. In late November, the PMA’s formal request to extend the current contract to be extended one more year got rejected by ILWU. They will be renegotiating the contract and they will possibly try to use the current supply chain bottleneck to their advantage to further improve the current contract conditions.

Back in 2014, the negotiations dragged out for months which created a huge backlog at the port. Back then, although officially there was never a strike, there was a work slowdown by the port workers that caused huge issues. Then, many importers looked at other alternatives to ship their cargo. This remains a potential big risk, considering the timing and current issues it will have a huge impact on supply chain flow which may further delay the shipping and supply chain recovery to “normal.”

We are observing increased protectionism from ocean carriers. There is no other more global industry than shipping. Major ocean carriers serve many different ports and countries. However, protectionism in shipping is on the rise. Governments around the world are increasing pressure on ocean carriers to give priority to their local companies. This is especially visible in Asia amongst the major carriers from Korea and Taiwan.

China might follow the same pattern in upcoming months and shift more allocation to local importers and exporters. This will mean less space for foreign companies and cause service disruptions. This will also mean that carriers may increase their support to local BCOs which will further the NVO share of the pie in the coming months.

Compared to the past, we are going through a time where a new risk emerges more often than ever before.

This makes supply chain planning and resiliency more challenging than ever because there is not only one potential catalyst for change out there where you can simply get protected by shipping more and keeping more inventory.

To tackle current potential risks, all parties involved must not only have a broader understanding of the different dynamics but also active involvement in the areas of planning, ordering, shipping and partnering with the right parties. That will be the very definition of success or failure for businesses.

Share
Facebook
Twitter
Pinterest
WhatsApp
Previous article
Have U.S. Exports Seen the Worst of Supply Chain Problems on the Gulf Coast?
Next article
Will Letting Teens Drive Big Rigs Be the Solution for the Trucker Shortage?