3 Ways the U.S. Government is Getting Further Involved in Shipping 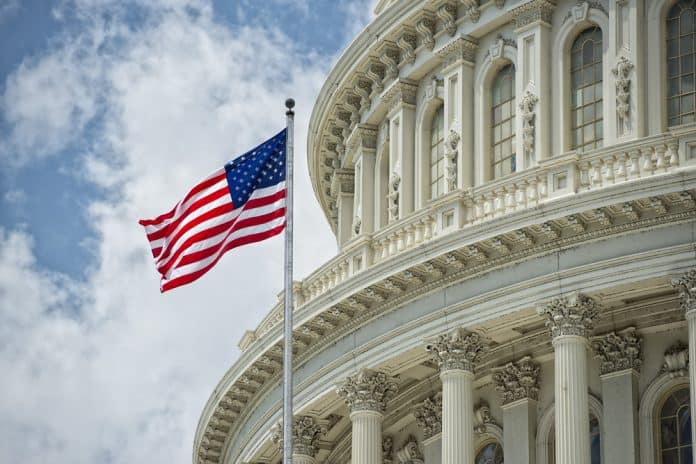 Over the past several months, it has become clear that the U.S. government is pursuing a path towards further regulations of the shipping industry and the supply chain at-large. Lots of developments have happened over the past two weeks. Taken together, all of these developments may have consequential effects on the industry over the long-term.

First, the Biden Administration is getting involved in trying to foster more ocean carrier competition to bring down container rates.

We previously reported that U.S. President Biden called out the leading ocean carriers in his State of the Union speech earlier this month, accusing the carriers of being behind rising container prices. Our op-ed by global shipping expert Lars Jensen called into question whether Biden was being honest and provided a reminder that there is much more at play than just the giant ocean carriers who lead in volume. The reality is much more complicated. Last week, the White House announced the Freight Logistics Optimization Works (FLOW) initiative, which we reported on earlier this week. That initiative takes a more constructive, rather than critical, approach to resolving backlogs by bringing on shipping industry stakeholders to help facilitate the movement of cargo.

Next, Congress is getting closer to passing some version of a supply chain oversight and reform bill.

Yesterday, a big development occurred in the fight to getting Congress to actually pass a supply chain regulatory bill. The U.S. Senate Commerce Committee (officially the Committee on Commerce, Science, and Transportation) considered and approved legislation named the Ocean Shipping Reform Act. We previously reported on the Act, which had passed the U.S. House back in December.

The Ocean Shipping Reform Act centralizes more regulatory control over the supply chain industry, and key players within it. It uses the Federal Maritime Commission (FMC) to provide stronger oversight of the industry by instituting reporting requirements for shipment volumes and other figures. It also establishes more sweeping rules for fee disclosures, fee limits, and other elements of day-to-day shipping. It will now be voted on by the full U.S. Senate in the coming weeks or months, making it closer to passage than ever. Once passed, it will be the biggest overhaul of shipping industry regulations in over twenty years.

And, finally, the U.S. Department of Transportation is getting more involved in investing in ports, harbors, transportation infrastructure, and more.

The first two items on the list can definitely have a major impact on daily shipping activities. But, in practice, no governmental body in the U.S. can really speed up the supply chain backlog without one more critical piece of the puzzle: infrastructure.

Thankfully, the U.S. Congress finally passed a major infrastructure bill last year in a strong, bipartisan vote. Now, the process of implementing the law is accelerating, with the U.S. Department of Transportation announcing a new round of $2.9 billion in state and local infrastructure grants. U.S. Transportation Secretary Pete Buttigieg made the announcement today, announcing the grants, which are intended to fund improvements in highways, bridges, ports, public transportation, and more. Some of the funds will also be used to execute long-stalled extension projects.

“President Biden’s Bipartisan Infrastructure Law is a once-in-a-generation opportunity to fix our outdated infrastructure and invest in major projects for the future of our economy.” He added, “Under this approach and with a major infusion of new funding, we have the capacity to green-light more transformational projects that will create good-paying union jobs, grow the economy, and make our transportation system safer and more resilient.”

Taken together, all of these U.S. government initiatives into the shipping industry should help improve things on many levels. However, no one should be fooled into thinking these actions are a silver bullet of any sort to the many problems snagging the industry right now.