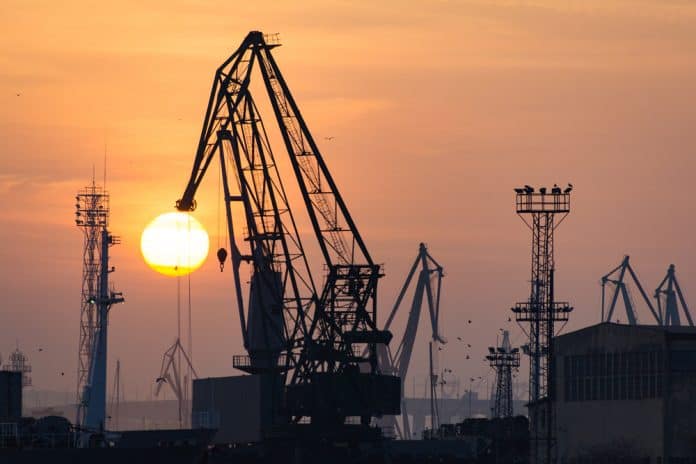 As the shipping delays in Shanghai continue amidst a new lockdown, the U.S. East Coast is starting to feel the crunch as well. The Port of Virginia has already reported significant delays, and New York’s port is expected to be next. This is causing major problems for supply chains that rely on timely shipping between the two coasts. Many experts are predicting that this will have a ripple effect throughout the entire economy.

For the first time in a while, container traffic on the U.S. East Coast has outpaced that of the highly-disrupted West Coast, according to new stats.

After the Port of New York and New Jersey experienced delays earlier in the year, vessels were avoiding it. Now, however, this further congestion threatens to further snarl traffic at that large port complex and create more issues.

All of this is occurring as a perfect storm brews with a new Covid lockdown in Shanghai.

With China continuing to push for a Zero-Covid policy, even in the face of skyrocketing numbers, the sprawling city of Shanghai has shut down. Covid has once again caused a major disruption in shipping, with the Port of Shanghai seeing significant delays. Factories in Shanghai have closed and the situation is not yet improving. Although short-term impacts there are minimal, longer-term ramifications are likely on the global market.

Fortunately, there are ways to mitigate these delays for proactive businesses.

The good news is that there are some steps that businesses can take to mitigate the effects of these delays. For example, companies can work with their suppliers to ensure that they have alternate shipping routes available. They can also stock up on inventory so that they’re not as reliant on just-in-time shipping. But it’s important to remember that these delays are likely to persist for the foreseeable future, so it’s important to plan accordingly.