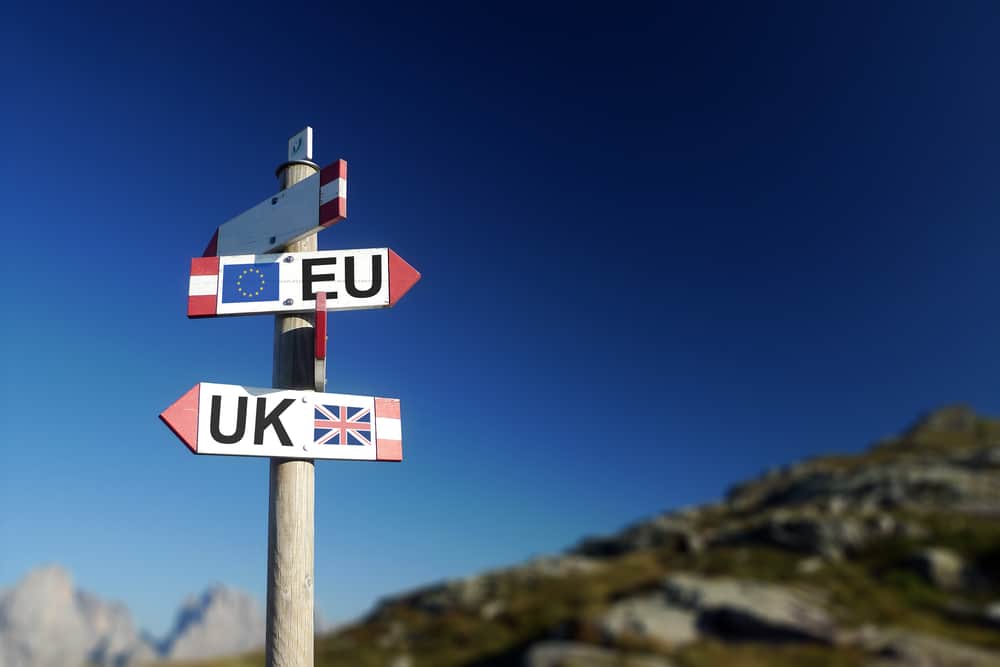 The United Kingdom has been successful in administering vaccines for COVID-19 since December 2020. The rollout of the vaccine for phase 1 prioritized the most vulnerable populations. On January 14th, 2021, the UK announced its plan to vaccinate 15 million of its citizens by mid-February 2021, which was successfully achieved. The rest of the population expects to be fully vaccinated by mid-April 2021. A total of 32 million COVID-19 vaccine doses would be administered under this plan. The UK was one of the world’s first countries to make tremendous progress in inoculating its population. They have understandably been distracted by the virus and the vaccine rollout. These elements forced the government to shift its attention from tackling supply chain challenges expected to be a consequence of the Brexit deal with the EU.

As of January 31, 2020, the UK separated from the EU and could no longer benefit from the EU’s single market.

The new border checks resulting from Brexit disrupted the movement of products from Britain to Northern Ireland, which is a part of the UK, but participates in the EU’s single market. Under the protocol regarding Northern Ireland, a soft border is in place with Ireland, which is a part of the EU. The soft border allows Northern Ireland to follow EU trade procedures to prevent disruptions in the flow of goods with mainland Ireland. According to Euronews, the UK government opted for an extension of a grace period on some food checks unilaterally with Northern Ireland without informing the EU. These actions led to accusations of the UK violating Brexit, resulting to the EU taking legal action. The speculation that the UK disregarded protocol procedures negatively impacted the UK government as it fails to adhere to the trade agreement post-Brexit.

The Brexit deal with the EU requires UK imports and exports to now comply with the “Rule of Origin.” According to Reuters, companies must calculate the Regional Value Content (RVC) as a compliance requirement to determine customs duty. Companies must provide RVC by computing the cargo origin by percentage of all the elements needed to create the product within their supply chain. The idea is to prevent countries without a free trade agreement (FTA) with the EU or the UK from gaining access to the benefits of the Brexit deal. Customs formalities and trade restrictions will adversely affect imports and exports as they attract more costs due to the expenses involved with adhering to new compliance measures.

There is an expectation that supply chains will be highly disrupted due to customs formalities and border checks, leading to overwhelmed ports and processing delays.

With trade restrictions, custom procedures and additional duties, there will be rampant shipping delays and stoppages to maintain trade compliance. According to Britain’s revenue authority, the new regulations will mean that UK companies will spend between 7.5 billion pounds to 10.3 billion pounds yearly on costs. Without the benefits of the EU’s single market, disruptions of supply chains will cause companies and factories to suffer from possible delays in production and distribution.

While the UK adjusts to new procedures with the neighboring EU, post-Brexit FTAs have been established with other countries. The Comprehensive Economic Partnership Agreement (CEPA) establishes an FTA between the UK and Japan’s government signed as of October 23rd, 2020. The UK already implemented trade agreements with the Andean countries, including Colombia, Peru and Ecuador, which became effective in January 2021. In addition, the SACUM-UK Economic Partnership Agreement consists of an agreement with Southern African Customs Union (SACU) members and Mozambique. As an international actor in trade, the UK continues to pursue FTAs to provide an effective and conducive economic environment.

As the UK and the EU grapple with the challenges of COVID-19, only time will tell how Brexit will impact the UK in both the short and long term. The successful vaccination program lead by the UK will hopefully shift the focus on diminishing hardships in the post-Brexit environment as efforts for normalcy continue.