Analysis: Why Shipping Rates Have Spiked and When Might Rates Come Down 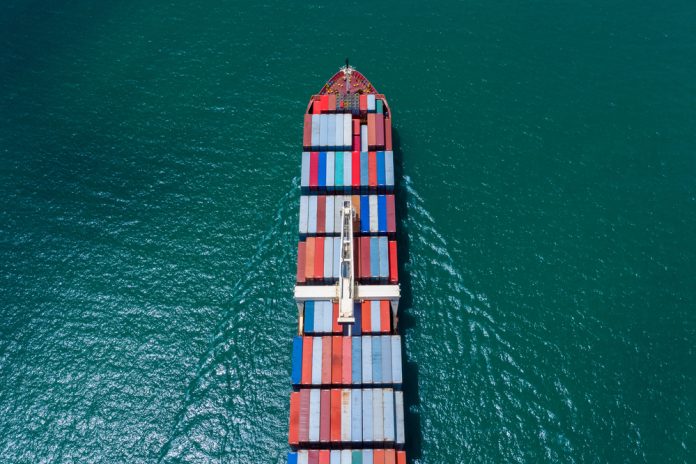 Shipping companies have significantly reduced their cargo numbers since Covid-19 hit the world.

The flow of the import and export of goods was affected suddenly and has exacerbated the empty container issue.

American regions couldn’t send back empty containers to be returned to Asia due to Covid-19 restrictions. Later, 2021 arrived with port congestion issues, especially in West Coast terminals. As the number of Covid-19 cases increased, many companies had shutdowns and were faced with labor issues. Suddenly, finding available truckers became impossible all over the U.S. We couldn’t understand, but wondered how we can handle these upcoming problems.

In the following months of 2021, the container situation appeared even weirder because of rates. Since overseas ports had empty return issues, they started to raise ocean rates. Shipping rates from Asia to the U.S. are currently almost six times more expensive than before. Even when products were ready to load, suppliers had a hard time sending them over because increased rates affect their profit, too. Before the New Year, everything got worse because of holidays and lack of goods. People were just trying to load everything before Christmas because everyone needs to keep their business alive during this hard time.

What is the real reason for the shortage?

Increasing shipping demand came as a result of high e-commerce demand. People started to buy more online products than ever before. Warehouses couldn’t match demand. The world needed more products to ship as soon as possible but everything was stuck because of container issues.

The global pandemic created a massive shortage that we thought would end in just a couple of months. The supply chain crisis did not leave us in 2021. Many products were stuck on ships longer than we expected and waited outside ports because of this crisis. Shipping containers couldn’t be unloaded from the vessel as fast as before. For that reason, they couldn’t be sent back to Asia for new loads. Industrial material production, food production, retail sales, and manufacturing continue to all be affected by this problem. Products are ready in factories, but there are not enough containers for them. That’s why suppliers choose to send only urgent products. Therefore, container traffic continues to decrease. As manufacturers and retailers wanted to optimize shipping space, they started to ship their loads as LCL shipments or smaller-sized boxes.

With Covid, port congestion began to manifest itself severely, especially in the ports of Los Angeles and Long Beach on the U.S. West Coast. Shipments were unable to dock at ports, and with that, they waited in line on the ocean for weeks. News from ports indicates that vessel wait time is up to 30 days at U.S. West Coast terminals. So, in response to the historically high congestion in ports, carriers are increasing empty ships and port omissions. And, we expect that this case will continue throughout 2022. Shipping industry analysts reported that blank sailings during the first nine months of 2021 were 7.7 per week. This situation didn’t stop, and it hit 12 before the New Year.

The whole world had to face the highest freight rates to-date during the pandemic. A 40-foot container from Asia to the U.S. cost less than $2,000 a few years ago, while prices, inclusive of surcharges and premiums, was more than $20,000 last year. Based on Bloomberg’s data, container capacity shortages and port congestion have caused long-term rates to set in contracts between carriers and shippers to increase by almost 200% from a year ago.

As you can see from the below graphic, the price of shipping from Asia to the U.S. West Coast increased to over $25,000 per 40-foot container. The shipping industry’s reverse trip grew 6-7 times higher than before. Mismatching numbers between demand and supply came with labor shortages and port congestions. 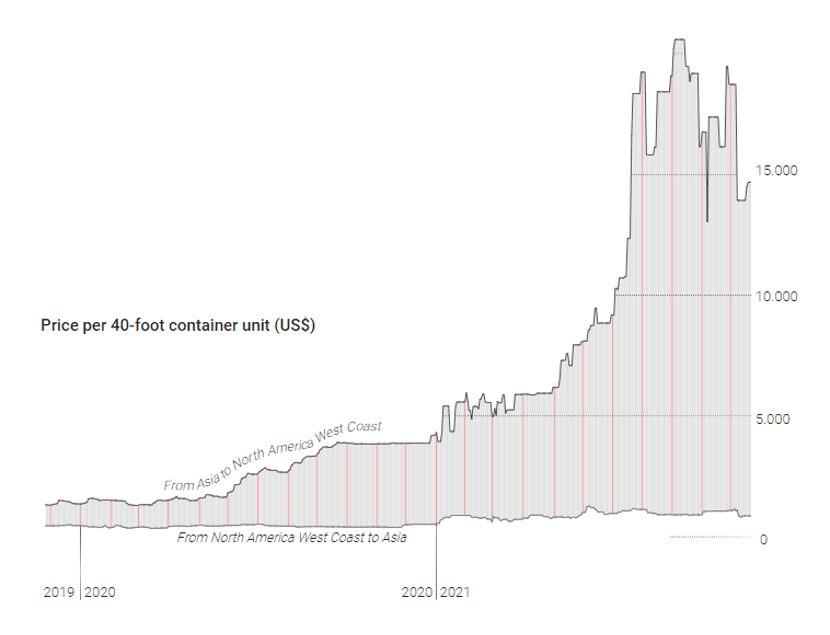 What should we expect in 2023 onward?

If you thought the pandemic is over, think twice before sending your products. Situations related to the pandemic still carry the greatest uncertainty. Covid-19 is still hanging there because of the Omicron variant spreading all over the World. Nobody can make any assumptions for numbers, lack of labor, or rates anymore. We are all trying to get the best rates and availability as much as possible. Shipping industry insiders say these rates could last for many months more. Perhaps the world shipment industry will be settling down in 2023. At least having a slight decrease in freight rates gives us some hope for a better tomorrow.