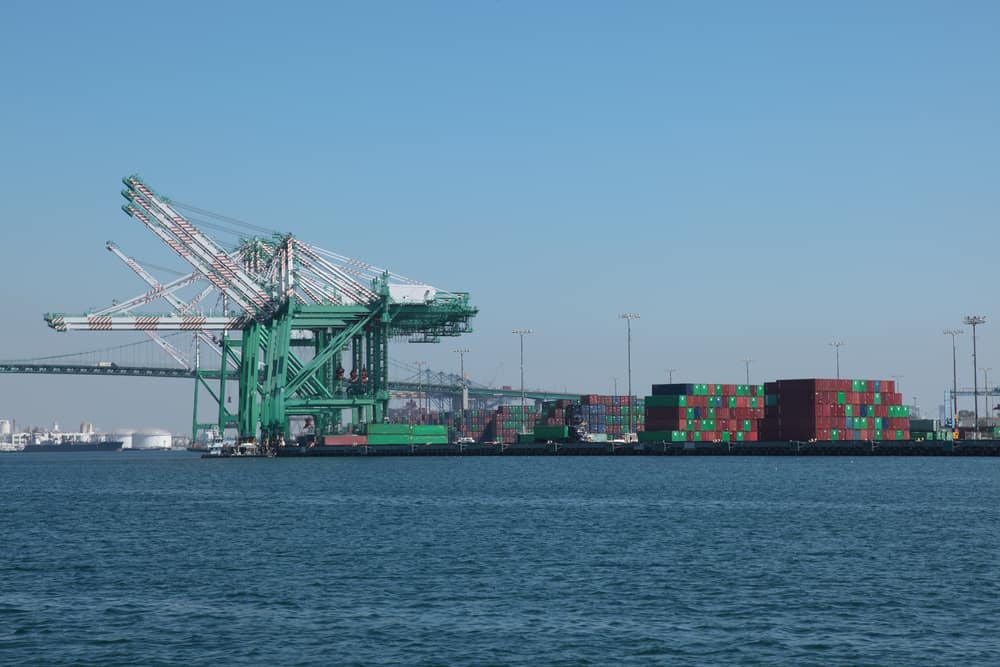 Every four years, importers on the U.S. West Coast get jitters with the renewal of the International Longshore and Warehouse Union (ILWU) members’ contract – for good reason.

For the last two decades, twice the ports and labor could not agree on the terms (2002 & 2014) where there were significant delays in the availability of containers at ports. ILWU is basically a labor union representing dock workers in west coast of United States (including Los Angeles, Oakland, Seattle) as well as Hawaii and British Columbia, Canada. It was initially established in 1937 after a strike that started in 1934 and the union has a contract with the Pacific Maritime Association that covers 29 container ports and 15,000 dockworkers.

The biggest issue that the parties are trying to solve is automation.

Across the world, there are 53 automated container terminals, which is about 4% of total container capacity. In terms of percentages, Asia is the highest with 32%, then comes Europe with 28%, Oceania with 13%, and the U.S. with 11%. When it comes to the efficiency of handling cargo, U.S. ports also lag quite behind. Among the top 20 container ports in the world, the unloading and loading performance of U.S. ports are quite low. For example, for a small container ship between 0 and 4,000 TEUs, the unloading and loading time is three times higher than the most-efficient port.

Terminal operators are the main decision makers when it comes to automation. These companies are in charge of container handling, and they drive their rights by port authorities. The main motivation of automation as I gave in the example above is productivity gains and lower handling costs. The major terminal operators in the world have terminals all over the world so once they see a successful automation and benefits at one port, they duplicate the same business model to other terminals that they own. For countries like the U.S. where the labor cost is a big part of the cost, terminal operators have a higher motivation to make a change than to automate where labor costs are lower in another country. To give one example of the labor cost on the U.S. West Coast, 15,000 dockworkers were paid an average of $171,000 in 2019. Another factor that is driving the ports to be automated are the shipping companies. With the arrival of mega ships for the last decade, shipping companies would like their ships to be loaded and unloaded as fast as possible.

So, there is definitely a valid reason why the ILWU is resisting so much against automation over the last two decades. After doing some research on the negotiations, I found out that even though the automation issue originally came up in 2002, it was in 2008 that terminals negotiated a deal where it gave them the unrestricted right to introduce automation. Many importers who were in the business back in 2014 remember that the summer of 2014 was a reminder of how fragile the supply chain is. Because of four months of slowdowns at ports, U.S. West Coast ports lost a lot of business to Eastern ports, and it also gave many importers contingency plans where having two warehouses (one on the U.S. West Coast and one on the U.S. East Coast) is a good idea due to recurring ILWU contract issues.

This coming July’s contract extension is special because we are just slowly coming out of supply chain crisis and the last thing that importers and consumers need is another bottleneck.

The ILWU is aware of this and since they do see automation as an existential threat, they do have the bargaining power. The PMA also is in a tough place to make concessions this year for the reason that there is $4 billion that terminal operators will have to spend to install zero carbon cargo handling equipment (due to the 2030 Clean Air action plan.) $800 million of this money has already been spent on workers to offset automation, so if they give any concession now, this money will be a total waste.

Back in December 2021, the ILWU was given a one-year extension of the current contract and they rejected this, which shows the negotiations for the upcoming contract will not be easy. If there is one thing that will for sure affect ocean container pricing, it is what the ports will do. If we see any kind of disruption, we might see prices even higher than last year’s prices, since this time all West Coast ports from Los Angeles to Vancouver will be affected.

Rojda Akdaghttp://www.mts-logistics.com
Rojda is originally from Turkey and after getting his BA from Koc University in Istanbul, he moved to New York to get his MBA at Baruch College. He has been working at MTS Logistics since 2003 and has held many positions from Operations to Development Manager. He is currently residing in Los Angeles where he is the Managing Director of MTS. Fun Fact(s): Rojda is an avid golfer, a martial art practitioner, and a motorcyclist!
RELATED ARTICLES
Business