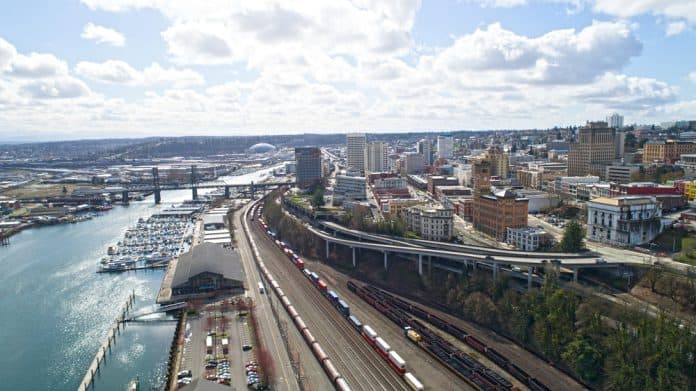 It seems like the Ports of Los Angeles and Long Beach, which last week started imposing fees for all containers that remain at the port past nine days (or three if transported by rail), is not alone in looking at innovative ways to break the recent supply chain bottlenecks.

Last week, the Port of Tacoma in Washington State started implementing fees for overstayed cargo, too. The fees go into effect November 15th.

Two terminals at the port are looking to assess the fees as a way of moving cargo out faster, since that port complex is also facing similar issues as it’s more Southern U.S. neighboring port complex. The fees at the terminals will be $315 per container that stays past 15 days. The port will not be releasing any cargo without the fees being paid in full.

The terminals are operated by Husky Terminal & Stevedoring Inc., which is implementing the fees as a last resort. The fees go into effect as of November 15th, in exactly a week from today. The main difference between the situation at the Ports of Los Angeles and Long Beach versus Tacoma is simple: the nation’s largest port complex had the fees imposed by the local government, whereas Tacoma saw the fees implemented by the terminal operator.

Although the delays and congestion are not as bad as Los Angeles and Long Beach, where hundreds of ships and thousands of containers piled up, the delays are still causing significant disruptions, with 15 vessels sitting in the Puget Sound, which the port is located near.

Husky Terminal & Stevedoring Inc. said this in a statement:

“Over the past several months local import dwell on the terminal has grown exponentially despite our numbers remaining similar to our 2020 volumes.” It added: “Despite our best efforts, the overall number of high dwelling units continues to increase along with overall duration of stay. Regrettably the deterioration in import velocity has directly impacted yard fluidity, forcing the terminal to perform multiple rehandles of the same units over an extended period.”