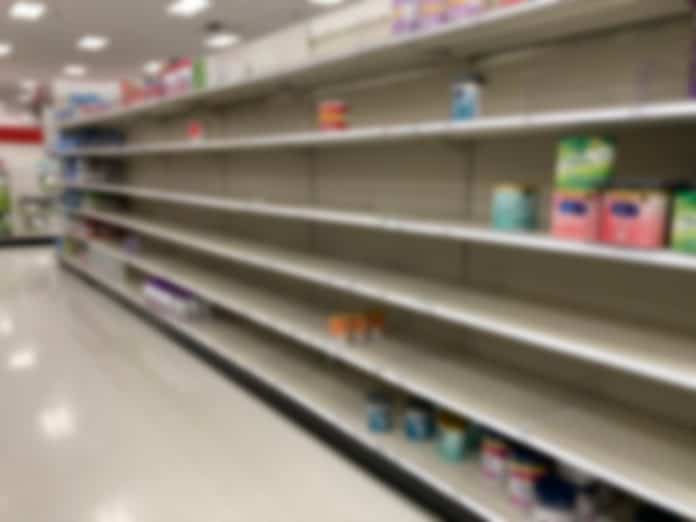 Why is there a baby formula shortage in the U.S.?

In today’s globalized world, consumers are used to receiving their goods quickly and are used to items coming in from overseas. Interestingly enough, when it comes to the baby formula shortage of 2022, the root cause of the issue is actually the baby formula industry itself, and not shipping carriers. As a multi-billion dollar industry, the U.S. baby formula industry is only composed of four major players. As such, it is especially vulnerable to disruptions.

One of the big four – Abbott Nutrition – had closed down one of its key plants. Most of the issues the baby formula industry is facing today is due to the shutdown of one plant. This illustrates how vulnerable the supply chain truly is to one piece of the puzzle when an industry is so tightly run by a small group of major players.

Additionally, imports of baby formula into the U.S. are severely limited and almost nonexistent. One huge reason for this is restrictive tariffs, some as high as nearly 18%. It’s simply cheaper to produce baby formula here at home.

How is the baby formula shortage being resolved?

As the problem with baby formula shortages has gotten worse over the past few weeks, the U.S. government has got involved. The U.S. has now taken several steps to work to fix the situation.

First, the Food and Drug Administration (FDA) has allowed Abbott Nutrition to reopen the plant it shut down, with the requirement that Abbott implement new safety precautions. This alone will allow manufacturing to increase domestically.

When will the baby formula supply return to normal?

Even with the U.S. government getting involved, it will likely be several weeks before stores become more stocked on a regular basis. And, it could be a month or more before the restarted manufacturing plant leads to supplies returning to normal. Even as baby formula is imported from abroad, other issues remain, such as the fact that the European shipment that just arrived contained a specialized formula for babies with certain allergies. Given the nature of the product, there are so many specialized requirements to follow. Therefore, getting back to normal will take a little while.

Share
Facebook
Twitter
Pinterest
WhatsApp
Previous article
What is an SOC Container and Will It Save Me Money?
Next article
Raising Over $80,000 for Autism Awareness, MTS Logistics Gives Back Through its 12th Annual Bike Tour