How serious can someone take a task that is given to him or her? Would you take it as a challenge to overcome? Or perhaps would you think it is just one of those ordinary tasks you go through occasionally; therefore you would not take it too serious! I believe challenges play a positive role in molding our characters in life. Sometimes some tasks or missions that we are assigned to might determine our fates.  I tend to try to learn the secrets of some historic characters and heroes who had great accomplishments and transformed their societies in which they lived. I try to grab some hints out of their achievements.

Today I want to dwell on a guy who recently passed away without much attention. This guy’s life story is relatively unknown to many. Because he was not one of those people who made revolutionary changes in life.  I can say he did not even leave anything behind. So what is so special about this guy that impressed me so much?

My response is hidden in the question I just asked in the inception of this article. Few of us on this planet take their jobs way too serious. It is to the extent that they even put their lives into it to complete their assignments.

Hiroo Onoda was a young Japanese lieutenant as World War II neared its end. The young soldier had orders not to surrender. Yes, this was his job. ”Not to surrender no matter what!” He was a soldier of the “Japanese Special Forces.” He was a well-trained fighter. He was assigned to a Philippine island called “Lubang.”

The US Forces were getting closer and his team was missioned to gather intelligence and to conduct guerrilla warfare and not to die. They were four soldiers in the team. One day they were totally cut off and did not hear from Japan. They were on their own and they had to survive.

As days passed, it started to become difficult for them to stay hidden on the island. They decided to split into two teams of two. They were so isolated in the jungle that they did not even know that Japan had surrendered on September 2, 1945. Onoda had surveyed military facilities and engaged in sporadic clashes with local residents. He still thought all the Philippines was at war against them. One of his fellow stragglers emerged and returned to Japan. A second member of the group reportedly died in a clash in 1950. Onoda’s sole remaining companion was killed in a shootout with Philippine troops in 1972. Onoda was still hiding and trying to keep clear of the local Philippines. He ate anything he found in the jungle for many years.

It’s been long after the WW 2 ended and everybody including his family believed Onoda and his remaining mates already died. Only one of them returned to Japan. The Philippine Army thought a lunatic was hiding in the jungle and kept attacking their soldiers.

The Japanese government spent a small fortune trying to alert stragglers like Onoda about the war’s end, but Onoda dismissed it as enemy propaganda. He stuck to his gun and headed back into the bush in the service of his emperor, bracing for an enemy that did not exist anymore.

Almost 30 years after the end of the war, one day, Onoda’s only team-mate who had returned to Japan in 1950, decided to talk the Japanese officials. He told he had difficult at sleeping at nights. Because he dreamed of Onoda’s face. The guy said he never thought Onoda died and he believed he was still alive. In the beginning, nobody believed in him. But he was so insistent that they promised to help him with search for Onoda and other team members on the Philippine island.

Finally Onada’s friend found his hideout and introduced himself. He hardly convinced Onada that the war ended 30 years ago.

He believed attempts to persuade him to leave were a plot concocted by the pro-US government in Tokyo. By the time he surrendered he had been on the island since 1944, two years after he was drafted into the Japanese imperial army. Onada had an assignment 30 years before his surrender in 1974.He had to accomplish it no matter what. Onada said once  before his death:

“I became an officer and I received an order. If I could not carry it out, I would feel shame. “

This unusual person has passed away without much attention last month,  on January 17th,  2014. He left a great dedication and honor behind. His values required him to heed some ideals.

Honestly, I feel a deep sympathy for this person and it’s sad for me to learn his death. I believe if he were given a second chance, he would again pick to fight for his emperor. Not only for that had he loved his county, but also for feeling happier since he did something for others. So, can you answer the question this time: “How serious can someone take a task that is given to him or her? 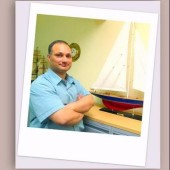 Cuneyt worked as an underwriter for an insurance company in Istanbul after he acquired his BSc in Industrial Engineering at Yildiz Tech.University. He moved to the US in 2005, and has worked for MTS Logistics since. He was recently promoted to Comptroller at MTS. Cuneyt holds a MSc in Accountancy from the University of Phoenix. Fun fact: Cuneyt has a personal blog: http://www.junateswindow.com/ where he shares his views and ideas with his readers.

When hiding is lying…