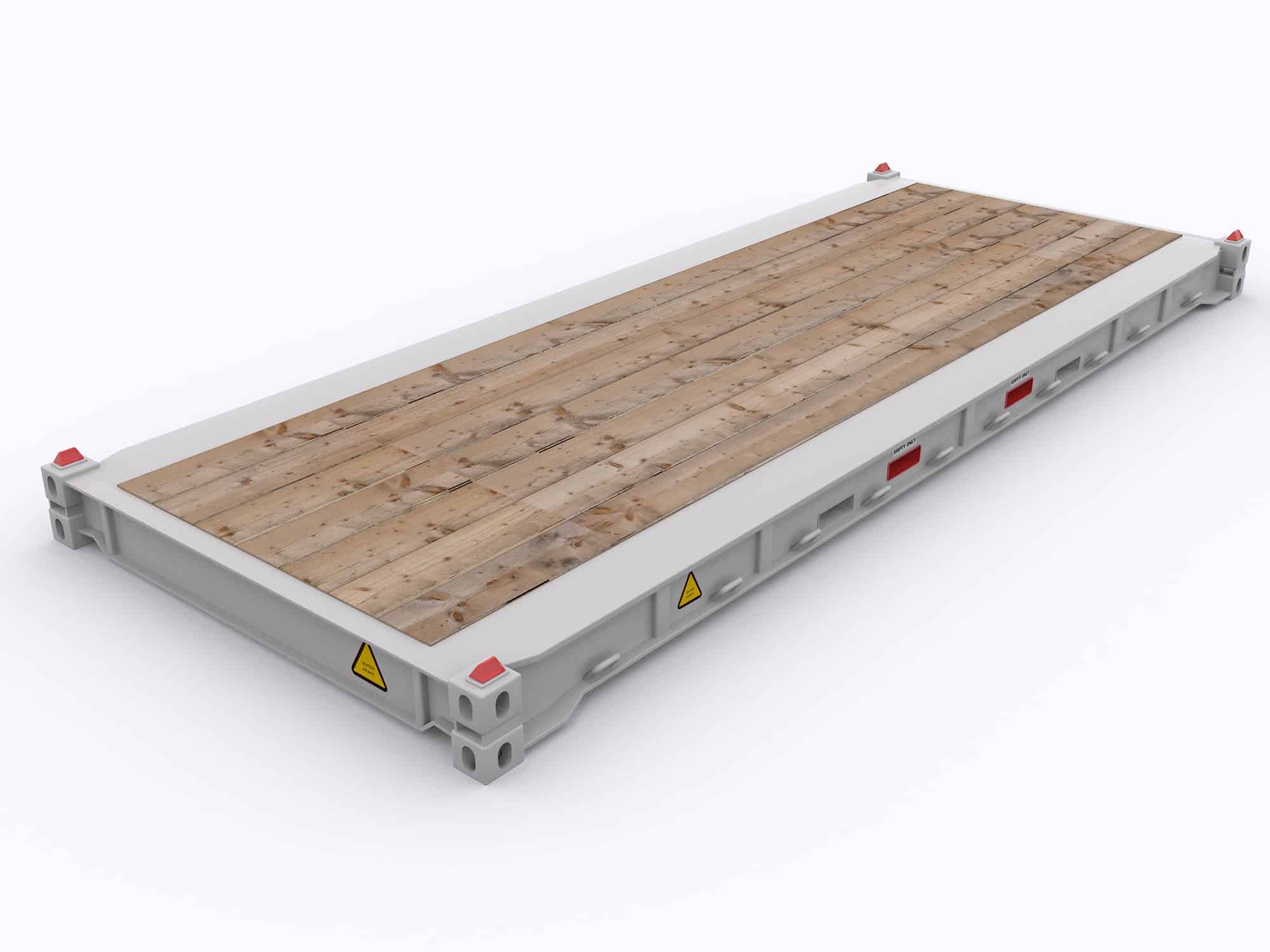 Use of flat-rack equipment is a common method of shipping a large quantity of over-sized cargoes by container vessels.

The unique design of flat-rack containers allow the transportation of items that are heavy and bulky, and those which are over-width and/or over-height. With a thick, heavy duty steel base, some 40′ flat racks can handle up to 45 metric tons of cargo.

Flat-racks come in two sizes: 20′ and 40′ in length. They do not have side walls and therefore, are ideal for many wide cargoes that are will not fit into standard closed-box, dry containers. They are also available either with fixed or collapsible end-walls. Flat-racks with collapsible end-walls, also known as “flush type flat platforms”, are suitable for shipping over-width cargoes. 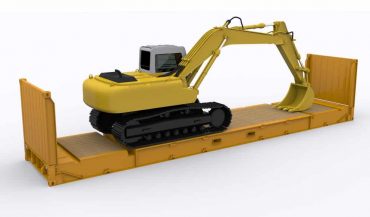 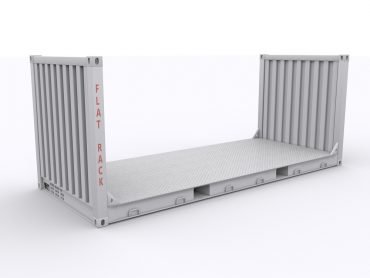 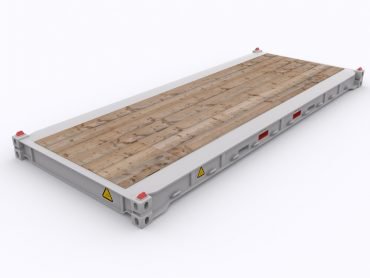 Due to the nature of oversized or overweight shipments, there are certain guidelines imposed by shipping lines under SOLAS (Convention of Safety of Life at Seas) regulations.

These guidelines stipulate how cargoes should be handled, secured, and stowed on flat racks prior to loading on any vessel for an overseas voyage in order to ensure safety.

A summary of these guidelines are listed as follows:

Stuffing: Cargo should be positioned on the flat-rack to ensure suitable weight distribution, both along length and width so that the main area of gravity is not too far “off-center.” Over-width cargo and respective blocking and bracing materials should not be stowed within 30 cm (12“) of the corner posts of a flat-rack as this prevents the flat-racks from being loaded under deck.

Welding: Any kind of welding, drilling holes, or the modifying of a flat-rack’s structure is strictly prohibited.

Weight distribution: As explained above, flat-racks are designed to carry heavier, more concentrated loads than standard equipment. The main strength of a flat-rack lies in the two bottom rails; therefore cargo must either rest on these rails or have weight transferred to the rails by cross timbers. Although a maximum payload is marked on each flat-rack, the maximum weight the unit can carry is also dependent on the length of the cargo resting on the rails. The maximum payload can only be utilized when the cargo is spread over the entire length of the flat-rack’s bottom rails. Only half of the payload is permitted for short cargo (i.e. resting on about 1m of length only.) Specific requirements and limitations may vary depending on the carrier.

Lashing: In general, all cargo must be secured by using materials which are suitable for the size, construction and weight of the load. The following points should be observed at all times:

Securing in length direction: Securing cargo in length direction can be achieved by blocking and bracing with timbers or by a lashing system. Timber bracing is more common when cargo is crated; the heavier the cargo, the stronger the bracing needs to be. (That’s why we ask our clients in many cases to identify if the cargo is packaged in some way so that we can determine the correct type and way of cargo lashing/securement on flat racks.) Blocking should be braced against corner posts. Unpacked cargoes with suitable lashing points can be secured in length direction more effectively with direct lashings and in such cases no further bracing is necessary.

Securing in transverse direction: For securing against transverse and tipping forces, the best recommended lashing method is securing with cross lashings. This requires lashing eyes on the cargo for direct lashing systems. The preferred lashing method for cargo without lashing eyes is the (half) loop lashing, also called “Clashing System”. Every lashing must be installed in pairs, with one half of the pair starting and returning to the same side. The other half of the pair starts and returns from the opposite side. As mentioned, lashing material manufacturer’s guidelines on safe work load limits must be followed at all times. Friction, or “over the top” lashings are not recommended as this system does not prevent transverse motion; they are however acceptable especially for extra-wide cases.

How to know if it is secure enough?

As a recognized “Rule of Thumb” the number of lashings on each side of the cargo multiplied by the “linear or system MSL (maximum securing load)” must be higher than the weight of cargo. This is valid for optimum lashing system. The number of lashings has to be increased when these have poor angles, are bent around narrow radii (wire) or when there are other aspects of less than optimal lashing methods. 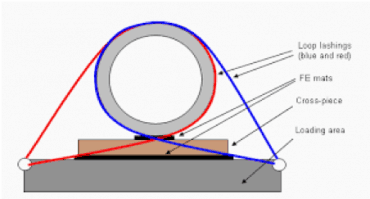 Carriers reserve the right to inspect flat-racks prior to loading and to refuse acceptance in the event stowage and/or securing does not meet SOLAS requirements or is not deemed safe. For that reason, as a rule, a cargo marine survey is conducted on all flatrack cargoes that will be exported out of United States.

Burak Gungorhttp://www.mts-logistics.com
Burak was born and raised in Emirgan, a small village located at the western shores of Bosporus in Istanbul. He has been in the shipping business for over 20 years. He worked on ships, at ports and various areas around the world taking care of various cargo operations, mainly break bulk cargo. He is an entrepreneur and holds a masters degree in international maritime transportation management from State University of New York. Fun fact: At the age of ten, while he was fishing with his small rod in his hometown, he saw gigantic tankers passing along the Bosporus. Wondering how these giant steel-made structures can stay afloat, it was when he decided to learn about shipping.
RELATED ARTICLES
21st Century Challenges