Cargo Drones: The Future of Shipping? 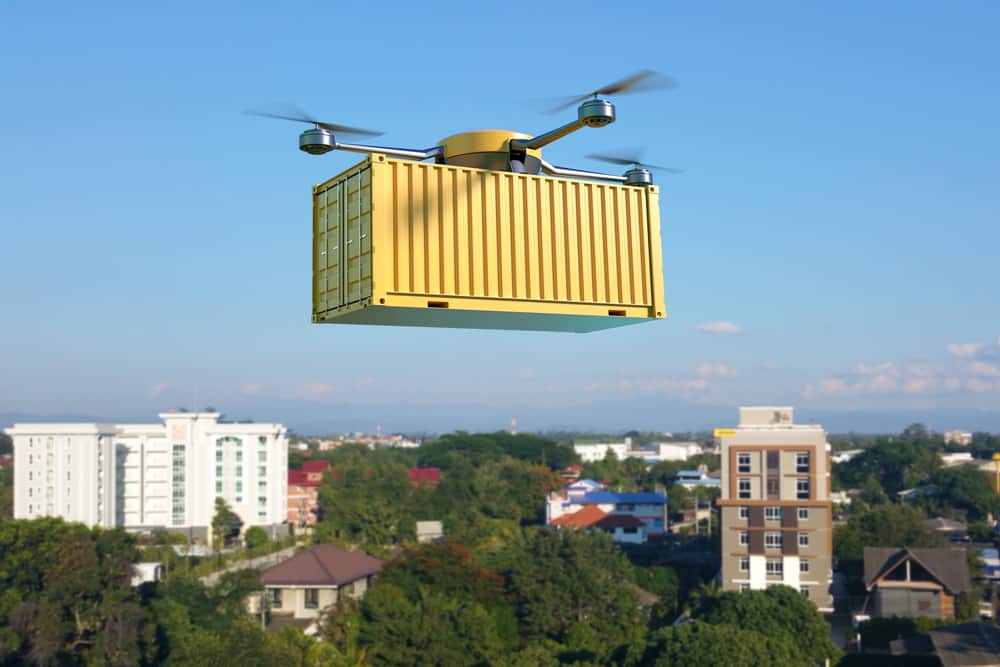 The concept of drone delivery is barely in its infancy, yet several startups and thought leaders are already taking tangible steps toward developing unmanned drones to deliver goods across long distances, including heavy cargo.

For several years, Amazon has talked up the idea of drone delivery in certain locations; although it has yet to implement the idea. Startup company, Volans-i, has begun delivering packages by drone in hard-to-reach areas, like the Bahamas, and UPS recently began working with Matternet in a test program to deliver medical supplies to labs. However, drone startup, Natilus, is taking matters several quantum leaps further by developing supersized jet-fueled drone vehicles – similar to the size of a Boeing-747 – designed to carry tons of cargo across the ocean.

Even at this early stage, unmanned delivery is already big business. According to The Insight Partners, the global drone logistics and transportation market brought $24 million in revenue in 2018. They predict that market will grow to over $1.6 billion by 2027.

Strains on the Logistics Industry

The driving forces behind drone cargo technology go beyond just an interest in the tech itself. In recent years, the global supply chain has found itself struggling under the weight of dated processes amid rising costs and increased consumer demand around the world. The World Shipping Council says 90 percent of all goods are transported worldwide in shipping containers carried on cargo ships—yet one trip from China to New York by ship can still take as long as a month. Air freight can reduce that travel to a mere 14 hours, but the current cost to fly a shipping container is more than triple the cost of sending it by ship. On land, the vast majority of freight is transported by trucks, but the United States suffers from a chronic shortage of drivers – and those who do drive are under constant pressure to push their own physical limits to meet their quotas.

Thought leaders suggest the entire industry is ripe for a disruption. They believe cargo drones will result in much faster delivery times with much less manpower required—resulting in lower costs and happier customers.

Despite the sense of promise offered by this new technology, the concept of large-scale drone delivery faces an uphill battle. Air space is already becoming increasingly crowded with aircrafts due to increased passenger travel and other logistics services, and reports are already pouring in of unsafe interactions, close calls, and even accidents involving aircraft and drones. The FAA has implemented strict regulations on unmanned aircrafts and regulatory agencies are reluctant to allow widespread use of drones for delivery until their long-term safety can be proven. Nevertheless, many are confident that these challenges will be worked out over time.

Are cargo drones the future of the shipping industry? That remains to be seen. However, the technology is already in place and is likely here to stay. One thing is certain: this conversation is just beginning.