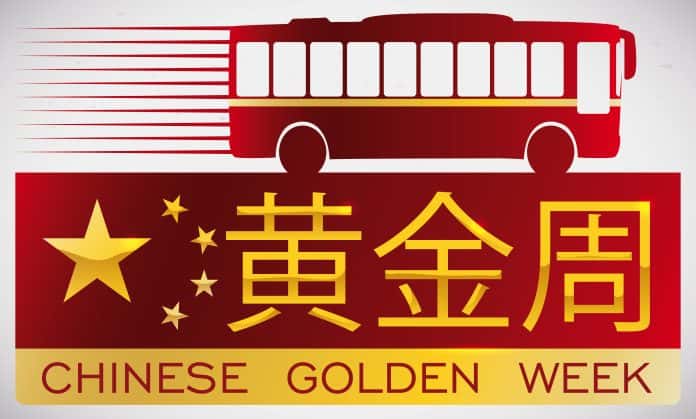 Ocean carriers are reducing trans-Pacific vessel capacity amid weakening market conditions, but the slowdown from China’s Golden Week is likely playing a role as well.

Mid-Autumn is a famous festival in many Asian countries like China, Thailand, Cambodia, Malaysia, Vietnam, Philippines, and other East Asian nations. Golden Week is usually celebrated from October 1-7, which is based on the Lunar calendar. Factories will be closed for the holiday week, and operations will be resumed on the day after the festive period ends.

As we approach October 1, importers are rushing to finish production and make pre-Golden Week sailings. This will further constrain freight space and drive prices up for both ocean freight and airfreight. Carriers will be more overbooked than usual, which will likely result in cargo being rolled. Trucking services will be in higher demand, so you may also see higher prices for trucking at origin.

We’ll also see blank sailings immediately after Golden Week — because factories will be closed during the holiday, carriers will announce these blank sailings in order to optimize vessel utilization. With limited cargo coming out of China during the second week of October and a larger than average fleet of ships leaving the country in the last week of September, redistribution of vessels will be needed to effectively resume normal shipping practices.

Golden Week is similar to the Chinese New Year in a sense that there will be a rush from importers to speed up their productions and have products ship out from China before workers go home for the holidays and factories shut down or reduce their manufacturing capacity significantly. This usually creates a sudden surge of demand and space capacity becomes constrained with carriers looking for Peak Season Surcharge (PSS) on Named Accounts and implementing General Rate Increase (GRI) on FAK and spot rates.