Child Labor Today Around the World

Have you ever thought about the people who have been a part of the manufacturing of the products you use? Especially the child labor.

If it was not for Lewis Hines, I do not think we would have a clear picture of the conditions the children worked in the factories in US a hundred years ago.

He used to go into the mills with the permission to take the pictures of the machines, eventually he left us the invaluable and concrete pieces of times when little children were besides those machines. That was America one hundred years ago. Today it seems the geography has shifted, as children in other places of the world have replaced them. It is estimated that there are 215 million children are at work today and 14 million of them are involved in direct manufacturing.

There are many reasons why factories are using child labor, main reason being poverty; families who are in need of support are sending their kids to work in countries where the labor rules are not established, and it is quite common to use little ones. Besides providing cheap labor, they are preferred by many factories since children are easier to direct and the risk for strike is eliminated.

According to a study by United Nations in 2009 only 2% of the global military spending is sufficient to achieve the universal education for the entire world’s children.

Developing countries who are burdened under the development debt repay more than their GDP, worsening the conditions and forcing children to work because of the cuts of education funding.

Only in Sub-Saharan Africa, 48 million children under 14 years of age are at work. Besides not being able to get an education, child laborers are under greater health risk when compared to the adults doing the same job. Especially children working in the agricultural areas are under more risk than children working in other industries. 80% of child laborers work in agriculture. Reasons are the exposure to pesticides, working with machinery and sharp tools, lack of clean water, beginning to work at very early ages, often between 5-7 years of age and less restrictive standards set for agricultural work.

International Labor Organization sets the standards and the rights of workers under its member countries, effective abolition of Child Labor is one of them, and unfortunately many countries cannot apply because of the pressure from the employers or local governments not to enforce laws.

One of the obstacles to prevent the child labor is free trade rules, countries that rely on child labor may put trade barriers against the countries who refuses to buy their goods. As a result of high competition and low prices on coffee for example, producers look for the cheapest options in work force, and child laborers become more efficient for them.

Child labor is not impossible to prevent; Gap sets a perfect example how it can be done. In 2007 after the disclosed fact that some of the GapKids clothes had been embroidered by children in India, Gap immediately stopped the orders and paid back to the children. In the end it is up to the companies who are placing the orders to make sure all standards are met by their vendors; even at times when it is hard to control who is hired down at the supply chain, it is their responsibility.

If we all act the same way according to the same principles, one by one vendors will be forced not to exploit children. 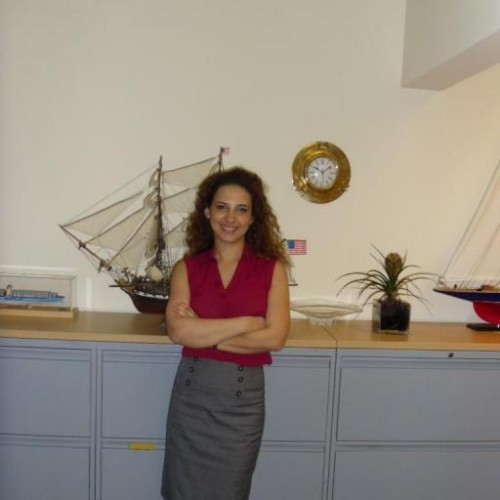 Belma Mavrukhttp://www.mts-logistics.com
Belma is originally from Turkey, and she has been with MTS Logistics for 8 years. She currently holds a position as a Sales Executive. She graduated from Cukurova University, Business Administration in Adana. She has attended import and export classes at WTI and has 12 years experience working in the Logistics Industry. Fun Fact: Belma does portrait sketching, and can sketch just about anything with a piece of charcoal or a pencil!
RELATED ARTICLES
21st Century Challenges