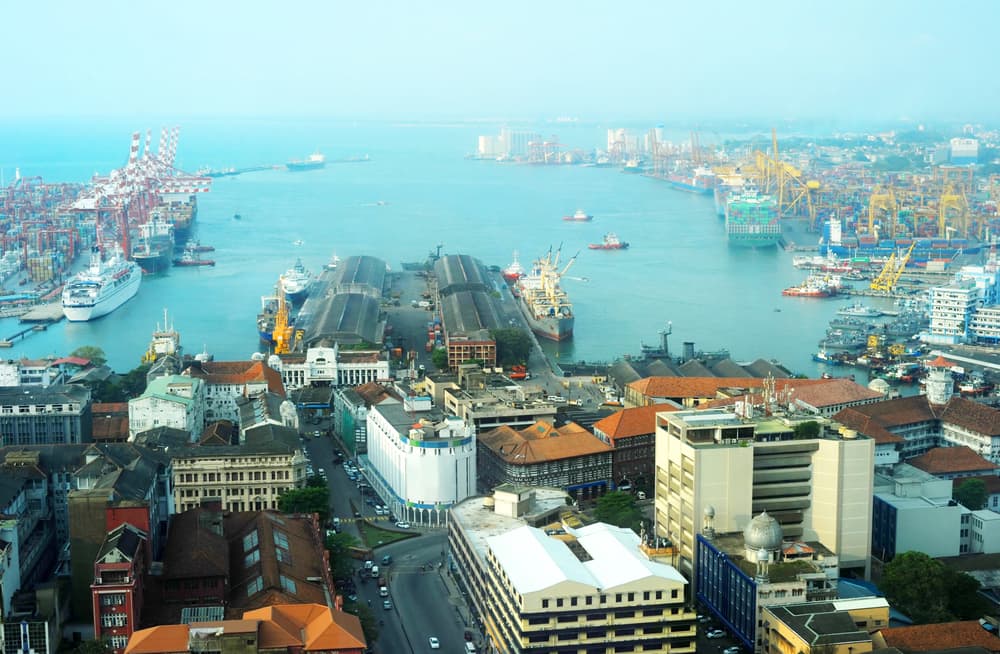 Sri Lanka’s government has come to a $1.1 billion-dollar agreement with China Merchants Port Holding Company. The deal grants the Chinese firm majority operation control of Sri Lanka’s newly-constructed Hambantota port. Despite wide opposition, protests from trade unions, and security concerns, Sri Lanka’s Port Authority has agreed to sell a 70 percent stake in the Hambantota port to China Merchants Ports Holdings. This agreement is set for a 99-year lease and gives China majority ownership of the newly-constructed Hambantota port, based in the southeast of the country.

The Cabinet approved the agreement almost six months after the initial framework deal was signed.

Due to concerns that a Chinese colony is being created, and that the government will take their land to build industrial zones set up for Chinese investors, there was public outrage and protests that delayed the signing. Hundreds of angry protesters tried to storm the inauguration ceremony for the new port project called the “Sri Lanka China Logistics and Development Zone.” Trade unions also showed their opposition to the deal earlier this week by staging a strike, temporarily crippling fuel distribution on the island. The Sri Lankan government has dismissed the union’s fears, stating the deal would prove profitable and will help repay loans taken on to build the port.

After negotiations, the percentage of stake being sold was lowered to 70 percent, from the original 80 percent proposed. Responsibilities for commercial operation and security for the port have been split amongst the two companies. Sri Lanka’s Port Authority will be set up to handle the port’s security and services, while China Merchant Port Holdings will handle commercial operations.

Prime Minister Ranil Wickremesinghe stated industrial zones are needed in order to complement the redeveloped Port of Hambantota, and dismissed any concerns that Sri Lanka would lose control of any land to China. The Prime Minister stated “Sri Lanka law will apply to everyone who comes here, whether it is a Chinese merchant or someone who disembarks from a ship, the law applies. It is after agreeing on this, that we signed the first agreement.”

The previous Sri Lankan government built the new Hambantota port at the cost of $1.5 billion.

The port was built largely with the help from Chinese loans, which are due for repayment this year. The government views the Hambantota as a white elephant, as it has failed to become financially-viable since official operations began in 2011. Annual repayment commitment of the port was contracted at $59 million, but by the end of 2016, the port has recorded an estimated loss of $304 million, according to the Sri Lankan Government.

Sri Lanka is dealing with an estimated $47 billion worth of debt, most of it taken out by the government of former President Mahinda Rajapaksa, who sought help from China during the war against the Tamil Tigers.

Once the war was won, Sri Lanka granted China contracts to invest and become the preferred lender to Sri Lanka. The agreement would allow Sri Lanka to balance out some of this debt, but would also provide China a foot into an important shipping route. Both countries currently see the agreement as a win-win situation, but it is still unclear who will benefit the most.