China’s Ban on Certain Scrap Commodities and Its Impact on U.S. Exports/Imports 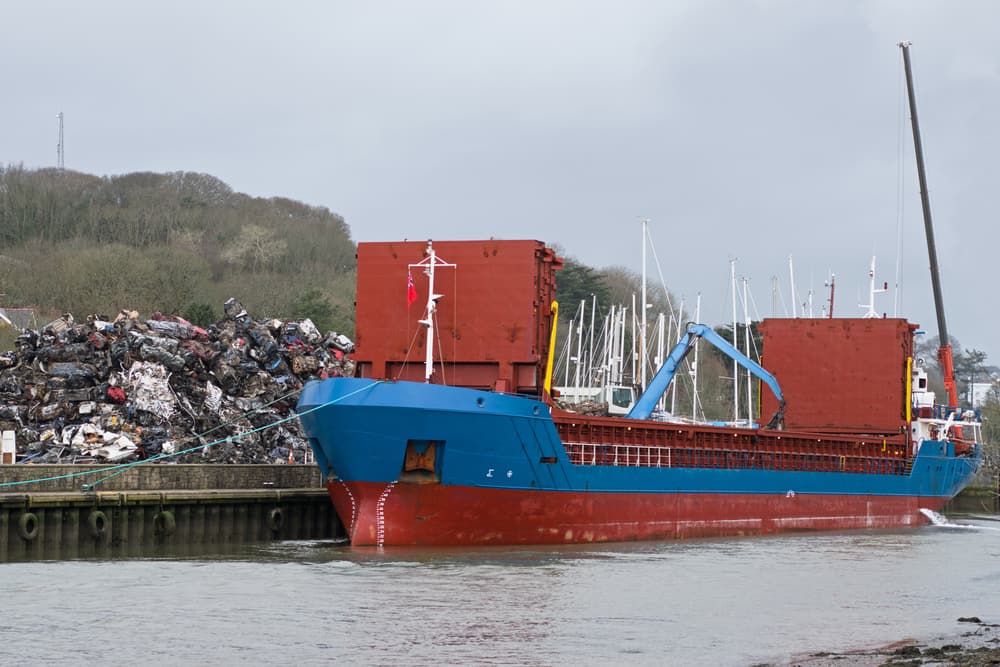 Many of those in the shipping industry have been following the discussion about China’s announcement of its Import Ban on certain recycling products, to go into effect by the end of 2017. Among the items included on the list are most scrap plastics (“including polymers of ethylene, styrene, vinyl chloride and PET…”) and mixed paper. China already notified the World Trade Organization (WTO) of its intent to ban the import of certain scrap materials.

China’s decision will have a crucial impact on U.S. exports into China as the U.S. export market is based on commodity exports.

This means the ban will also have a major impact on ocean carriers, forwarders, NVOCCs, truckers, warehouses, and labor. You may already have heard some of the announcements from the carriers that they will not accept any scrap bookings into China from the U.S.

According to ISRI, with more than $5.6 billion in scrap commodities exported from the U.S. to China last year alone, the trade in specification-grade commodities – metals, paper and plastics – between the U.S. and China, is of critical importance to the health and success of the U.S.-based recycling industry. If this decision goes forward, a ban on scrap imports will result in the loss of tens of thousands of jobs, and the closure of many recycling businesses throughout the U.S. The scrap recycling industry is the first link in the global manufacturing supply chain. Recycled materials are key inputs into the production of new, usable commodities for use in value-added production. In any given year, approximately one-third of the scrap recycled in the U.S. is prepared for shipment in the export market, and China is the recycling industry’s largest customer. This includes more than $1.9 billion in scrap paper (13.2 million tons) and $495 million in scrap plastics (or 1.42 million tons.)

U.S. import cargo is more valuable for ocean carriers than U.S. export cargo, especially from China into the U.S., as rates are six times higher than rates from U.S. ports into China.

There is a reason behind this rate difference, as carriers need to reposition the equipment to Asia for bringing new shipments into the U.S. in order to complete this open cycle. When U.S. commodity exports are slow into China, carriers promote crazy rates to the market, just to get shippers involved in sharing their repositioning cost to return the container into Asia. Carriers are able to use this opportunity for the time being. However, when this ban goes online, carriers will be having a hard time bearing extra repositioning costs, forcing carriers to increase their rates from Asia into the U.S. Of course, carriers will be promoting low rates on other commodities, just to get even a little support for their extra cost.

Carriers are building giant vessels to load more containers on each voyage, to make more money, and also meet the space demand from Asia into U.S.

However, this is a big dilemma, since the aim of carriers is to fill vessels to reach the maximum capacity, to make more money. On the other side, from the U.S. into Asia, the aim is to lose the least they can, while getting U.S. shippers’ support. Competition will be very wild, and we will see the consequences of this new policy in 2018.

Aytac Akgul
Aytac Akgul was born and raised in Istanbul, Turkey. He got his Master’s Degree in International Transportation Management from State University of New York - Maritime College in December, 2012 and He got his bachelor of science degree in Transportation and Logistics from Istanbul University in June, 2010. He previously worked for Maersk Line in Istanbul, Turkey. He is now working for MTS Logistics, Inc. as a Business Development Manager since May 2015.
RELATED ARTICLES
Maritime