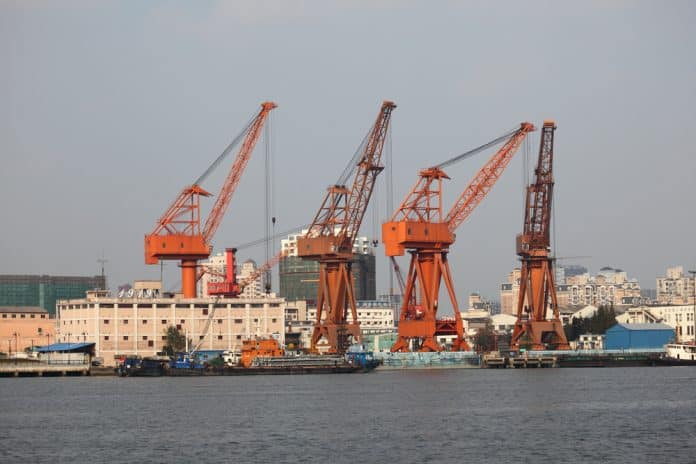 China has taken another step forward in its bid to make the shipping industry more efficient, with the official launch of its first autonomous container ship.

The new vessel, called Zhi Fei, is just 300 TEUs – small compared to some of the massive “mega ships” that ply the oceans today – but it represents a significant step in China’s plans to increase the use of artificial intelligence (AI) in shipping. With global trade facing increasing headwinds, anything that can help make shipping more efficient is sure to be welcomed by businesses and consumers alike.

Zhi Fei, at 384 feet long and a depth of about 32 feet, is equipped with a range of sensors and AI-powered software that will enable it to navigate independently, without the need for a human crew. The ship has already undergone successful sea trials, and is now ready to begin commercial operations. While it will initially be used on shorter routes within Chinese waters, there are plans to eventually deploy it on longer voyages.

The launch of Zhi Fei is just the latest example of China’s commitment to using AI in shipping, commerce, and transportation.

Last year, the country announced its ambition to build a “digital silk road” – an initiative that includes plans to use AI and other cutting-edge technologies to improve the efficiency of global trade. With China’s first autonomous container ship now officially launched, it looks like that vision is one step closer to becoming a reality.

While it remains to be seen how quickly autonomous vessels will catch on, there is no doubt that they offer a number of potential advantages. For starters, they can help to reduce costs by eliminating the need for human crews. They also have the potential to improve safety, as they are less likely to be involved in accidents than traditional ships. In addition, autonomous vessels can sail faster and more accurately than their human-operated counterparts, which could lead to quicker turnaround times and lower fuel consumption.

Will the Skyrocketing Shipping Demand of 2021 and 2022 End Soon?