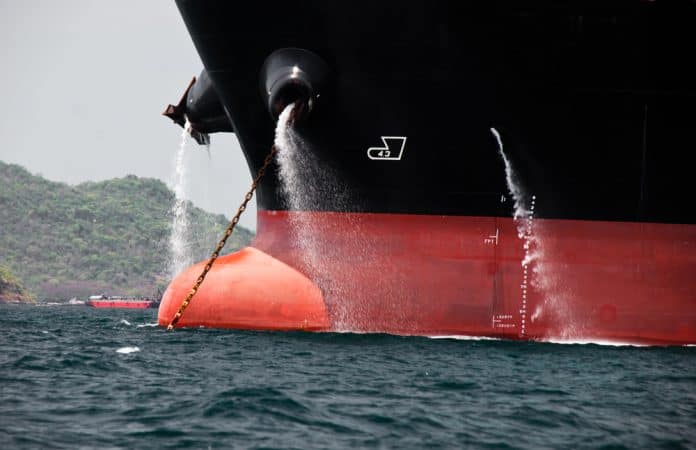 Alan Ladd, a marine engineer, found the International Maritime Organization’s efforts to lower sulfur output are not quite what they seemed at face value. While there have been concerted efforts to decorticate the pollutants that are in the air, there has been little done to impact the pollution of the water.

In 2019, Ladd observed a large, rainbow oil slick stemming from the back of a cruise ship near the Hubbard Glacier, the largest in North America.  “The only reason I saw it was because the vessel had stopped. All of a sudden I could see this pollutant and this soot,” Ladd said.

When the International Maritime Organization faced changes in the eyes of climate change, they were faced with the cost of using much pricier but cleaner fuel, or installing a system to clean the exhaust gasses known as scrubbers. They went with the ladder option, trying to save money, and frankly could pay a heftier price because of it.

As Ladd observed, and it turns out, scrubbers simply take the toxins out of the air and dump them carelessly in the sea. But as dirty as they are, they are also dirt cheap. “The writing has been on the wall for many years with scrubbers and their environmental implications,” Andrew Dumbrille said in 2022, an advisor to the Clean Arctic Alliance who works to protect the polar region from environmental impacts made by humans. “The issue is that more ships are going to be installing scrubbers, and so the problems are predicted to get worse,” he went on to tell The Guardian.

As of 2020, over 4,300 ships globally use this technology, which is up from 730 in 2018. This is largely because of the 2020 decree from the International Maritime Organization, the United Nations body that oversees shipping, that the global sulfur cap would be reduced from 3.5% to 0.5%. While it urged shippers to use lower sulfur fuel, is allowed for “equivalent compliance measures,” the cheapest of which turned out to be scrubbers – which pay for themselves inside of a year opposed to the continued cost of buying cleaner fuel.

As noted, most scrubbers use an open-loop system in which all waste is disposed of directly into the sea. Roughly 10 gigatons of polluted water are disposed of into the ocean each year, which is approximately the same weight as the cargo these boats carry each year.

The International Maritime Organization has made strides at air pollutants, but is now considering taking similar measures to slowing the pollution of water and the toxins dumped liberally under current rules. While the cruise industry is how Ladd came to learn of scrubbers dangers, only 15% of pollutants come from such ships – the rest is from the shipping indsurty. So while a carbon neutral future is what shipping strives for holistically, there needs to be oversight throughout that process to ensure pollutant levels stay down.