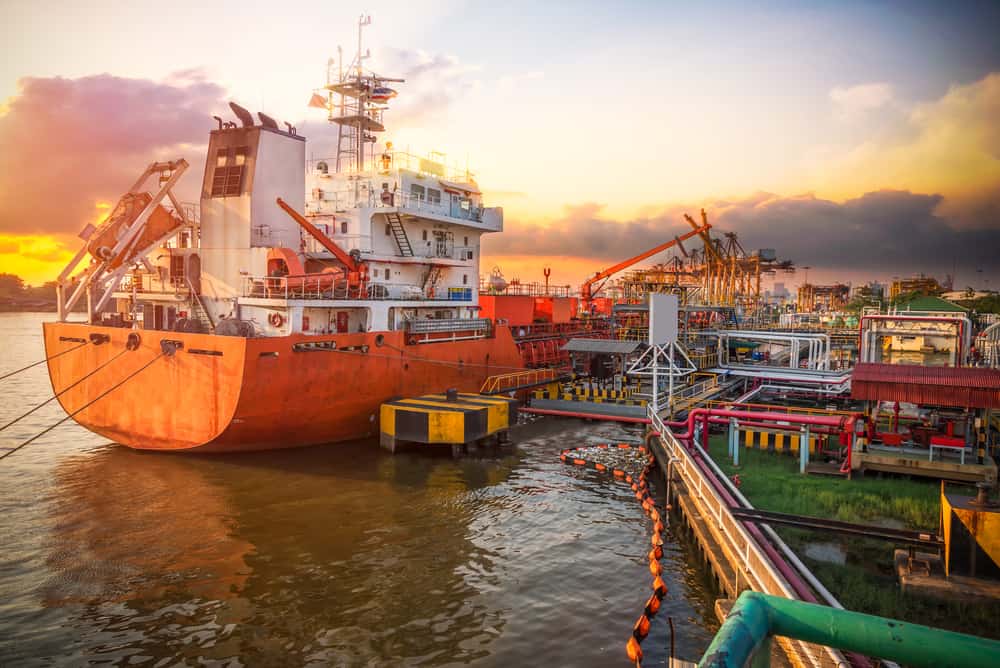 A century ago, the shipping industry transitioned from primarily “coal-fueled” to “oil-fueled” power sources.

Fast forward another hundred years and in the present day, a new transition is taking place. This newer fuel source comes in the form of gas, and its impact is clearly evident. With stricter environmental and international standards, liquefied natural gas (LNG) is being looked at as the “fuel of the future.” Logistic companies continue to gain interest in LNG-fueled vessels as a way to reduce their environmental impact, and potentially reduce fuel cost.

Natural gas is plentiful, and the cleanest-burning fossil fuel. Liquefied natural gas is produced by extracting natural gases from the ground, and cooling it which liquefies its form. Liquefying natural gas also shrinks the gas’s volume for easy, economical, and safe transportation.

Large industrial heat exchangers are used to liquefy the purified gas, absorbing heat from the natural gas. This process cools the gas to minus 162 degrees centigrade shrinking the gas’s volume by 600 times its original size. The final product is a clear, colorless, non-toxic liquid (liquid natural gas) also known as LNG, which is much easier to store and transport. LNG is stored in special insulated tanks until it is ready to be used or transported by specially-designed LNG ships. The liquefied gas can then be re-heated in a re-gasification plant, returning it to its gas form.

Today’s vessels primarily run on crude oil, which is known to be more hazardous to the environment.

LNG-fueled ships can emit close to zero sulphur-oxide emissions, making them favorable with Emission Control Area regulations, in which stricter controls are established to minimize airborne emissions from ships. Studies on natural gases as fuel sources have proven to significantly reduce poisonous sulphur oxide (SOx) emissions. It can also substantially reduce carbon dioxide (CO2) and Nitrox gas (NOx) emissions. In the event of any spillage, LNG proves to be environmentally-friendly by evaporating rapidly, and leaving no residue. LNG does not react chemically with the air, and cannot be absorbed by water. LNG does not affect sea life or water quality, as it evaporates on contact, being able to maintain the best safety record of any fossil fuel since 1964.

Major steamship lines, such as CMA CGM, are making great progress in developing these future vessels.

They have introduced dual-fuel engines that have been converted from oil-run engines to LNG-powered ones. LNG has its disadvantages when it comes maximum space usage. In regards to volume, gas requires more storage space compared to bunker oil, as it weighs more. LNG has not completely solved energy/power issues but as technology continues to develop, LNG is leading to a promising future for the shipping industry.