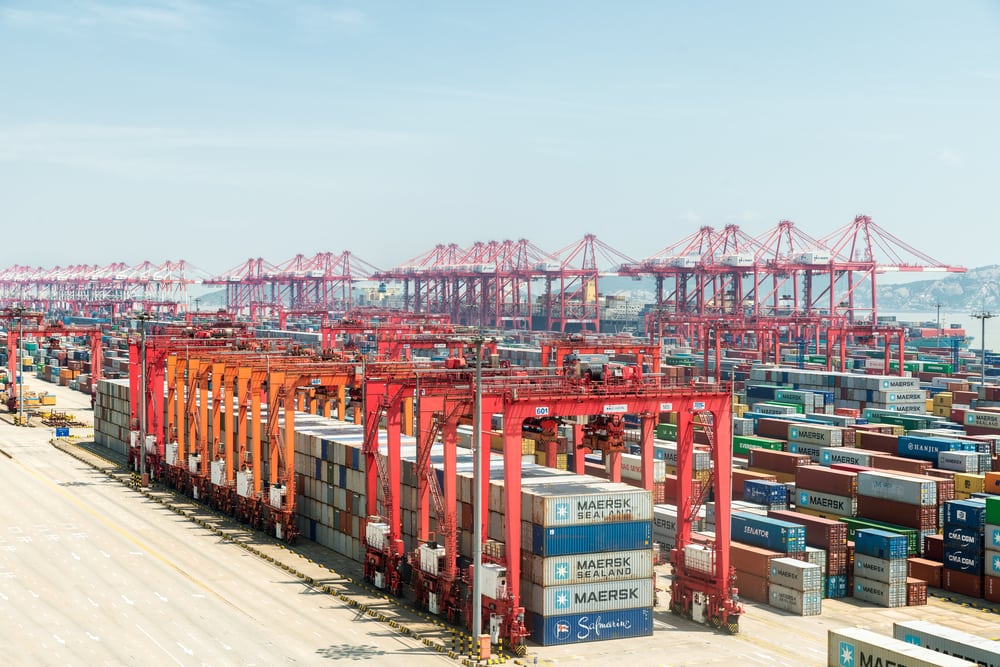 China’s Yangshan port has many claims to fame.

It is considered one of the busiest port facilities in the world, and the world’s biggest deep-water port. Yangshan port is also connected to the mainland through the world’s largest sea bridge – Donghai Bridge. Over the course of the last few days, Shanghai’s Yangshan deep-water port has experienced abnormally-major delays and congestion.

Reports of major delays have increased by 40 percent since the beginning of April, and experts speculate it could last until mid-May. The mainly affected areas include, but are not limited to, the Trans-Pacific, Asia-Australia, and Asia-Europe trade lanes. Hundreds of container vessels remain waiting outside the port, and wait times for ships to berth have increased 6.2 percent, to 18.2 hours compared to the previous week, according to shipping software provider CargoSmart.

Delays and congestion can be attributed to a combination of different reasons.

Shanghai’s Yangshan deep water port has been the victim of dense fog over the last several days. Low-visibility along the affected areas are an immediate factor of delays, as ships need to be rerouted due to their inabilities to reach port. Average delays for arriving ships to dock spiked more than 42 percent to 53 hours between April 16th and 18th, from the beginning of the month. A spokeswoman for the Shanghai International Port Group (SIPG) said, “We are making efforts to adjust and coordinate the entire port’s resources, and making every effort to provide customers with the fastest service.”

Apart from bad weather, recent inbound traffic limitations further complicate the problem. At Shanghai’s Yangshan port, container trucks are now limited to just two of the four available lanes that feed into the container terminal. The remaining two lanes are specifically designated for cars only. Considering last year’s collapse of Hanjin shipping company, the company’s containers continue to take up space in the Yangshan port.

Even though efforts have been made to alleviate the over flow of containers, Yangshan port continues to struggle with capacity issues, processing up to 37.1 million containers annually. Being the busiest container port in the world since 2010, the number of containers being handled on a normal basis can be an overwhelming task, even when everything’s going according to plan.