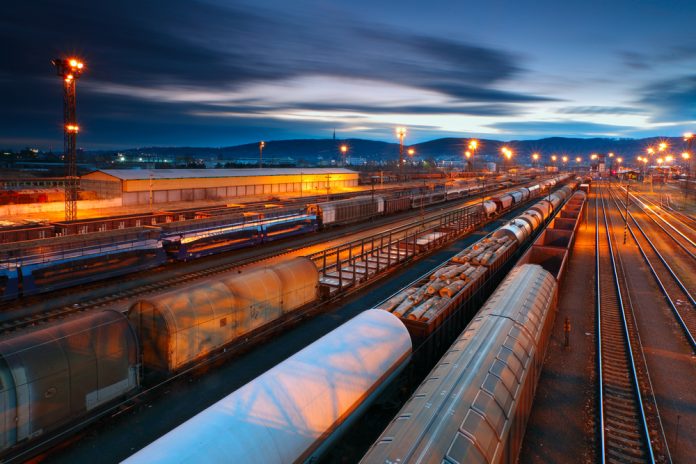 Since the start of the COVID-19 Pandemic, Southern California’s ports have bottlenecked the supply chain, resulting in suppliers waiting record amounts of time to receive shipments. In recent weeks, this trend has transferred to the rail freight system nationally bringing stark price increases and logistical problems that mirror the height of the pandemic.

This has suppliers from many sectors reevaluating their logistics. Lisa Leffler, Director of International Logistics for the Utah-based outdoor sporting goods company Black Diamond, told The Wall Street Journal the current state of backups has forced the brand to utilize truck-based shipping for some product lines.

This not only delays shipments but can also increase backend costs by thousands of dollars per load. “This is what we were doing at the beginning of congestion in 2021,” Leffler went on to say.

The congestion of intermodal logistics has significantly increased delays for long haul freight, as firms are unable to get goods to their own distribution centers – a worrying sign after the 22% increase in logistics costs observed in 2021. Combined with the highest inflation rates the U.S. has seen in decades, the raise in shipping costs is taking a toll on retailers.

Roughly 29,000 shipping containers awaiting were held at the Port of Los Angeles in June, which remains the gateway for production from Asia. Union Pacific Corp. and BNSF, the two railroads servicing the port, say that congestion has now reached freight-switching stations thousands of miles inland.

Seeing rail logistics revert to peak pandemic form has been difficult to deal with, after levels of backup systematically fell throughout the second half of 2021, showing the problem has yet to be solved – and this new trend has posed problems of its own.

“This push-pull is very difficult to deal with,” President of Gross Transportation consulting, Lawrence Gross, said particularly of railroads. “[We] don’t have much warning of what’s coming, and the changes are severe.”

While railroads are attempting to limit the number of containers they move out of Southern California, containers are observing 20% longer wait times at inland transfer stations found in areas like Chicago – levels that logistics and transportation executives don’t see as sustainable over time.

As Dan Bergman, CEO of TraPac LLC, a container terminal operator in the Port of Los Angeles says, “the numbers are not improving. At some point, we will run out of space.”