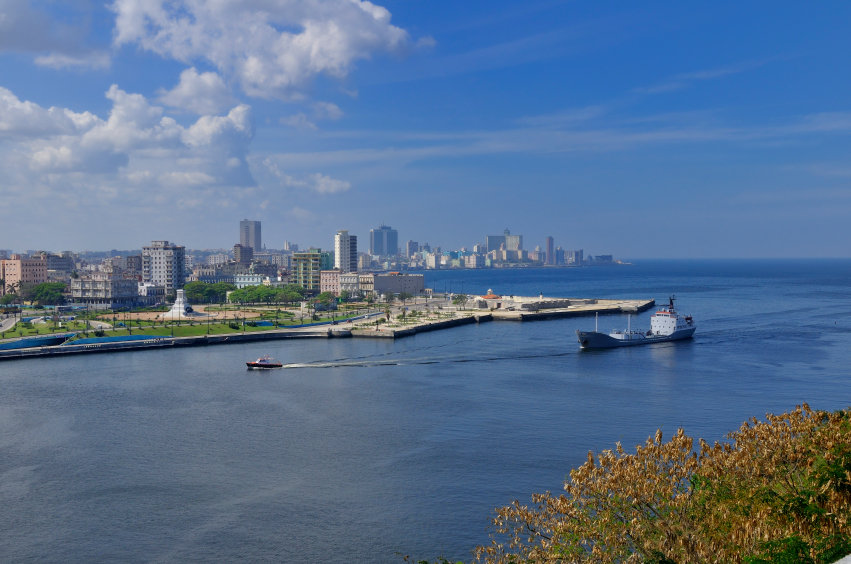 With the stroke of a pen, President Obama has effectively lifted the embargo placed on Cuba.  Gone are the sanctions that have been in place for nearly 55 years. What this has done is effectively opened up a new port and new trade partner for the entire world; most of them are likely to be based in the United States.

In a move that was somewhat clairvoyant, as if Cuba knew that the sanctions and embargo would end one day very soon, the Cuban government with the assistance of Brazil, opened their new Mariel “Megaport” in January 2014.  The project is a $900 million dollar venture to show the world that Cuba is ready willing and able to become a regional hub for shipments.

However, with the sanctions lifted, the Cuban government may be reluctant to completely open up trade with the US based entities.  They, the Cuban government, will be careful in allowing US firms to gain a strong foothold, despite the desire by its people for American brands.  This is due to the fact that there may be concerns about American capitalism steamrolling through the small Caribbean island and creating more issues than can be handled.

In addition to tourism, another opportunity in Cuba will be agriculture (i.e. – equipment and machinery) and telecommunications equipment; not to mention the imports of goods such as Cuban cigars and rum.

It should be noted that while Cuba was restricted from doing business with US based firms, Cuba has been trading with the rest of the world freely.  The embargo affected US based firms more so than the rest of the world.  In the streets in Havana you will see new Kia and Hyundai Sedans, from South Korea, among the classic American cars like Chevy Bel Airs and Soviet era cars.  Now, firms like GM may have a new trade partner and may boost their international sales bottom line.

The United States put out a press release, which can be found here  – http://www.whitehouse.gov/the-press-office/2014/12/17/fact-sheet-charting-new-course-cuba – which in part stated the following:

“Today, the United States is taking historic steps to chart a new course in our relations with Cuba and to further engage and empower the Cuban people.  We are separated by 90 miles of water, but brought together through the relationships between the two million Cubans and Americans of Cuban descent that live in the United States, and the 11 million Cubans who share similar hopes for a more positive future for Cuba….

Today, we are renewing our leadership in the Americas.  We are choosing to cut loose the anchor of the past, because it is entirely necessary to reach a better future – for our national interests, for the American people, and for the Cuban people.”

So as the embargo is lifted and as trade with Cuba slowly comes around, it is important to understand these restrictions and to work through all the red tape of trade with Cuba.  As your shipping solution, MTS Logistics will work with you to ensure that your shipping needs are met to the highest levels of your expectations.  We pride ourselves in understanding the needs of our clients, the laws and restrictions of trade, and being able to provide the best shipping solution to our clients.

Canan Unalhttp://www.mts-logistics.com
Canan is our Import Operations Manager. She is originally from Turkey, and studied Business Administration at Gazi University in Ankara. She then attended Solihull College in England for language and business studies. Canan has been working in the shipping industry since 2002, and has been with MTS Logistics since 2011. Fun fact: Canan's nickname in the office is Speedy Gonzales! She is allegedly faster than lightning.
RELATED ARTICLES
Maritime