HomeOtherCultural Factors in Doing Business in China
Other

With the globalization of business word, China has become an attractive market for foreign investors and entrepreneurs. However cultural differences present significant barriers between Chinese and western partners. To be successful it is crucial to understand and respect China’s long history and culture. Let’s highlight some important key areas one may encounter while doing business in China.

1. Guanxi
China is a relationship-oriented society. Guanxi or the network and interaction, is vital for business. By building Guanxi,  the company minimizes risks, failures and setbacks. The Chinese prefer to deal with people they know and trust. First,among the partners should be established interpersonal relationship, before they can begin to work together. Moreover, it is not just relationship between companies but also between members of these companies. The  more you will have areas of intersection with the Chinese (family,hobbies,life inspiration),the easier it will address issues in business.

2. Confucianism
Confucianism affects business practice a lot: all relationship are deemed to be unequal.It is necessary to show respect to age, seniority or educational background. Management style tends toward the directive, which reflects basic Confucian concept of the hierarchical nature of society. It is not executed that subordinates will question the decision of superior-that will be disrespectful. The manager should be seen as a type of father figure who receives loyalty and obedience from colleagues. In return, the manager is expected to take an interest in all aspects of colleague’s life.

3. Face
The concept of Mianzi or “Face” is important for the purpose of business interaction.”Face” is a combination of dignity,pride and public reputation. A slight mistake can make the Chinese “lose face” and it can offend them. The easiest way to cause someone to lose face is to insult the individual,to criticize in front of others or to treat her/him as an underling when official status in an organization is higher. “Giving face” means showing respect to someone,giving compliments and doing things that increase self-pride. This should not be done in a showy manner but with utmost sincerity and honor. If the concept is carried in a well-mannered way,it enables the person to gain loyalty,respect and even a positive aspect in business negotiation.”Saving face” refers to maintaining a good self image.You can help somebody to save face by helping to avoid embarrassing situation. The person whose face you saved will never forget a favor,and will be in your debt.

4. Collectivism
Chinese culture is collectivist oriented. The group,rather than individual,is honored. This results in tighter teamwork, more consensual decision making, more obedience and spread information sharing. The asian tradition of slow-decision making is due in part to the people’s group orientation. Many people feel obligated to get the other’s involved in important decision, even of the are certain of outcome. Rewards and blame equally shared among all members of the team. However, while the Chinese are cooperative within their own group, organizations are usually display a competitive orientation in their dealing with other organizations.

5. Meetings & Greetings
When meeting businessmen in China, foreigners should display sincerity and respect. Handshaking has to be very lightly and followed by exchanging of business cards, preferably with English text on one side and Chinese on another. It is important to receive cards with both hands and study. When Chinese greet someone they do not look straight in the eye, but lower their eyes slightly. This is a sign of deference and respect. Meetings are often long and seemingly without clear objectives. Often they are exercise in relationship building and the aim of the meeting is to move the relationship forward, rather than any specific business task. Chinese people do not want to be rushed. It can take several, very long meetings before any tangible progress is made. In addition, the Chinese are very interested in long-term commitment.

6. Giving gifts
Chinese are inveterate gift givers. Gifts express friendship and can symbolize hopes for good future business. However, it is important not to give presents in the absence of a good reason or a witness. This may be construed differently.

The above few examples of cross cultural differences and business etiquette demonstrate areas where business people can face challenges. Avoid cultural conflicts in order to maximize business trip and leave a good impression. 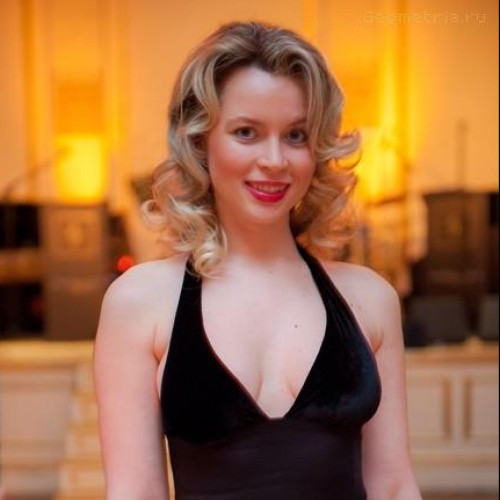 Anna Lunicheva
Anna has a master degree from the State University of Management in Moscow with the specialization in International Logistics. She moved to NYC in 2009 to continue the education in Baruch where she received graduate certificate in International Trade; Export/Import Operations. From that time on she has worked for different NVOCC and joined MTS in January 2013.
RELATED ARTICLES
21st Century Challenges