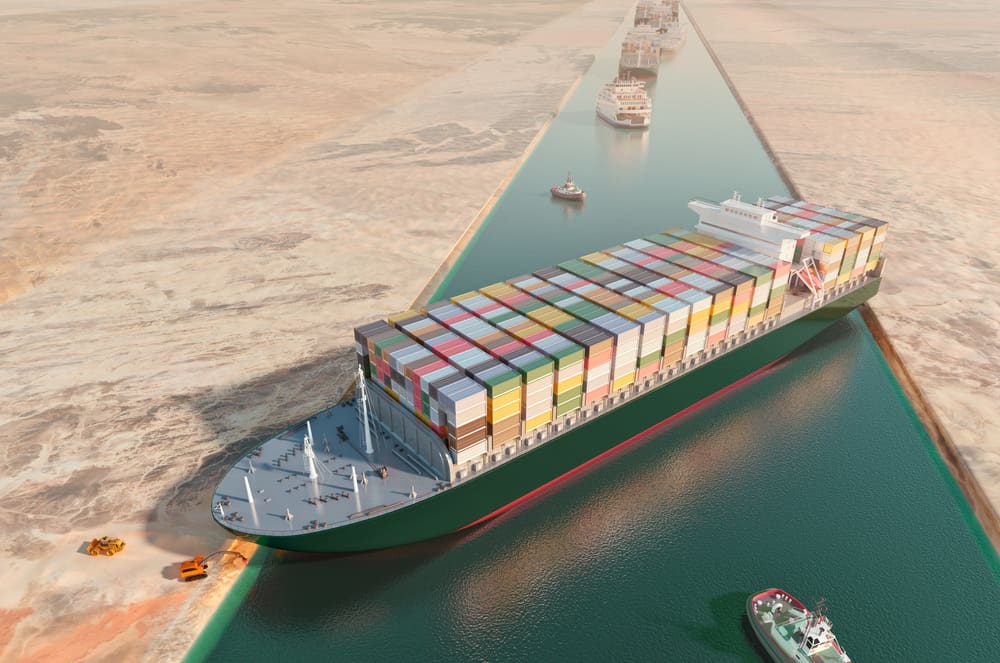 Well, it’s been over three months, but the massive container ship Ever Given is finally moving again after Egypt released the vessel from the Suez Canal earlier this week. It was way back in March of this year when the container vessel became lodged in Egypt’s Suez Canal, snarling global shipping traffic and setting off a series of events that shippers around the world are still feeling today, with delays and freight rates spiking and many facing serious challenges about how to best move goods throughout the rest of 2021.

Following the Suez Canal crisis, the Ever Given hardly moved at all over the last few months.

As hard as it may be to believe, the ship was held in the Suez Canal for all of this time, throughout long-running disputes between the ship’s owners, the Egyptian government, and other stakeholders. Although it was dislodged after nearly a week of fully-blocking the Suez Canal from global shipping traffic passing through, the ship never really left the canal as it was the middle of the aforementioned disputes. At issue between all of the parties were several things, including ongoing disputes relating to losses from the incident and its aftermath, power struggles relating to the Suez Canal, and court disputes over who was paying what.

This week, most of those issues were largely settled, when the Ever Given’s owners and the Egyptian government reached a negotiated settlement. As part of the settlement, Egyptian authorities, who originally claimed that the ship’s owners owed over $900 million in loss compensation, revised their claim and settled on $550 million. While still a lot of money to pay, the original ask was seen as excessive and “largely unsupported” by the Egyptian authorities’ claims.

Whatever the settlement’s merits are, one thing is sure: the cost to global shipping was immense.

Indeed, total global losses from the Suez Canal crisis cost the global economy a very hefty sum of over $5 billion per day, per an estimate from the International Chamber of Shipping. That organization was critical in negotiating the final settlement. Of course, there are other costs, too, such as the safety of the ship’s crew and canal personnel and miscellaneous expenses.

For the entire week of the Suez Canal crisis, the world’s vast array of container vessels were forced to sail around the Cape of Africa rather than a straightforward, usual voyage through the Mediterranean Sea into the Atlantic Ocean. That longer journey added a lot of time to global shipments and slowed things down for everyone. It is the hope of every shipper that a crisis like this does not happen again and that the world’s container lines better plan for such a scenario, especially as vessels become larger than ever.