What to Expect as 2017 Progresses: Contract Negotiations, Disruptive Global Trade Trends, and More 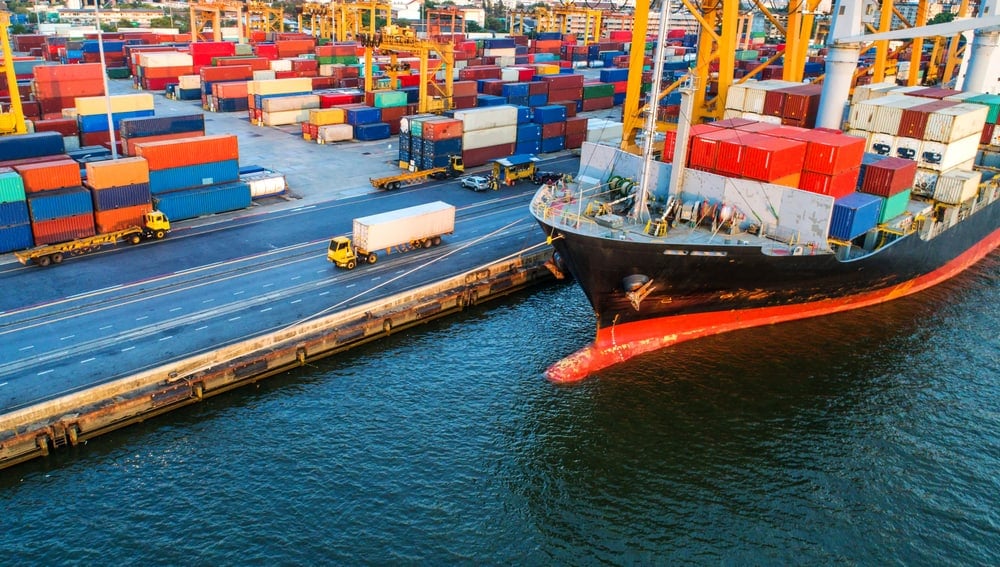 We live in a world with unprecedented global ties, and seamless collaboration for us industry professionals to do tasks after tasks. There are many variables out there that affect our decision-making process. In this article, I would like to provide you some insights to keep in mind as we move ahead with the rest of 2017.

The difference between the expectations of shippers and carriers on ocean freight rates this year may set the stage for difficult contract negotiations for the 2017-2018 shipping season. Shippers assume they can lock in contracts with little or no rate increases, compared to last year.

The obvious effects of last year’s low rates proved to be unsustainable. The global container industry is in the middle of a trend of massive consolidation. Carriers are realigning existing alliances, and new arrangements are evolving, with potential service disruptions upon their launch on April 1st.  All of this, one way or another, is making cargo owners increasingly picky about which carriers to choose. Among all, “Reliability” now ranks higher compared to other factors shippers consider for their transportation needs.

Currently, it is unclear and difficult to make assumptions on how the container shipping market will evolve in 2017, but according to a JOC survey taken during the TPM conference in Long Beach, importers expect to ship slightly more this year. Assuming no capacity increase, we may experience slightly higher transpacific rates in 2017.

In 2016, global container shipping lines collectively lost an estimated $13 billion, because of a rate war during the first half of the year that drove freight rates on all major trade lanes to record lows. The Hanjin bankruptcy, a big wake-up call, led to a brief capacity cut, followed by a significant rate increase at the end of August 2016.

Even though shippers are enthusiastic about 2017 rates decreasing to similar levels as 2016 on major trade lanes, the Trans-Pacific container lines are very optimistic about increasing rates for the upcoming contract season. For example, Maersk Line, the world’s largest carrier as measured by vessel capacity, anticipates that global freight rates will rise in the near future, enabling them to hit a record $1 billion profit compared to last year’s $376 million loss. Mediterranean Shipping Co. is another optimist, looking forward to higher rates and a recovered industry, according to CEO Diego Aponte.

This report indicates that the level of importers’ inventories at the start of contract negotiations can have a significant impact on ocean freight rates. Reduced demand from importers may pull rates down before the contract season ends, resulting in similar rate levels as 2016.

On the other hand, looking at last year’s inventory numbers, we see that retail importers have decreased their inventory levels from the higher levels they sought to build a year earlier, due to slowdowns at West Coast ports during nine contentious months of contract negotiations between the International Longshore and Warehouse Workers Union, and the Pacific Maritime Association.

If we were to make an educated guess, one can assume that that importers and exporters may be cautious when reducing their inventories further this winter, until they have a firm grasp on how carrier reliability will play out after the launch of two new alliances in April 2017.

With higher spot rates and tighter capacity throughout this winter, container lines are now seeking new contract rates at twice the 2016 level, of at least $1,500 per FEU, from Asia to the U.S. West Coast, and $2,800 per FEU to the East Coast. Shippers and cargo owners look like they are not accepting these levels, and employing a “wait and see” attitude towards 2017-2018 contract rates. One should also take into consideration that even after all pending mergers and alliance realignments, a similar amount of vessel capacity will still be out there operating (unless a major scrapping trend is started by carriers.)

This may be the reason why shippers do not speculate that rates will increase anywhere near what carriers are currently rooting for. According to JOC sources, one large U.S. importer of finished goods from Asia, and exporter of raw materials for those products, stated that during preliminary talks this year, they are expecting to negotiate most of their Trans-Pacific contracts with rates of $1,200 per FEU for port-to-port rates to the West Coast.

Even though some argue these rates are unsustainable, one also should understand why for a cargo owner, it is hard to walk away from rates that are $200 and $500 lower below a sustainable rate. However, the issue with most cargo owners is that if they end up signing contract rates with higher rates during April, and all of a sudden steamship-lines decide to inject more capacity, letting spot rates reduce once again, they will be in a very awkward position.

We will see how the market reacts, and if rates go below sustainable levels, it is most likely we will see more Hanjin-like situations.

I believe that considering all of the uncertainty over the market and contract rates, many shippers argue in favor of a spot market, more this year compared to 2016. If spot rates stay at current levels, and an improving economy fuels higher demand, then we can also expect carriers to increase capacity, which in return pulls these spot rates lower. Even though steamship-lines are more decisive towards a strong market, in this cutthroat environment, we may speculate towards a capacity increase to gain more business.

Let’s talk about the dynamics behind capacity, and elaborate further on this issue. 2016 saw a significant decrease in the amount of new shipbuilding orders. Even though there is no major capacity difference compared to 2016, in 2017, we will start to see the initial consequences of this reduction in shipbuilding. Most shipyards have enough work to last through the later months of 2018. On the other hand, 2016 saw a record scrapping of container ships by the end of the year. According to Alphaliner, a total of 934,000 TEUs (136 vessels) was delivered, and 665,000 TEUs (201 vessels), were scrapped in 2016.

Due to ongoing carrier losses past few years, the Steamship line industry has also experienced an unprecedented wave of mergers and acquisitions which led to the absorption of seven of the top 20 carriers, and a reconfiguration of vessel-sharing alliances. Shippers are now cautious that consolidations will affect the reliability of their supply chains.

Below are the memberships of each alliance, and their projected shares of the Trans-Pacific trade volume, based on existing market shares of the carriers:

In 2016, the industry endured reduced trade growth, falling import demand, and slowing GDP growth in several major developing economies, as well as in North America. The Institute for Supply Management – Chicago also draws attention to weakness in manufacturing, as the sector continued dealing with a dollar rally and lower oil prices. The volume of global trade was flat in the first quarter of 2016, and then fell further in the second quarter. The U.S. is no exception to this broader trend. The total value of American imports and exports fell by more than $200 billion last year. Through the first nine months of 2016, trade fell by an additional $470 billion. Some may interpret this as a signal that globalization may be stalling, and world economic output is in stagnation. National protectionism and rhetoric against foreign trade is increasing across the globe. Changing popular attitude among some of the top producing economies like the U.S., and several other E.U. States, U.K., Netherlands, France, Germany will also drive economic policies with immediate effects on global trade. Trade policies will be heavily discussed in the upcoming months, and stay in discussion as we enter into a global election season, starting with U.S. (Nov. 8th), Netherlands (Mar. 15th), and the upcoming ones in France (April), and Germany (September). As 2017 continues, industry executives need to follow these developments and potential changes in global trade dynamics. 2017 is shaping up to be a period during which trade policies will also be heavily discussed.

Potential changes in trade policies under President Trump are one of the biggest unknowns for shippers and cargo owners. The U.S. is no longer associated with the Trans-Pacific Partnership, and to what degree President Trump’s protectionist rhetoric will affect the pacific trades is currently unknown. We may speculate that protectionist rhetoric will have a negligible effect on the Trans-Pacific trade for the near future. Under the direction of new Transportation Secretary, Elaine Chao, Trump’s promise for a “trillion-dollar spending plan” might have positive effects on the railroad and trucking industries at the expense of increased tolls or water usage fees. We will closely follow how trucking companies’ expectation from for a new path for growth will play out.

One should not forget that although it is uncertain how 2017 will play out for shippers and for industry professionals, the industry must address the same imperatives — speed, quality, cost, risk and agility.

At MTS Logistics, no matter what the trend is, addressing these imperatives will remain at the front and center of our focus as we move ahead.