Feasibility Study at Port of Houston 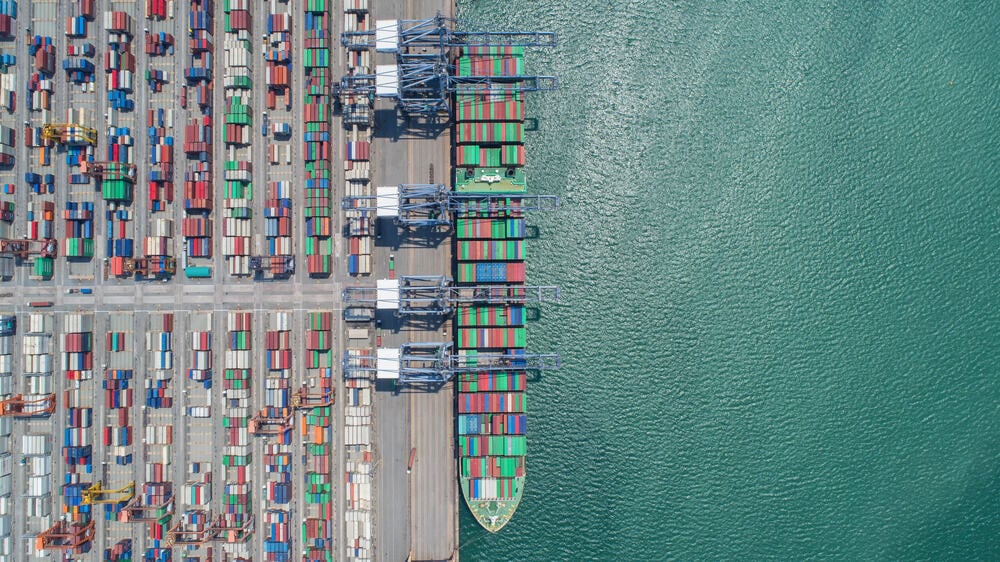 The Houston Shipping Channel forms a part of the Port of Houston and is one of the busiest shipping channels in the world. The channel was made by dredging the Buffalo Bayou and Galveston Bay to deepen the naturally occurring waterway. The 25-mile long port serves the area of Houston, Texas and the Houston Port Authority operates the main terminals. There are numerous terminals and oil refineries along the channel owned and operated by private companies who prefer the location due to its partial protection from weather events. The port connects the inland metropolis of Houston to the Mexican Gulf.

Shipping Bottlenecks in the Port

The Port of Houston primarily serves LPG, oil tankers, and container ships. These ships range in size from standard container ships, with drafts of 56-feet, to Panamax, Suezmax, and Aframax carriers. A majority of the cargo consists of crude oil from Texas and foreign oilfields coming to the refineries; and petroleum and other oil based products leaving these refineries. The growing expansion of the shale oil industry, and surges in Texas crude oil production, have led to a number of logistics problems for Texas ports, which were originally designed to accept oil imports instead of carrying out oil exports. Energy companies feared that container imports would limit the growth of oil exports, as large container ships would block the channel to other traffic for up to ten hours at a time. According to the harbor pilots’ rules, two of these large ships could not use the channel concurrently.

Energy companies formed a group called the Coalition for a Fair and Open Port to address the issue of growth in container shipping restricting the growth of oil exports. The obvious solution would be to widen the shipping channel, but this is a long process, which could take years. In the interim, the Houston Port Authority and Houston Pilots have allowed two-way traffic if a ship has a length of 1,110 feet or less and a beam of 150 feet or less, and a passing ship has a length, beam and draft of 601 feet, 106 feet and 35 feet, respectively. However, Texas Governor Greg Abbott has still signed into law a bill to ensure as much two-way traffic as possible in the shipping channel. As a result, ships longer than 1,100 feet in length cannot be piloted in the channel unless two-way traffic can be maintained. This legislation has been welcomed by the energy companies using the port and shipping channel, but has been strongly opposed by organizations such as the International Longshoremen’s Association, United States Maritime Alliance, and the Port of Houston itself. An executive director of the Port of Houston, Roger Guenther, advised that keeping the shipping channel open for all shipping traffic is in the state’s best long term interests, and that more focus should be placed on obtaining federal authorization for the widening of the shipping channel.

Expansion of the Houston Shipping Channel

The Houston Shipping Channel has been widened and deepened ten times from its date of inception over a century ago. The Houston Port Authority and Army Corps of Engineers have been conducting studies since 2010 to assess ways in which the port can accommodate larger tankers, as well as container ships. All parties unanimously agree that the increase in the size of ships, which now frequent the Port of Houston, requires that the channel be deepened and widened for the eleventh time. In the fall of 2019, the Corps proposed that only a portion of the shipping channel be widened from 530-feet to 700-feet. The increase of 130-feet will allow safe passage for larger ships, even with two-way traffic along the channel. The Houston Port Authority is of the opinion that the entire channel should be made deeper and wider in an effort to improve efficiency and safety. The Corps has stated that should the Port of Houston wish to expand the remaining 60% of the channel, it will have to do so at its own cost. The Port of Houston is adamant that the expansion of the entire channel is necessary along its entire length to prevent further bottlenecks upstream, which would merely be negating the effects of selective channel expansion. The Port Authority plans on asking Congress and the Assistant Secretary of the Army for Civil Works for assistance. Even if the Port can obtain its own funding, the project will still be subject to approval by the Army Corps of Engineers. The Army Corps is set to release a finalized report later this year, but if the normal processes are followed, the expansion could take up to 2030. The Port Authority has said that it is attempting to accelerate the process and wishes to have it completed in the next five years.

The Houston Shipping Channel services the largest petrochemical manufacturing complex in the United States. The Port of Houston is likely to approach some of the biggest private terminal operators to assist with funding. The nearby Port of Corpus Christi expansion is being partially funded by the Carlyle Group. Corpus Christi offers primarily exports for crude, while Houston offers exports, as well as storage, refineries and pipelines to move oil further east. Other major oil companies such as Enterprise Products Partners, BP, ExxonMobil, and other groups forming the Coalition for a Fair and Open Port are also willing to assist in the expansion, as many of them have large facilities from which they export refined products around the world. According to the Greater Houston Port Bureau, ExxonMobil is known to have sent representatives to accompany Houston Port Authority officials when meeting congress members to advocate for the expansion of the shipping channel. The bulk of shipping is done by energy related interests and it would align more closely with the interests of energy companies to have a larger shipping channel, which could support larger tankers as preferred by many Asian countries due to the economies of scale.