From NAFTA to USMCA: Key Facts About the New Trade Agreement 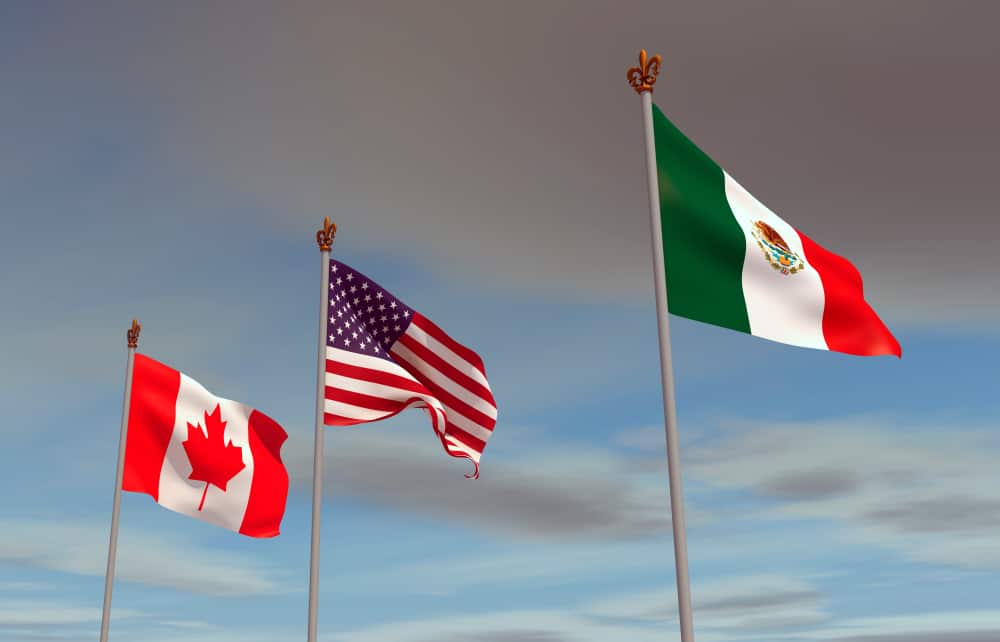 U.S. President Donald Trump recently signed into law a replacement for the North American Free Trade Agreement (NAFTA), known as the United States–Mexico–Canada Agreement (USMCA). In this article, we discuss the differences between both agreements.

Below is a brief overview of the history of NAFTA.

NAFTA went into effect under the Clinton administration with the aim of increasing trade between Canada, the United States, and Mexico by removing trade barriers, as well as most taxes and tariffs on imports and exports among the three countries.

NAFTA was actually negotiated by Bill Clinton’s predecessor, President George H.W. Bush, who decided to open trade with the United States. Bush originally tried to generate an agreement between the United States and Mexico, but the then Mexican president pushed for a trilateral agreement, which was signed in 1992 and entered into effect two years later.

NAFTA’s immediate goal was to increase cross-border trade in North America, and in this regard, it has undoubtedly helped stimulate an increase in trade and investment with more than positive results. Trade between the United States and Mexico in 2015 was $481.5 billion, between the United States and Canada it was $518.2 billion, and between Mexico and Canada, trade reached $34.3 billion.

Similarities and changes between NAFTA and USMCA.

Overall, USMCA follows the guidelines of its predecessor, NAFTA – the two agreements have many similarities and it is likely that the new agreement will be welcomed by the three parties.

The United States has not received substantial concessions and the changes are not so dramatic, nor do they provide significant privileges for any country over others. Despite this, rectifying the commercial agreement was of great importance for several reasons.

First of all, it was necessary to update an agreement stipulated 25 years ago, without any reference to electronic devices or the internet, which nowadays occupy a significant importance in trade. Thus, the new treaty provides for a chapter on electronic commerce, defining rules for digital commerce, and represents a model for future trade agreements between states.

Some of the most important provisions under the USMCA include:

1. Better access for American farmers to the Canadian dairy market. This means that U.S. farmers will be able to sell their products in Canada without pricing arrangements.

2. Exchange rates: The three countries undertake not to manipulate exchange rates and to consult each other on their respective economic policies.

3. A change from the percentage of car parts to be produced in North America in order to qualify for zero tariffs. In particular, the original percentage of 62.5% changes to 75% with the aim of strengthening the production capacities of the three countries and increasing the automotive workforce.

4. Introduction of the “sunset clause”: the three leaders added a clause to the agreement which states that it will expire after 16 years. The three nations will also review the treaty every six years to decide whether they wish to extend it or not. In NAFTA, however, there was no automatic expiration clause or a predetermined end date for the agreement and each of the three countries were allowed to withdraw with six months’ notice.

5. The Chinese clause: A state that is part of the USMCA and that intends to negotiate a trade agreement with China (and also North Korea and Cuba) must notify the other two partners in advance. Furthermore, before signing the agreement, it must allow the two partners to examine the final text. If the agreement is signed, the other two members of the USMCA have the right to withdraw from the same USMCA, if they consider it. The aim is to discourage any trade negotiations between Canada, Mexico, and China.

Especially now where the United States has decided to limit its dependence on China, strengthen the partnerships with other key countries, and differentiate the sources of its import and export partners, the USMCA can be beneficial for U.S. in the future.