Growing Interest of the Northern Sea Route for Global Trade 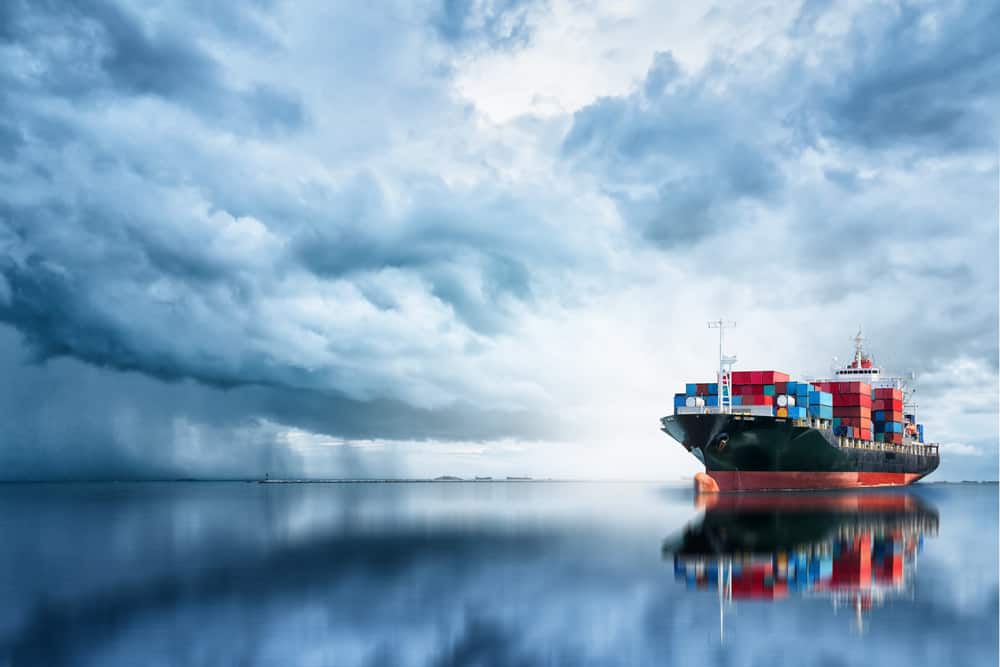 Intercontinental maritime trade routes and transportation have been facilitated traditionally by following the path through the Panama Canal, Suez Canal, around the tip of South America, and the horn of Africa.

These have been the only viable sea routes in the world until the emergence of the Northern Sea Route (NSR) in recent years; especially with the increase in global temperature making the NSR ice-free for a limited period every year. The NSR can also connect major Asian and European ports while providing a travel distance 4,000 miles shorter than the Suez Canal. This reduction translates to lower transit time, higher vessel productivity, lower operating costs, and lower emissions.

The NSR covers approximately 3,000 miles where ships can usually pass through the Kara Sea, Laptev Sea, Chukchi Sea, and East Siberian Sea. Vessels from the west enter the NSR via the Yugorskiy Shar Straits and the Kara Gate (also known as Karskiye Vorota). Alternatively, ships can go around Cape Zhelaniya to pass by Novaya Zemlya Island from the north. Meanwhile, the Bering Strait provides an entry to the NSR from the east. Although the NSR serves as the shortest sea route linking Asia and Europe, it was not used regularly by shipping lines due to the harsh icebound environment. For many, the Arctic is a dangerous place for navigation given its extreme weather conditions and vast, poorly charted terrain. Due to these factors, navigation and recovery efforts along the NSR are highly complicated. Aside from the hazards – such as low temperatures, sea spray, icebergs, and Arctic storms – the reasons why the NSR has been inaccessible to the majority of the seafaring world are: poor navigation technology and mapping; draft restrictions and hydrographics; inadequate port infrastructure; poor communication; challenging rescue and recovery; and security concerns.

In August 2019, CMA CGM declared that the company’s ships are not going to use the NSR as a substitute to the already crowded Suez Canal between Asian and Europe.

According to the company, the decision to not use the NSR stems from the issue of environmental risk. CMA CGM recognizes that the Arctic is rich in biodiversity and plays a crucial role in maintaining the world’s currents and climate patterns, adding that using NSR will constitute a considerable risk to the natural ecosystems only found in the region. The risk, the company claims, could come from marine accidents, oil spills, and physical disruption of wildlife by ships.

The year of 2018 set a record for the NSR in terms of the 18 million tons of cargo that passed through the route – more than four times the figure in 2013. On average, 20 vessels currently pass the NSR during the winter season. Most of these vessels are large ships that carry hydrocarbon materials. In an effort to explore the possibility of using the NSR, Maersk Line’s, Venta Maersk, completed its trial passage through the route in September 2018. The Venta Maersk is an ice-class cargo ship with a gross tonnage and deadweight of 34,882 and 39,964, respectively. The vessel’s voyage started from Vladivostok and ended in the port of Saint Petersburg, Russia. The total NSR voyage took 30 days from Venta Maersk’s departure from Busan, South Korea to Bremerhaven, Germany. To test the NSR vessel, crew, and support functionality, Venta Maersk ferried 660 reefer containers while gaining operational experience. Despite the success of Venta Maersk, the company noted that the NSR is not expected to replace currently used commercial routes. The voyage was a one-off trial since the NSR requires additional investments for ice-class vessels. Nonetheless, Maersk is following developments in the NSR for possible future consideration.

The growing interest in the NSR is mainly due to the potential of replacing or supporting current shipping lines.

Aside from these commercial interest, there is also geographical and geopolitical interest that arise with the melting ice; which means there are new territories and resources in the Arctic region for major economic and political powers to squabble over. With the climate change and melting Arctic ice, a new sea lane has become available, but currently for ice-class ships only. The NSR has been inaccessible for most ships due to the presence of icebergs and extreme weather conditions that pose danger to navigation. However, the NSR has the potential to considerably shorten travel time and compete with the Suez Canal route, attracting interest from Northern European, China, and other Asian countries that are investing in the NSR. Already, a number of container ships are playing the NSR and it is only a matter of time before the new route becomes a viable option for countries that are keenly waiting for its full operation.