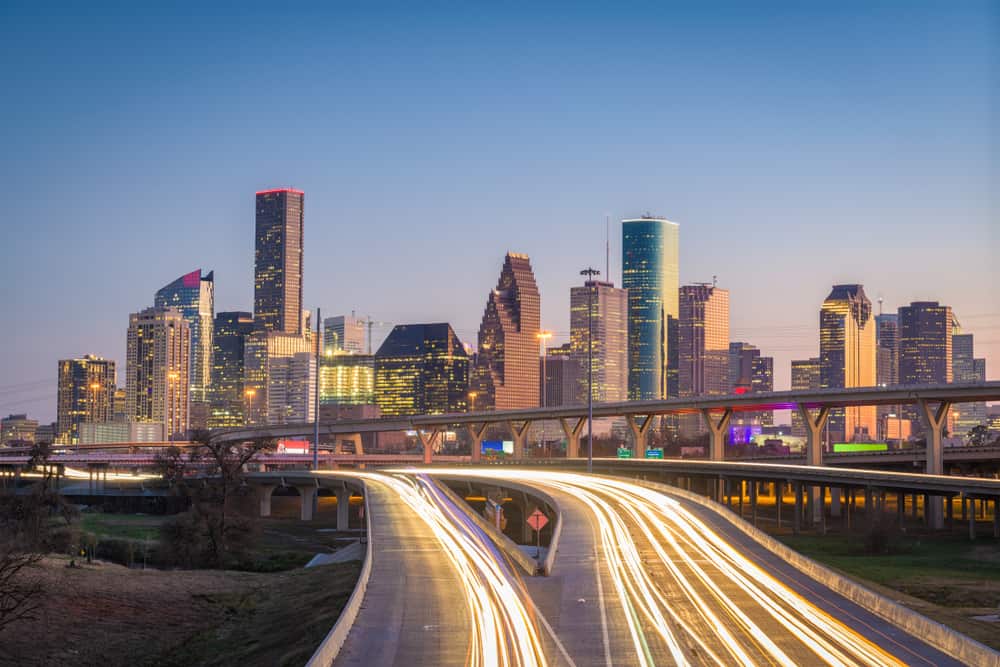 While many consider Houston an energy capital, with its sophisticated port, road, rail and air infrastructure Houston builds itself as a global hub for shipping for many companies across a wide spectrum.

Below are some of the reasons why Houston is important and critical to the shipping industry.

1. Population: Due to its rapid economic growth, Houston is attracting young professionals. Both international and domestic immigration is increasing Houston’s capacity for more business immigration and a larger young population. Houston hosts the second-highest number of Fortune 500 company headquarters after New York (with 22 headquarters to New York’s 45 headquarters.) Additionally, approximately 5,700 companies are actively involved in foreign trade in the region.

2. A Wide Range of Industries: Houston is a leading center for building oilfield equipment and home to many petrochemical companies, and energy giants. However, besides energy, a broad industrial base of the manufacturing, aeronautics, transportation, and healthcare industries is thriving in Houston.

4. Houston has sophisticated port, road, rail, and air cargo transportation infrastructure: The Port of Houston has invested hundreds of millions of dollars into new infrastructure and technology. They aim to improve customer experience by leveraging new technology and capacity. Houston’s Bayport Terminal received 3 new ship to shore cranes in 2018 and Barbours Cut Container Terminal, a 40-year-old terminal, is also benefiting from modernization by receiving new cranes and investment.

Road construction in Houston is also supporting a growing volume of land transport.

Houston also has an airfreight infrastructure that supports its expanding air cargo volume.

Houston is a global manufacturing and logistics hub.

With the strategic location of the Port of Houston, two international airports, 32 active foreign chambers of commerce, more than 90 foreign consulates, and more than 5,700 firms engaged in foreign trade,Houston is one of the world’s busiest centers for both export and import activities. During the second quarter of 2018, for example, the Port of Houston handled 1,057,964 TEUs. Led by strong import volume, Houston is outpacing U.S. trade in 2018. During the first six months of 2018, Port of Houston imports from the Trans-Pacific region jumped 24 percent, a significant hike compared to overall U.S. Trans-Pacific imports, which only increased by 5 percent.

Latin America and Southeast Asia both present a growing opportunity for U.S. importers and exporters.

Almost forty percent of all U.S. exports are shipped to Latin America. This is to be expected as the U.S. has free trade agreements with 11 Latin American countries (Chile, Colombia, Costa Rica, Dominican Republic, El Salvador, Guatemala, Honduras, Mexico, Nicaragua, Panama, and Peru). Top commodities that are in demand in Latin America include (but aren’t limited to) agricultural products, automotive parts and supplies, building materials and services, computers and peripherals, cosmetics, food and beverage, forestry and woodworking machinery, and industrial chemicals.

There are two primary types of ocean shipping services for goods shipping to Houston.

1. All Water Service direct to Houston Port: From China, shipments take around 30 days, from India around 35 days, from West Europe around 14-15 days, and from the Middle East 20-22 days.

2. Mini Land Bridge (MLB) Service via rail connection from the U.S. West Coast to Houston Rails: Transit time on the U.S.-Pacific trade lane is around 25 days – 5-6 days shorter than all water service. For urgent shipments, this service can be promoted. Of course, due to its rail connection, MLB service is more expensive than All Water Service. It is important to keep updated on congestion issues at the U.S. West Coast, as there may be delays and a back log in rail transfer. In these cases, transit times can be up to 30 days longer for MLB service.

Steamship lines that serve Houston both via all water and via west coast are:

Steamship lines that serve Houston only via west coast rail service are:

A freight forwarder has the specialized knowledge to prepare the types of documents required for moving goods via sea, road, rail or air.

There’s pick, pack, storage, distribution, warehousing and trucking considerations that need to work in sync for harmonious supply chains. As MTS Logistics, we are a “one-stop shop” in logistics needs in Houston. We expect Houston will become more important in 2019 and as MTS Logistics, we will be there to contribute to the growth of Houston.

Orkun Gonen
Orkun is originally from Turkey and raised in the southern coastal city of Mersin, well known for its warm weather, and commercial marine port and free zone. Orkun’s interest in the shipping industry can be traced back to his childhood and his proximity to Mersin Port and free zone operations. He received his Bachelor’s degree in Global and International Affairs from Binghamton University. Orkun also holds a Bachelor’s degree in international relations from Middle East Technical University Ankara. He previously worked for a global container shipping line and a New York City based freight forwarder holding various positions in operations, customer service, and sales. Orkun is currently our award-winning sales executive covering and developing several areas: Texas, Kansas, Missouri, Tennessee, and New York. He travels to each of these locations every month to meet his clients, prospective clients and vendors in-person to ensure harmonious supply chains. Due to his operational background in the shipping industry, his clients appreciate his knowledge as value in their supply chain and lean on his expertise. His customer service background ensures that his clients experience a very pleasant shipping experience based on open communication, proactivity, and the satisfaction of selecting the right service. Orkun is a firm believer in trust built from the promise and delivery. He tailor fits the service specifically for each of his clients, covering all their special expectations and requirements. Fun Facts: His parents tricked him to taking classical music education and piano lessons since the age of 6. In time, he turned his attention onto other musical instruments and genres, but this eventually turned him into a music nerd playing several instruments. In his spare time, he plays piano, guitar, and drums, and goes to concerts.
RELATED ARTICLES
Industry News