HomeShippingHow Containers are Loaded on a Full Container Ship
FeaturedShipping

How Containers are Loaded on a Full Container Ship 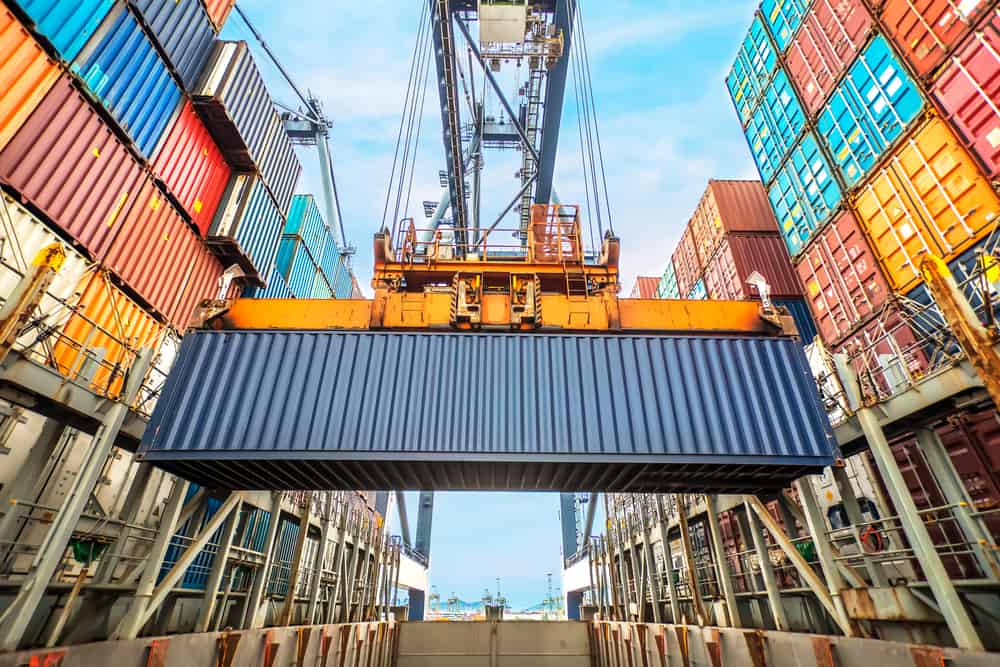 Sometimes, customers ask us to have the steamship line load containers on a ship’s deck, or on top of all other containers to avoid risking cargo being squeezed and damaged due to collective container weight. Unfortunately, these requests are out of our control.

In this article, you will learn how containers are loaded onto vessels, what types of parameters and constraints there are when loading, and why there is such a specific loading process.

Overview of the structure of a container ship.

Every stowage takes the structure of the ship into account. Thinking about the ship as the “container” where the objects must be inserted, it is clear that its shape, size and load capacity are the first pieces of data necessary to solve the stowage puzzle.

The below figure shows the structure of a full container ship, through a horizontal and vertical cross section. We can see that each cross-section of the ship, or bay, is made up of a fixed number of locations, called cells, of measurement and number varying according to the ship’s configuration. Each cell is identified by three indices, each consisting of two digits, which give it its position in three dimensions, in particular: 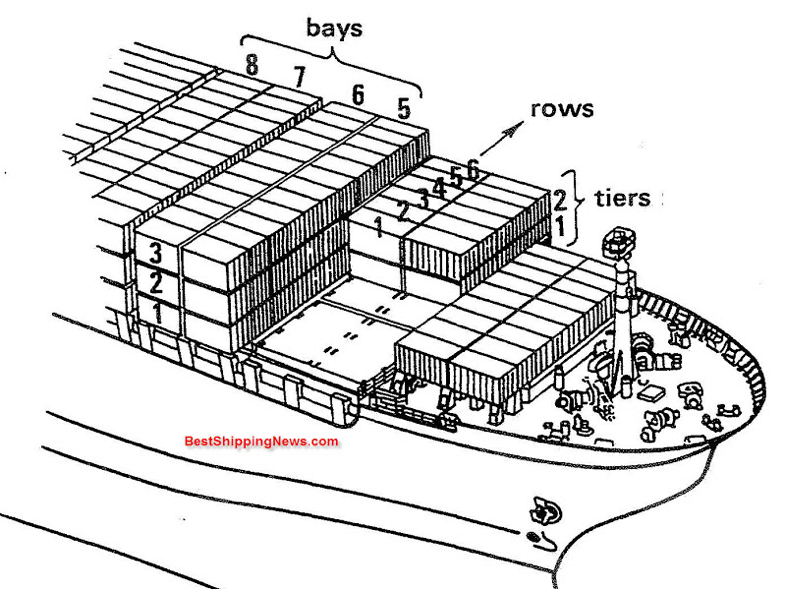 Each container is then stowed in a cell, located in a bay, positioned on a certain row and at a certain level.

All information relating to the structure of a ship is entered in the “ship profile” sent by shipping companies to the stopover terminals of each ship’s route. This document contains all the information related to operational and structural constraints of the ship, the number of bays, rows and tiers of which it is composed, and the set of Bay Plans that allows one to know, for each bay, the number and position of the cells available for stowage.

Overview of operational and structural constraints when loading containers.

The manifest, sent by each shipping agency for loading containers on a particular ship, contains an accurate description of each container, from which it is possible to know its type, size, weight and final destination.

First, containers for dangerous goods cannot be stowed on deck and in contiguous cells, while refrigerated containers must be stowed in particular cells, as they require the proximity of a power outlet to maintain the temperature necessary to avoid damaging goods during transit.

Next, Out of Gauge containers, which may be extra height (O/H), extra width (O/W) or extra length (O/L), are problematic for a couple of reasons:

Usually, for specialty containers, the Vessel Planner decides the position of them on board, based on ship information, trip specifics, the various ports called, and the quality and quantity of the cargo already on board. However, one exception is containers for dangerous goods. With these containers, the Vessel Planner must comply with the Harbor Authority’s instructions at the time of issue of the authorization to embark. For the terminal, these decisions require mandatory positioning be followed when preparing the loading plan, whether or not such positioning is best-optimized for the overall ship.

Regarding cargo destination, general stowage constraints require that containers be discharged at the last port of call, be first stowed, placed in the ship’s lower tiers, and be unloaded in landing ports previously touched during port calls. This particular aspect is very important for minimizing the time spent by the ship in the port for discharging.

Finally, so-called stability constraints refer to a correct weight distribution on board the ship. In general, it should establish the safest way to stow containers on board. Stability constraints not only refer to the calculation of the stability, but also to rules derived from the above-mentioned constraints and the experience and knowledge of the cargo and ship. They help to establish the most-correct way to proceed with the arrangement of containers on board, so that a balanced distribution of weights is already considered in this phase.

Stability constraints require that the ship be loaded in such a way as to be able to successfully deal with its own navigation in all weather conditions. This means that the containers must be stowed in such a way as to avoid the buckling, sagging or twisting of the ship, which could, in extreme cases, cause splitting or otherwise compromise navigation. It is also advisable that the stability constraints are respected even after eventual landings in intermediate destinations, to avoid unbalancing due to the unbalanced discharge of containers.

Together, all of these factors are taken into account when loading containers onto a full container ship.