How Did Ships Navigate Before GPS? 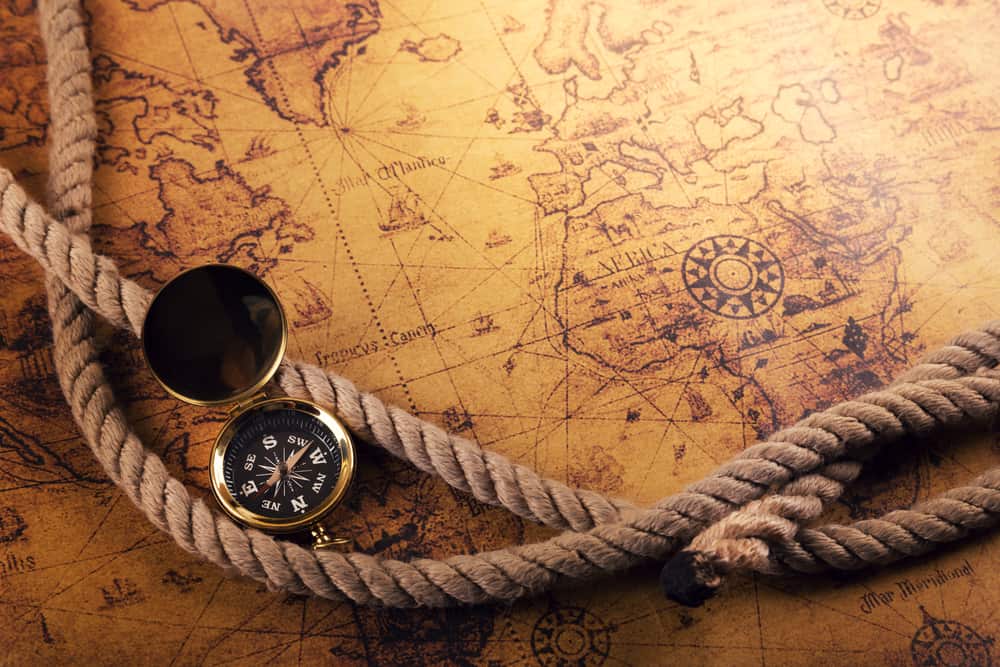 Nowadays, technology is good but think about the old days.

There was no technology and you are in the middle of the sea, the land is not visible – what were they doing to navigate?

In the old days, ships without technology would continue their journey without getting lost as staying close to the shore as possible and follow the shoreline. The reason for this was that if the land disappears, they could start to make large circles around themselves without even noticing, so they were using the land as a guide to follow the shore.

The first discovery that worked for sailors was “dead reckoning”.

With this method, sailors were able to calculate how far they traveled per hour or per day. By using maps, dead reckoning and the magnetic compass, captains began to measure where and how far they traveled. However, in unfavorable weather conditions, such as a storm in the middle of the ocean, the margin of error increased. It was very difficult to orient the ship correctly. Therefore, 1-2 week trips in a nice weather were most reasonable with this method.

When the sailors talk about the location of a ship, the terms they say are “longitude” and “latitude”.

If we know the time exactly, we can calculate the latitude and longitude along with the angle of the sun, the date, and time. Of course, this navigation table must show the correct values. The key here is knowing the time exactly. However, at that time, this was not an easy thing because the measurement of longitude is made by comparing the time-of-day difference between the mariner’s starting location and new location.

In 1714, England announced that it would award money to the person who would invent a machine that shows exactly the right time. John Harrison came up with an invention that won the 40-year race and made a “chronometer”.

In 1779, British naval officer and explorer Captain James used Harrison’s chronometer to circumnavigate the globe. When he returned, his calculations of longitude based on the chronometer proved correct to within 13 kilometers (8 miles). From information he gathered on his voyage, Cook completed many detailed charts of the world that completely changed the nature of navigation.

Later, the direction-finding process became very easy thanks to the navigation. The current ships can see where to go thanks to the global positioning system – GPS.

Onur Akarcahttp://www.mts-logistics.com
Onur was born and raised in Turkey, where he got his Bachelors Degree in Business Administration. Onur worked as a Logistic Manager for a garment importing company for 10 years before joining MTS. He has been working in sales at MTS Logistics since February 2008. Having been on the other side as a logistics manager for a garment importing company helps him to understand what customers need from a logistics partner, especially for time sensitive cargoes like garment. Fun Fact: Onur loves skiing and soccer!
RELATED ARTICLES
Maritime