How Will TPP Effect China? 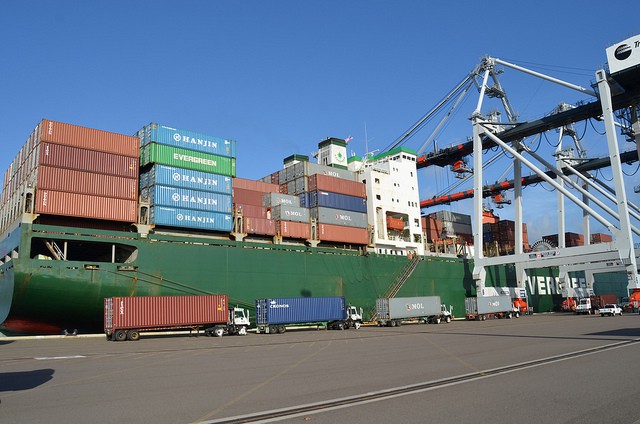 Trans Pacific Partnership is a trade agreement between 12 Pacific region countries (Brunei, Chile, New Zealand, Singapore, Australia, Canada, Japan, Malaysia, Mexico, Peru, USA and Vietnam) where negotiations were finalized in October 2015. The agreement’s main goal is to “promote economic growth; support the creation and retention of jobs; enhance innovation, productivity and competitiveness; raise living standards; reduce poverty in our countries; and promote transparency, good governance, and enhanced labor and environmental protections.” However, many believe it’s also aiming to isolate or contain China (which is arguably the world’s biggest economy now). The biggest question here is if the effects of this agreement will have large consequences on China’s growth in the near future.

There is no doubt that there was a status loss for China for not being considered in the agreement. This is due to limited intellectual property protection as well as other reasons. The biggest effect is thought to be manufacturing switching from China to South East Asia, since China cannot enjoy the reduced tariff barriers & preferential market access. Some also believe that the effects will not be as harsh as expected due to various reasons. One example is China can still form its own local trade alliances between member countries so they will be free to do business as before. A lot of nations advised their concerns over China’s isolation with this agreement so it seems China can still enjoy the advantages that it has. Another example is China continue to have its own challenges in terms of unemployment & urban migration. So, even though it did show some progress to comply with WTO rules, implementing more rules & regulations through new agreements will be quite tough for China to achieve. One last example is China has censorship & stricter information policies so if China were to be allowed in the TPP they will have to ease the censorship in some fields where the government might be reluctant to do so.

The options that China has at this point is to wait and see approach. There was another agreement (ACTA) which was signed by EU, US and other developed countries.  Even though the agreement was in 2011, it has still not been implemented. In US, the agreement also has to go through different processes. We must wait and see if this might be a good approach for China. Also, China had an alternative agreement between pacific countries (ASEAN) where if TPP becomes a threat they might implement new trade agreement (like ASEAN) as alternative. One last thing that China might do is to get closer to EU since EU is also left out with the TPP. So, instead of becoming partner with US, China might change its partnership.

In short, TPP is a new partnership that took over 7 years to become effective, and definitely it will have some effects on the Transpacific trade. However, time will show if the effects on China will be as severe as it is thought to be, and how China’s counter measures might affect the future of TPP.