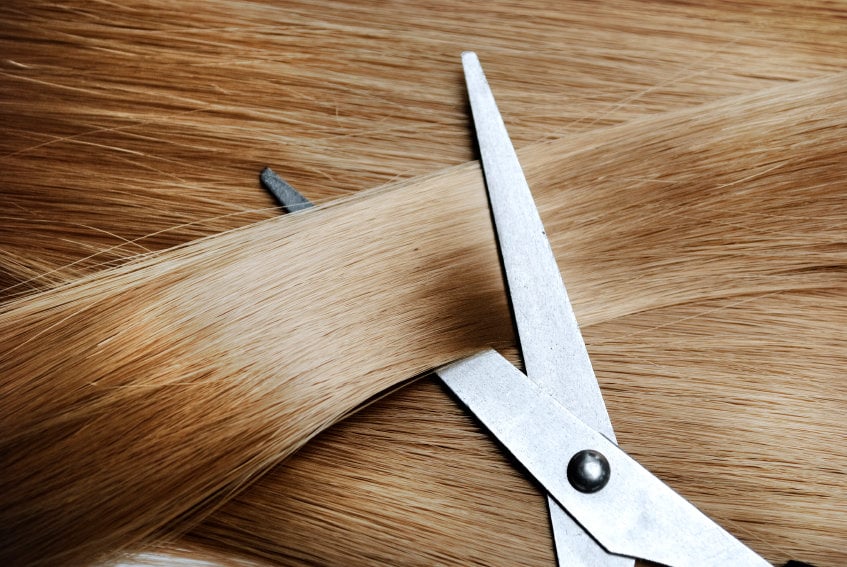 You might be surprised but human hair is actually a well desired commodity. Hair is pretty important for women as you can look elegant and not have to spend hours in front of the mirror. But why use hair that once belonged to someone else? People spend a lot of money on this because their biggest expectation is that they will instantly look like their favorite celebrity!

More than 700kg of human hair has been imported for “natural” hair extensions in the past five years at a cost of $226,000. An extension using Indian “temple hair” can cost up to $5500 in Melbourne. It often costs 3000 rupees or more to wear human hair, but the hair shops gets grade-A human hair directly from India, Brazil and Peru, from a single supplier and pay about 450 rupees a packet.Human hair imports have skyrocketed and most of it comes from impoverished women in Third World countries. Some of the “farmed” hair is obtained from India, where women shave their heads and donate hair, either prior to marriage or as part of a Hindu sacrifice. Two types of hair are collected in India. One is Remy hair (the highest grade of human hair, a preferred choice for hairpieces and wigs because it creates a natural look) collected from temples where pilgrims tonsure their hair as part of a religious vow. The Tirumala Tirupathi Devasthanam (TTD) is where the most such tonsuring happens. The temple authorities classify it and sell it on the basis of global tenders through the Metal Scrap Trading Corporation, earning 300-400 rupees core a year, according to industry sources.

The second kind is non-Remy hair-household waste collected by gypsy groups or nomads from villages, who sell it to dealers in hair, who in turn sell it to hair export firms. The latter process it, make it reusable and export it to the West, where it is used to make wigs and hairpieces. Several lakhs of people work in the collection, stocking, and processing of hair.
Human hair export from India is about $400 million at the current exchange rate, and the country is a key player in the global beauty industry. China is a much bigger player, with hair exports of $5 billion and it is the most popular source country, with imports growing from 13kg in 2007 to 275kg last year. However, Indian hair is considered more suitable for Caucasian hair, and this has increased its acceptability. Even the Chinese industry mixes some Indian hair to improve the quality of the hair it sells.

Between 4th of August to 4th of September 2014, India exported human hair worth $21,682,424 followed by United States and Vietnam which exported human hair worth $3,118,773 and $939,230 respectively. Vizag Sea accounted for 32% of export followed by Madras Air and Hyderabad Air which account for 27% and 11% of imports respectively. Average value per shipment of human hair exports in India is $555,960.
Indian exporters of human hair, a majority of them small enterprises, are facing a peculiar challenge-raw human hair is allegedly being smuggled across India’s land borders to countries like Myanmar, thereby hurting potential foreign exchange earnings.
As a result, it’s obvious that human hair business is growing very fast and the industry needs to be regulated to ensure products come from voluntary and reputable sources.

Zeynep Izmirlihttp://mts-logistics.com
Zeynep was born and raised in Turkey. She got her bachelor degree in Labor Economics & Industrial Relations from Uludag University. In 2008, she came to USA to continue her education and started her master degree at Johnson and Wales University in Global Business. Zeynep has been working with MTS since 2012 as an import specialist. Fun Fact: Zeynep used to be a folk dance teacher in Turkey. Now, she is practicing Tango and Swing dances.
RELATED ARTICLES
21st Century Challenges