What Should Be the Ideal Currency in the International Shipping Industry? 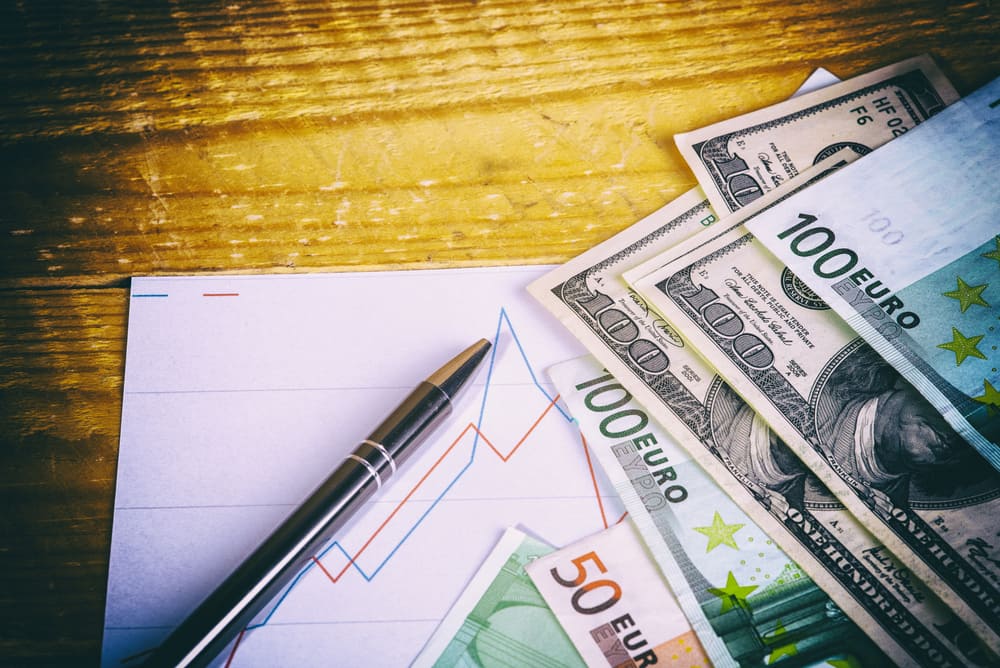 For years, the worldwide container shipping industry has been in a crisis. Low demand and an overcapacity on the global market have been holding freight rates at a low level. In addition, doing business in U.S. dollars is an industry-specific risk that also scares investors.

Over the years, steamship lines worldwide have been struggling with a lasting crisis in the container shipping industry. While the market keeps stagnating, a clear surplus can be seen on the supplier’s side. Freight ships with ever increasing load capacities, and the merging of shipping lines into alliances, have been steadily pushing the container transport prices to a level that hardly allows many international freight forwarders to even cover their own freight costs.

The first step is to determine the genuine effect of the currency or commodity swing on the supply chain.

Although a business might be based in a certain country, and affected by a currency swing, it is likely that part of the cost is based in another currency. For example, sourcing from a Swiss supplier (with prices set in Swiss francs) would obviously be costly in today’s climate. Upon deeper investigation, however, the business might find its supplier is sourcing a proportion of its raw materials and subcomponents from Turkey, and paying for them in Turkish Lira. Knowledge of this scenario could give the business some room to renegotiate costs and protect its profit margin.

On the below table, you will find the countries’ import and export performance, based on 2014 statistics.

Based on the total TEU numbers below, China is alone in leading world trade. However, when you go into details, there is logic behind using the U.S. Dollar on most international trade transactions. China has been an exporting country, having an advantage with its low labor costs. Therefore, this makes Chinese products more competitive in international trade, and it makes them even more profitable earning U.S. Dollars, while paying in CNY. On the other hand, the U.S. benefits from having a greater U.S. Dollar exchange rate versus CNY.

When it comes to Ocean Freight rates, since China has low labor costs, as an Origin/Destination, getting paid in China, in CNY, for local charges will not make any difference when your cost is in CNY. However, if you are buying on FOB – New York to Shanghai basis, and paying the charges in China as U.S. Dollars, this is not beneficial for Chinese buyers, as U.S. Dollars might gain value during the voyage. If they pay in CNY, while the carrier’s cost is calculated in U.S. Dollars, then over the voyage, the U.S. Dollar may gain value, causing loss in margins.

There is uncertainty in calculating actual factors for loss in the international container shipping industry.

The first question that comes to mind is: Do carriers really know their cost structure and cost accuracy 100%? I do not think so, because listing the name and cost on a particular case is easy, however, we cannot ignore currency factors in shaping the cost structure for carriers when figuring out their profit margin and its percentage.

Below, we outline the name of the cost factors roughly for better understanding to see the bigger picture:

These are either in Local currencies per country, or in U.S. Dollars; therefore, currency fluctuations matter! You may think that carriers have a locked-exchange rate deal with their banks, or you can say that they pay in, and get paid in, local currencies, but this is not the case all the time. The currency difference per country greatly affects calculating the cost 100% accurately.

For instance, Maersk Line – their headquarters is in Copenhagen, Denmark, and their rates are globally controlled and centralized in Copenhagen. Therefore, for operating, they have a labor cost in Danish Currency, in order to have people make decisions for Maersk global shipping operations from one location. Their cost is in Danish currency, no matter how much they make money in U.S. Dollars in most countries. Depending on the Danish Krone’s currency power against the U.S. Dollar, this determines the advantage of paying in Danish Krone, and earning in U.S. Dollars.

We can expand this question when talking about ocean freight rates, and the origin/destination of cost factors, in order to figure out where the carriers can make money. When an ocean carrier provides you an ocean freight rate from Houston Port to Callao, you will receive freight in U.S. Dollars, and destination charges in SOL, the Peruvian Currency. This can also be in U.S. Dollars, depending on carriers’ collection procedures. As of July 6th, 2017, 1 U.S. Dollar equals 3.25 Peruvian SOL, so when there are Destination Terminal Handling Charges in $150 U.S. Dollars, for example, this is SOL 487. Collecting this charge in U.S. Dollars at the destination can be painful if there are frequent fluctuations in the exchange currency against the U.S. Dollar. It is also painful if government restricts or limits trading in U.S. Dollars. Therefore, carriers must review local governmental applications, and approach to/on foreign exchange currency. If the Peruvian government restricts trading in U.S. Dollars within Peru’s territory, then carriers must show the DTHC as Prepaid, or include in ocean freight, to avoid dealing with collection issues at destination. Knowing local issues, and preparing global solutions, will always help carriers avoid such problems.

Calculating local costs in U.S. Dollars, and protecting yourself against currency fluctuations, are crucial factors for staying profitable in the international shipping industry. Since there are no products being traded other than providing and selling transportation services worldwide, things will be always tough when considering local risks in costing and calculating profit.

Aytac Akgul
Aytac Akgul was born and raised in Istanbul, Turkey. He got his Master’s Degree in International Transportation Management from State University of New York - Maritime College in December, 2012 and He got his bachelor of science degree in Transportation and Logistics from Istanbul University in June, 2010. He previously worked for Maersk Line in Istanbul, Turkey. He is now working for MTS Logistics, Inc. as a Business Development Manager since May 2015.
RELATED ARTICLES
Industry News