Impacts of Withdrawal from the Trans-Pacific Partnership 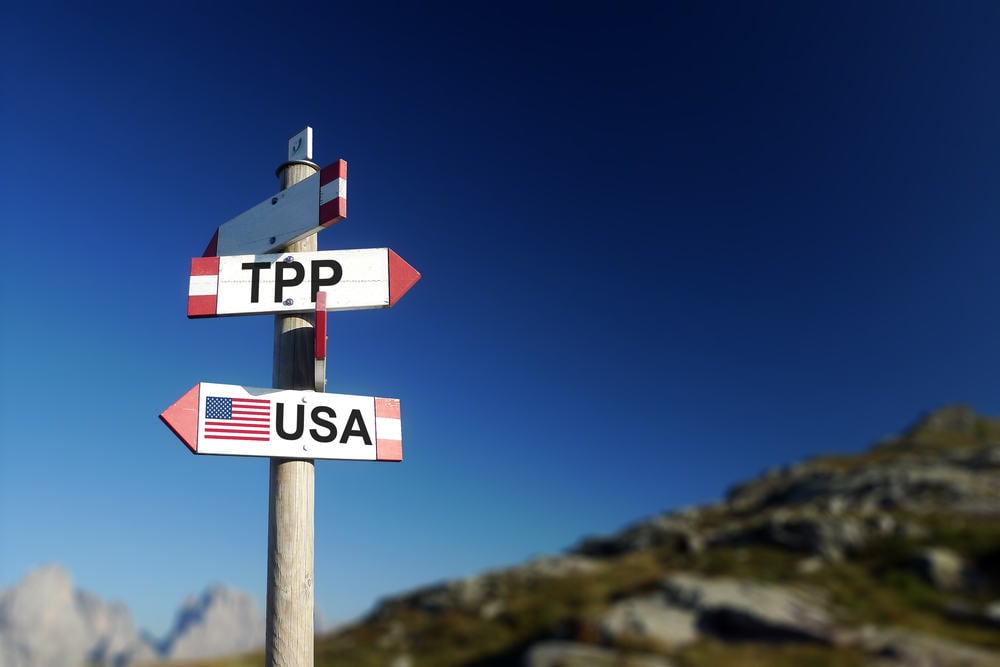 The Trans-Pacific Partnership (TPP), negotiated under former U.S. President Barack Obama, is a multinational pact between Australia, Japan, Mexico, Canada, New Zealand, Peru, Chile, Peru, Malaysia, Singapore, Vietnam and Brunei. Though the TPP was never passed by U.S. Congress, President Donald Trump has signed an executive order to officially withdraw the United States out of the Trans-Pacific Partnership, as he had pledged to do during his campaign.

Withdrawal from the TPP is seen as a win for most labor groups, because they believe withdrawal would help alleviate the loss of manufacturing jobs and lower wages in our nation. The labor community has a good argument given that, according to U.S. Bureau of Labor Statistics, between the years 1999 and 2011, 6 million manufacturing jobs were lost, and free-trade agreements were a major factor in those losses. Let’s review some negative aspects of withdrawing from the TPP.

What are the negative impact of the United States’ withdrawal from the TPP?

First, one of the biggest negative impacts is the loss of opportunity for U.S. exporters. As United States Senator John McCain said, “This decision will forfeit the opportunity to promote American exports, reduce trade barriers, open new markets, and protect American invention and innovation.” TPP countries account for almost 40% of the world’s economy, and the TPP’s goal was to reduce or remove import tariffs of American goods, which would give American export goods a chance to expand their trade and business. Withdrawal from TPP means businesses will lose these potential market shares of industries, such as farmers in the poultry market. Technology companies, like Google, will benefit from less government regulation.

Second, withdrawal from TPP weakens our trade alliances. With the U.S. withdrawn from the TPP, there is a big void to be filled by another large economy like China or Russia. This will reduce U.S. strength in the ever-changing global economy. Amongst TPP signatories, they were forced to reach out to other Asian countries to fill the void left by the U.S., notably China. This will boost China’s “One Belt One Road” project, in place since 2013 to create maritime infrastructure to connect more than 60 countries for easier trade with China. This infrastructure is estimated be worth near $900 billion when completed, and will help China reach far more potential customers to sell off surplus goods, while not being largely dependent on the U.S. When this happens, the U.S. will have less influence over China.

It is understandable that more manufacturing jobs may be lost. Protecting middle-class workers is very important for U.S. to have a strong, robust economy. However, the U.S. needs access to foreign economies to grow its economy. These TPP changes put the U.S. in an awkward position in the global market. During the next 4 years, the Trump presidency will produce lots of uncertainty – let’s all brace ourselves to wait and see what happens next.