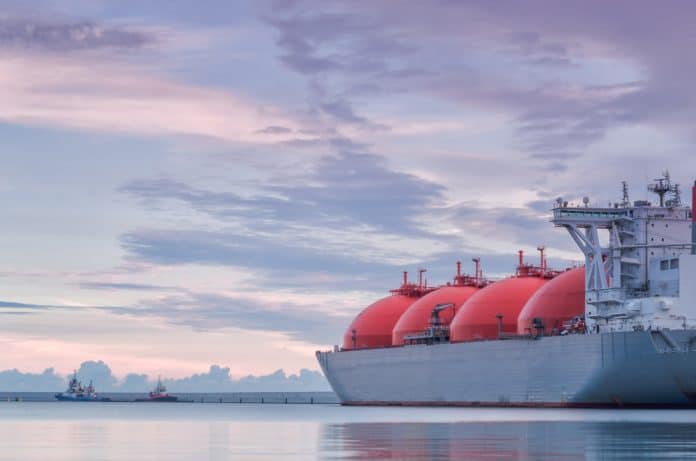 As I discussed last week on More Than Shipping, a substantial pipeline of Japan’s liquid natural gas was threatened by an inability to reinsure shipping fleets coming to and from Russia. While the plant in question lays far from the war raging in Ukraine, Japanese shippers still faced pushback from dealing with the state owned, Gazprom-operated Sakhalin-2 LNG hub in Eastern Russia.

While the E.U. and U.S. have imposed harsh sanctions on Russia and Russian companies since Moscow’s invasion of Ukraine in February of last year, Japan has remained one of Russia’s largest buyers of liquid natural gas (LNG).

But companies like Mitsui O.S.K. Lines (MOL), Japanese owned and operated fleets of LNG tankers, aren’t all backing down. MOL is the single largest buyer of LNGs in Russia’s eastern ports of Sakhalin-2 LNG export terminal and the Yamal LNG export plant. So while many have chosen to pull their business that’s coupled with wartime sanctions, Japanese organizations forge on despite unknowns around insurance.

In a New Year statement to all employees issued earlier this week, MOL CEO Takeshi Hashimoto said, “some companies decided to withdraw from Russia-related business, but our group will continue to offer stable transport services, placing the highest priority on securing the safety of crew members, cargo, and vessels, as a company that develops a social infrastructure business centered on ocean shipping, transporting commodities essential to people’s lives.”

This is big news for Japan, who as we reported last week faced a potential energy crisis from losing over 9% of their incoming LNG. Hashimoto went on to add, “considering about strategic importance of energy supply under current circumstances, we will continue our energy transport business, mainly LNG, from Russia, as long as we can, and this is also in line with the direction of the Japanese government’s policy… Of course, at the same time I pray that the situation will be brought to an end as soon as possible and that the people of Ukraine will return to safety and peace.”

While carriers like MOL are solving a short term problem for Japan as a whole, plans are already in place to mitigate Japanese reliance on Russian LNG. The state-owned Japan Bank for International Cooperation has stepped in with $71 million in financing for MOL’s new LNG project in Senegal.