HomeShippingMercy for the World: An Overview of Hospital Ships
FeaturedShipping

Mercy for the World: An Overview of Hospital Ships 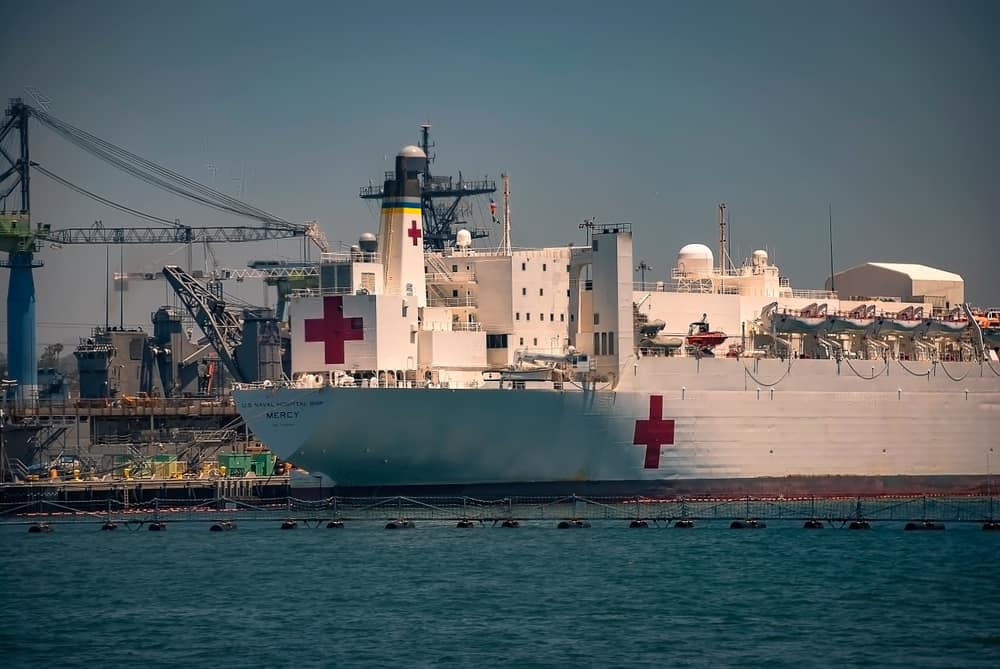 On a sunny Sunday afternoon, while I was jumping from one news feed to another, I saw an article about Mercy ships and the latest news about Global Mercy, which will be the world’s largest civilian hospital ship. She is still under construction in Xingang, China and she’s being planned to be ready in 2021. Mercy Ships’ blog states that “Over the next 50 years, it is estimated that more than 150,000 lives will be changed onboard the Global Mercy through surgery alone, and countless more lives will be impacted through the ship’s medical training and infrastructure programs. In close collaboration with our host nations in Africa, the Global Mercy, together with the Africa Mercy, will more than double the impact of our work.”

The idea of helping people who are in need of medical care gave me a hope for humanity especially while we are dealing with the COVID-19 pandemic, numerous hurricanes, extraordinary wildfires, and more. Now, let’s look at the history of hospital ships.

What is a hospital ship?

A hospital ship is a ship designated for primary function as a floating medical treatment facility or hospital. Most are operated by the military forces (mostly navies) of various countries, as they are intended to be used in or near war zones. In the 19th century, redundant warships were used as moored hospitals for seamen. During World War I and World War II, hospital ships were first used on a massive scale. Many passenger liners were converted for use as hospital ships.

What are the the restrictions for a hospital ship?

Modern hospital ships display large Red Crosses or Red Crescents to signify their Geneva Convention protection under the laws of war. Even so, marked vessels have not been completely free from attack. Notable examples of hospital ships deliberately attacked during wartime are HMHS Llandovery Castle in 1915, the Soviet hospital ship Armenia in 1941, and AHS Centaur in 1943.

Reading about the stories of hospital ships which were attacked on purpose is a tragic example of how humankind can become cruel. On the other hand, humankind has built ships for rescuing people all over the world. As such, humankind accommodates both unrequited goodness and cruelty since ancient times.

Share
Facebook
Twitter
Pinterest
WhatsApp
Previous article
Why There is a Chassis Shortage at the Ports of Los Angeles and Long Beach
Next article
Should Shipping Companies Contract or Hire Workers in the New Normal?