Mexico Emerges as a Potential Supply Chain Replacement for Exports 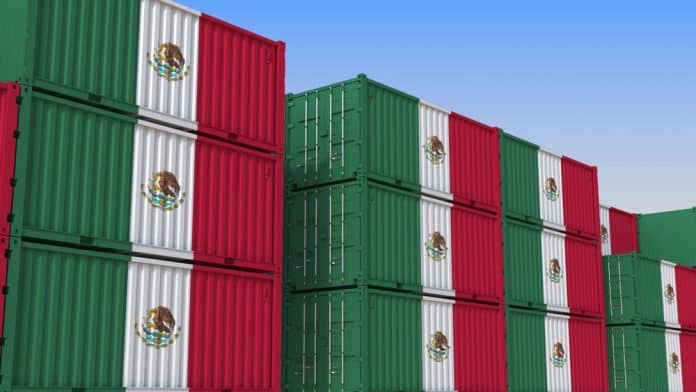 New data shows growing signs that Mexico is emerging as a hub for suppliers to export goods amid global geopolitical instability.

Shippers are actively searching for alternative suppliers outside of China to make up for delays related to Covid-19 outbreaks, port bottlenecks, extreme weather, and other conflicts.

Companies are actively rethinking their supply chain, either by trying to convince their Chinese partners to relocate to southeast Asia to avoid tariffs, or by opting out of sourcing from China altogether. The main beneficiaries of this are the smaller southeast Asian nations and Mexico. When companies reset their supply chains, Mexico emerges as an attractive alternative due to its close proximity to the U.S. and the tendency of brands to want to avoid intercontinental transport of goods during a slowdown.

Mexico’s economy appeared to be suffering going into 2022. However, U.S. border states are seeing strong economic activity, with Mexico’s exports surpassing $80 billion over the first two months of the year.

Due to strong U.S. demand and strong activity in the automobile industry, investors have started looking to Mexico to produce more goods including cars. Exports of non-petroleum goods grew nearly 27% in February compared to the same period in 2021.

An Overview of Mexico Exports

According to the Wall Street Journal in a recent article:

“Last year, large American manufacturers solicited chemicals, produce and construction materials and other goods from six times as many suppliers based in Mexico as they did in 2020. At the same time, the number of suppliers in China that received procurement bids declined by 9% in 2021.”

A majority of Mexican executives think that it’s a year of big opportunities. Because of the pandemic and probably the situation in Ukraine, the supply chain that comes from China is moving to Mexico.