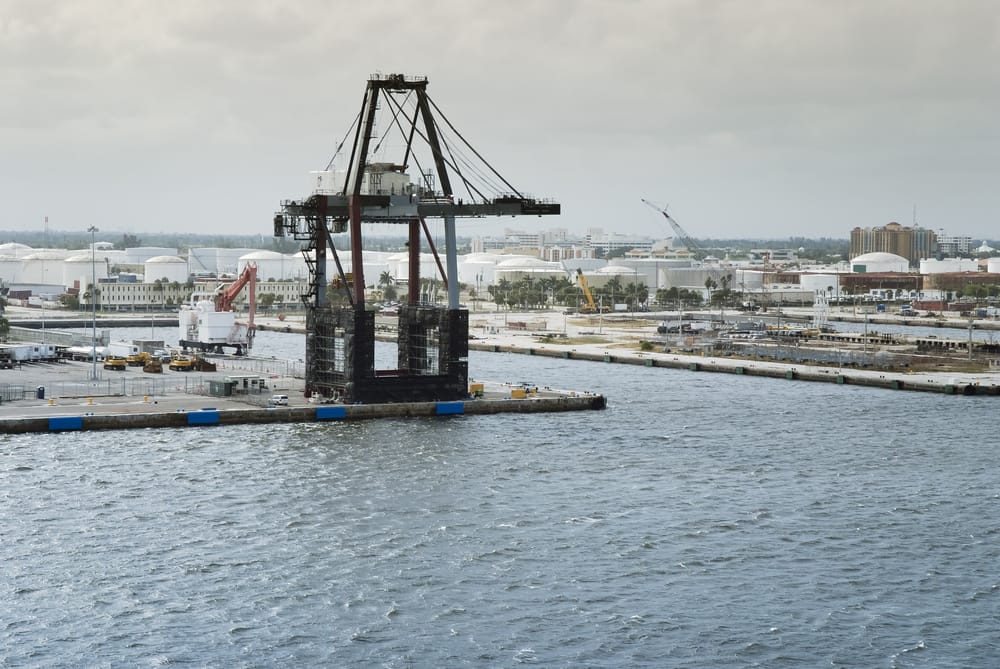 The low-profile Super Post Panamax gantry cranes are required to maintain current demand from existing customers, and prepare for new customers. The new cranes will be part of a multi-million dollar expansion project program for the port named the “Southport Turning Notch Expansion.” In a recent news release, port officials said that the low-profile gantry cranes will cost a total of $41.1 million, or the equivalent to $13.8 million each. Approval for the cranes also came with approval for an option to purchase three additional cranes, within five years of the first purchase.

“Cargo ships are getting larger and several shipping lines already coming to Port Everglades from Europe and South America need Super Post-Panamax cranes now. The longer we wait, the higher the price, in addition to increasing our chances of losing important business,” said Port Everglades Chief Executive and Port Director Steve Cernak. He added, “We cannot afford to wait until our harbor deepening and widening project is completed because the cranes are needed now.”

The new Super Post Panamax gantry cranes are equipped with the ability to reach across 22 containers on a ship’s deck and stack containers eight units high.

Currently, the seven cranes in operation are limited to reaching across 16 containers on a ship’s deck and can only stack containers five units high. Expansion will include new berths for larger cargo ships and installation of crane rail infrastructure for the newly purchased cranes.

The Southport Turning Notch expansion is projected to cost $437.5 million, and will lengthen the existing deep-water tum-around area for cargo ships, from approximately 900 feet to 2,400 feet, to allow for up to five additional cargo berths. Currently, the South Florida Port is limited in terms of size of container ships it can handle by dock space and berth size, but the expansion will eliminate this problem by creating additional space to be able to handle larger vessels.

Port Everglades expects delivery of the first three cranes in 2019.

It is one of the nation’s leading container ports, and South Florida’s main port for receiving petroleum products including gasoline, jet fuel, and alternative fuels. It was ranked the #1 U.S. gateway for trade with Latin America, the #10 container port in the United States, and the #1 container port in Florida. With Port Everglades investing heavily in its future, it is sure to continue to succeed.