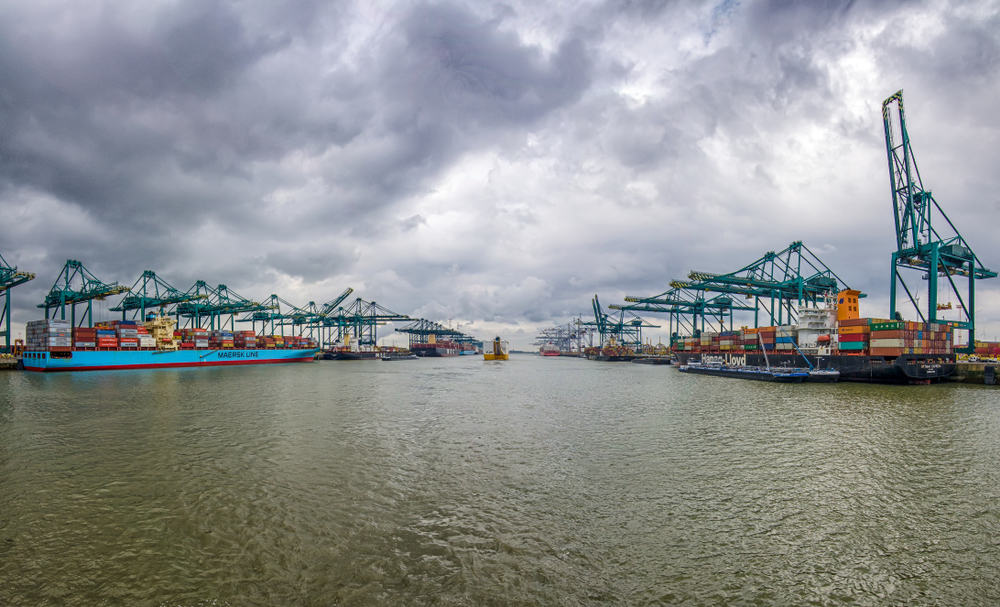 The Port of Antwerp in Belgium has joined its greater neighbor, Rotterdam, in unveiling measures to avoid the problem of barge congestion, as rising container volume through Europe’s second-busiest port creates regular delays for the 2.6 million TEUs that are transported to and from the port’s inland terminals.

Setting a record in 2017, Antwerp just reported its best-ever quarter, with container volume in the first three months of 2018 growing by 10.7 percent to 2.7 million TEUs. During the month of March, the port set a new monthly record with 980,000 TEUs.

As great as the rising volume is, it has also increased the urgency to search for solutions to the chronic congestion problem that occurred throughout 2017, and has continued to be an issue in 2018. One of the largest barge operators, Contargo, stated that “waiting times in Antwerp were currently 24 to 48 hours.”

Luc Arnouts, Director of International Relations at the Port of Antwerp, stated that longer waiting times for barges have developed as cargo volume has rapidly grown. The larger-than-usual sizes of ships at the port, a product of the large shipping alliances, combined with labor shortages, create peak loads at terminals and long wait times for container barges.

The congestion was further exacerbated by the relocation of Mediterranean Shipping Company’s 6 million-TEU capacity terminal from the right bank of the Scheldt River that intersects the port, to the left bank. This huge operation took two years and added to the disruption created by growing volume and larger ship sizes.

In July 2017, with increasing shipper displeasure at these sustained delays, the Port of Antwerp brought all parties in the container supply chain together to figure out solutions to this complex problem.

With so many converging interests, 40 workshop sessions were required before a working plan could be developed in the hopes that it will ease congestion in the coming summer months.

Each of Antwerp’s terminals will make a number of dedicated barge berths available to handle the volume. Barges will have access to central planning to manage schedules with handling slots.

Larger inland terminals will obtain barges from other inland locations, consolidate at their terminal, and deliver in bigger lots to the terminals. This process, known as a “milk run,” is designed to prevent the approach where barges call at five inland terminals, then proceed to call at four terminals at the Port of Antwerp, dropping off and picking up small volume from each terminal.

The consolidated volume from the inland terminal will also be carried to and from a single terminal on barges that can be hold up to 400 TEUs.

Luc Arnouts stated, “If you come in with 200 containers, the terminal is justified in placing a full gang on that barge. They cannot do that for 12 containers. Bundling increases the efficiency and reduces the cost of handling the containers.”

The three main container shipping alliances also had an effect on rising ship sizes and increasing peak volumes in April 2017.

“We were able to create three huge hub terminals, one for each alliance, and that was very important for the carriers. For instance, COSCO Shipping and CMA CGM from the Ocean Alliance call at the same terminal,” Arnouts stated.

This week, the Port of Rotterdam Authority announced the first version of its new digital application called Pronto.

It claims the application will improve efficiency for the 30,000 vessels that call on Rotterdam every year. The application is expected to enable ships visiting the port to cut their wait time by an average of 20 percent.