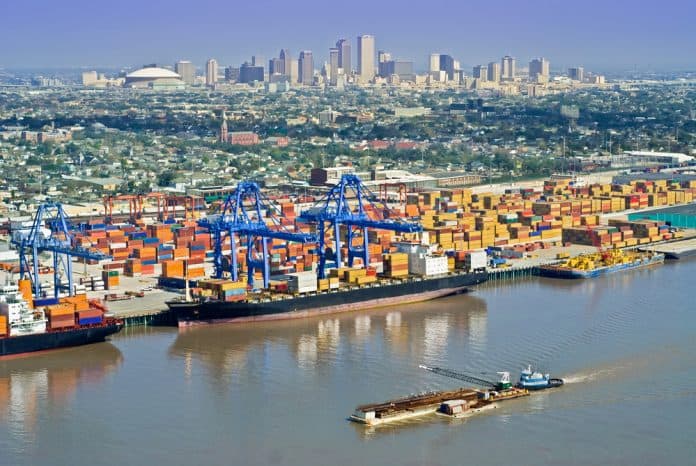 The Port of New Orleans, Louisiana’s largest port and one of the U.S.’s busiest, has shut down in the aftermath of Hurricane Ida. The storm, which slammed into Louisiana this past weekend bringing dangerous winds, flooding, and lots of rain, left a lot of damage in its wake, forcing operations to temporarily cease at the port.

Operations at the Port of New Orleans’s container terminal ended on Monday, with loading and unloading on pause until further notice.

Breakbulk cargo operations have also paused for the time being. Thankfully, there was little to no major damage sustained at the Port of New Orleans, staving off a potential deadly economic impact, if major damage at one of the nation’s busiest ports continued beyond a short time period.

According to the port’s website, crews are still assessing the full extent of any damage, and will report back with further updates. In the meantime, the U.S. Coast Guard also closed ship traffic on the lower portion of the Mississippi River, preventing any inland shipping operations up the river from occurring.

The disruption comes at a particularly perilous time for U.S. shipping.

Hurricane Ida, and hurricane season in general, have come at the worst possible time for shipping and logistics. The industry continues to battle multiple issues at the same time, including sky-high freight rates, container shortages, rising fuel costs, and geopolitical concerns. The recent Taliban takeover in Afghanistan is created more shipping uncertainties abroad, too.

Geopolitical shake-ups from Afghanistan, relations with OPEC, and U.S.-European travel restrictions are creating the perfect storm to further drive uncertainty and send freight rates ever higher. A more direct hit on the Port of New Orleans from Hurricane Ida storm surge would have further complicated things and potentially depressed U.S. economic activity if a wide variety of shipping capacity was cut off in the critical U.S. gulf region. Thankfully, that didn’t happen, so the industry has dodged a bullet – for now.

We at MoreThanShipping.com, and our parent company MTS Logistics, will keep you posted on all developments regarding Hurricane Ida disruptions, damage, recovery, and the reopening of the Port of New Orleans.