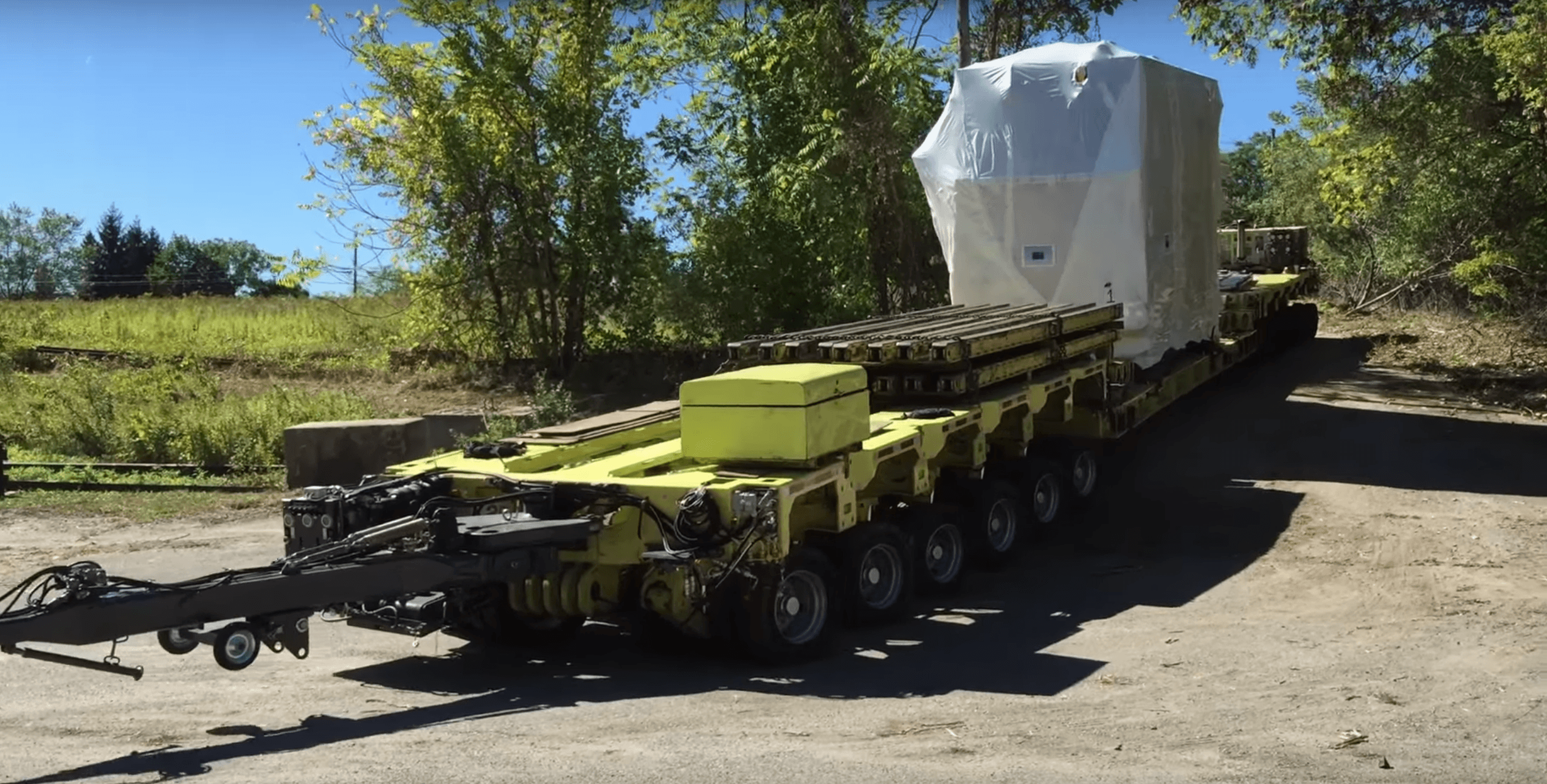 In 2014, a client of ours asked me how they could possibly move a 100 metric ton, almost 5 meter high power generation unit from their manufacturing facility to a remote inland destination in Mexico. We have standard 20, 40 foot containers as well as high cube ones (which are a little taller than others) as well as open tops and flat containers. However, I knew that none of this equipment would be the right equipment for this kind of gigantic unit. I replied to my client and said this is something we have to work in more detail with our projects team.  It was about a year and a half later when I witnessed that gigantic unit moving on a rail system that our operations team designed inside my client’s facility.

We put together all the possible scenarios of how we could move this gigantic machine from point A to point B in the most efficient and secure way. The challenging part was that this was also the largest machine our client had ever built, and their facility didn’t have a crane or any other equipment to lift such a large weight.

We visited our client many times from the time they started building the machine until the machine was completed. We were in contact with the client at every stage of the project. We engineered every detail from beginning to end. After a lot of discussion, we finally came to agreement that the best way for us move the machine to the final destination was by rail.

The most critical part of this job was to take out such a large machine from their warehouse. Our customer’s facility was not built to lift such a large machine. Most importantly, their facility gate height was too low to take the machine out easily. We knew it would be a very tight gate clearance and as we calculated, the equipment cleared the gate by only 2.5 inches. This was the most stressful part, but our calculation was perfect. The only way to do the job within such low clearance was by lowering the trailers bed.

Gate height was only our first problem. The second problem was the customer’s warehouse didn’t have a crane to lift such heavy equipment to put the transformer onto the trailer. Our only option was to set up a slide system at their facility. We slid the 110 tons transformer inch by inch from one end of the facility to the gate.

Our final challenge was to find the rail spur to load this giant. We looked at the rail spur options within shortest driving distance. This was so we could avoid long distance road move and extra cost of permits/escorts. We checked multiple locations and the best option was for us to use another neighbor company’s rail spur. After several calls to the other company, we got the permission from them to use their rail yard. This was a yard not been used by them in a long time and much landscaping needed to be done for rail spur access.  After 3 days loading effort, we had no problems and the cargo moved as planned. While it seemed easy, I must say this was a tough year and a half of work!

At the end the most, rewarding part was our customer’s kind words:

“I want to say thank you again for the wonderful job you have done thus far. Orchestrating a job this large without a hitch is a amazing accomplishment. I appreciate all your efforts and your attention to details.“

To see the short version of this project, please watch the following video: