Quantum Supremacy and Artificial Intelligence: A Revolution in Logistics and Energy 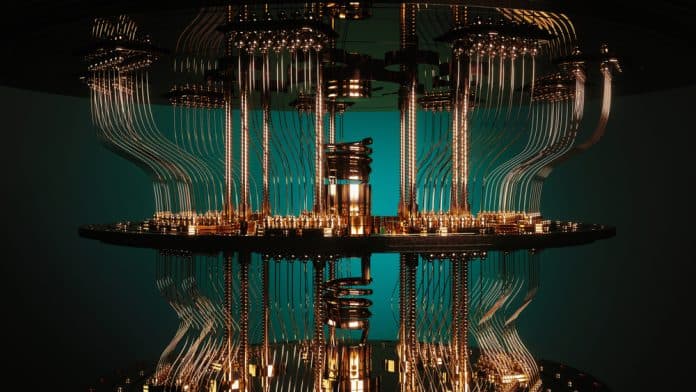 Why is Everyone Chasing Quantum Supremacy?

Undoubtedly, the biggest revolution in the 21st century, so far, was the introduction of computers into our lives. In the article “Computing Machinery and Intelligence” written by Alan Turing – the founder of computer science – in 1950, the question of whether machines can think like humans started the computer age.

On October 23, 2019, another article titled “Quantum Supremacy Using a Programmable Superconducting Processor” was published by Google employees in the respected science journal Nature. What does it mean? They stated that they had solved a problem that the most powerful computer on earth can solve in 10,000 years, but with a quantum computer, it was solved in just 200 seconds.

So how do they get this computational power? Classical computers work with an electrical-based computational logic. So the light is either on or off, 1 and 0, but in computer science it wasn’t just 1 and 0. Alan Turing proved that computers could solve very complex problems by deciphering the codes in the Enigma machine used by the Germans for encryption during World War II.

Today, all computers and smart phones we know still work on the same system. But, at this point when it comes to quantum computers, the paradigm is changing. Accordingly, it is not concerned with whether electricity is on or off, and quantum is based on the behavior of atomic and subatomic particles, which quantum mechanics put forward. It is very difficult to understand these behaviors and from this point it’s not just 1 or 0, but the potential of 1 and 0 at the same time comes into play and this turns the quantum computer into a very powerful computational tool.

How Will Quantum Computing Affect Logistics?

The ability of quantum computers to solve complex problems will help logistics companies make more competitive and cost-effective decisions that will reduce costs and increase efficiency. Another potential use of quantum computers in logistics is in the development of artificial intelligence (AI) algorithms. The ability to process vast amounts of data much more quickly is making them well-programmed for AI algorithms. This could lead to huge development of more advanced AI systems for logistics applications such as automated warehouse management and predictive maintenance.

Finally, quantum computers and advanced AI algorithms could also potentially be used to improve energy productivity in the logistics industry. Many logistics operations, such as overseas shipping, port handling, inland transportation and warehousing require large amounts of energy and that super duo could be used to optimize energy use in logistics operations. This could lead to reduced energy consumption and lower carbon emissions, meeting growing demand and finding new sustainable ways to perform tasks.

There’s One Certainty: Quantum Computing Will be Huge for Logistics, and Nearly Every Industry

In conclusion, quantum computers have the big potential to revolutionize the logistics field by enabling more efficient decision-making, the development of advanced AI algorithms, and improved energy efficiency. While these technologies are still in the early stages of development, they hold great promise for the future of logistics and supply chain management.

For those who are curious, IBM offers cloud access to the most-advanced quantum computers. Click here for more information and to learn, develop, and run programs with their quantum applications and systems.