Ripples Spread Everywhere: Global Shipping Rates Continue to Rise With No End Yet 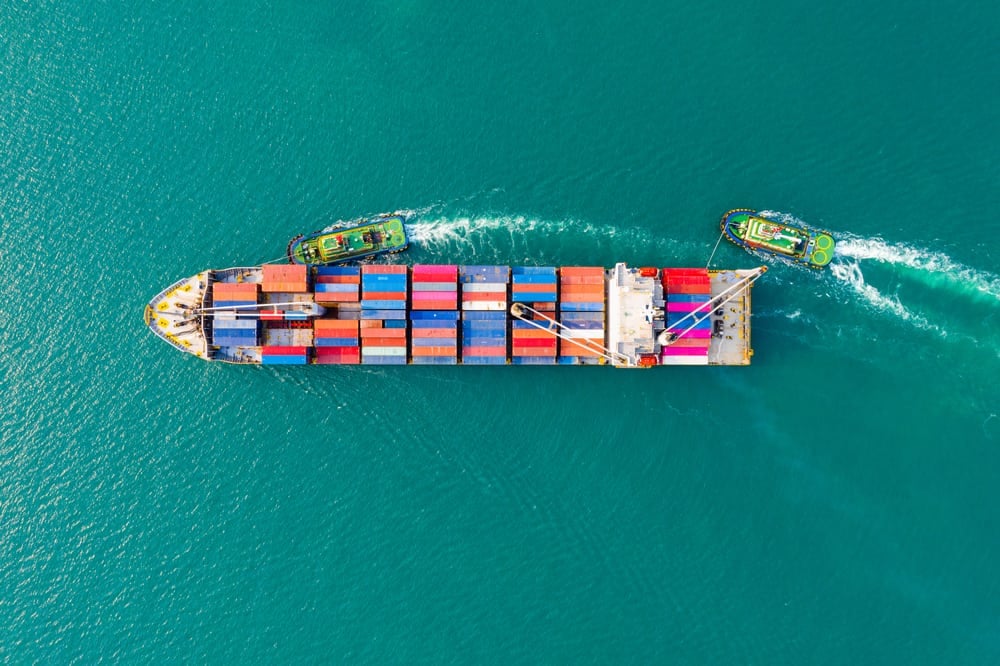 Under normal market circumstances, there are always some trade lanes which are strong and some which are weak. If this imbalance persists, then gradually, capacity will be moved out of the weak trade lanes and into the strong trade lanes. However, this is a process that normally operates over very long time frames.

Right now, the global shipping market is not normal at all.

The difference between rate levels has become more extreme than at any time before in the history of container shipping.  As a result, this is driving a very rapid cascading effect where no one trade lane is immune to the impact.

In my last posting here a month ago, we were at a point where rate levels out of Asia to Europe had exceeded $10,000/FFE. Now, we are at a point where there are multiple cases of freight being booked at levels in excess of $20,000/FFE simply to secure space in the short term. Furthermore, there is no sign as of yet of rate levels abating – in fact, quite contrary there have been examples of shippers willing to potentially commit to even higher rate levels.

At the same time, there are no idle vessels available. This is rapidly driving up charter rates for any vessel for which the charter period is expiring. Rate levels for Panamax tonnage are in excess of $50,000/day – a quadrupling compared to before the COVID-19 pandemic – and usually only if a multi-year commitment is made. Rate levels in excess of $100,000/day for shorter charter periods have been seen on multiple occasions. The same upward spike in rates is also being seen for smaller tonnage.

This is where the cascading impact on all trade lanes truly becomes important.

Consider a carrier operating a regional service with a relatively small vessel, such as a 3,000-TEU vessel (for example.) The carrier is using a charter vessel for which the charter is expiring. In order to maintain capacity in this regional trade lane, the carrier now needs to commit to a sharp cost increase for several years into the future. This causes a strong upwards push on regional freight rates. Or, alternatively, someone else simply outbids the regional carrier in order to take the vessel on short-term charter and the vessel now disappears entirely from the regional trade lane where a shortage of capacity ensues and rates start to increase.

This is the scenario unfolding right now.

Multiple carriers are deploying new services with quite small tonnage on especially the Transpacific trade lane, but to some degree also on the Asia-Europe trade lane. To put this very simply: Why would a carrier choose to use a vessel in a regional trade and get a freight rate of $500 when they can put it into a deep-sea trade and potentially get in excess of $20,000 due to the overheated market conditions?

The effect is also in play when it comes to empty containers. The many delays in the supply chain have caused a shortage of containers and carriers need to choose between accepting bookings for back haul cargo or moving the container empty. The issue here is that accepting a back haul cargo booking will result in a delay of several weeks before the equipment is available for a head haul booking. And, the rate difference between head haul and back haul bookings has also escalated to a point not seen before.

These developments all point in the same direction: The extreme increases in the major deep-sea trades are driven by a shortage of capacity and until supply and demand balances out, rate levels will not come down.

In the short term, there will be two mechanisms for this supply/demand balance to occur.

One mechanism is that rates become so high that some shippers simply will not – or cannot – move their cargo and this dampens demand. The other mechanism is that an increasing number of vessels and equipment is put into the major head haul trade lanes. This will stop rate increases on those trade lanes, but at the same time lead to continued upwards rate pressure on all other trade lanes globally. This is what is currently unfolding and will continue to unfold in the coming months.