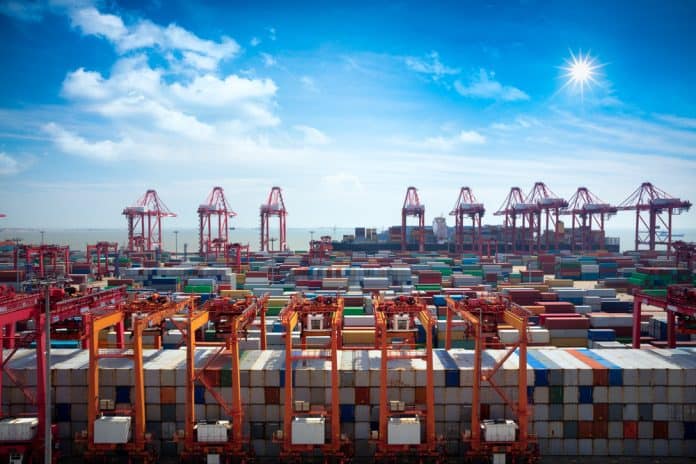 There is an uneasy calm before the storm. The total container volume of the Port of Shanghai decreased significantly in April as U.S. West Coast ports prepare for the import season.

Shanghai, the world’s largest container port, remained operational throughout the Covid blockade of China’s commercial hub, but daily container handling fell by around 25% in April. The cargo volume at Shanghai port decreased significantly in April, as many factories closed, warehouses closed, and transportation options were limited.

It all started with the lockdown in the key city of Shanghai, where people have been under lockdown since March 28th. Shanghai has failed to prevent community transmission of the infectious Omicron strain. Authorities sought to meet a specific prevention target by April 20th, but only two districts were able to do so. Shanghai has only reached citywide Covid Zero outside quarantine areas twice, on April 30th and May 1st. Since then, the number of daily Covid cases has been in the double digits. City officials considered regions that had no cases outside of quarantine for three days to have met the target.

Due to recent Covid outbreaks in the Yangtze River delta region of China, container volume at eight major Chinese ports decreased by nearly 6% year-over-year in the middle of April.

Cargo throughput and container volume fell by 10.2 percent and 9.9 percent, respectively, at three major Yangtze River ports: Nanjing, Wuhan, and Chongqing. At the same time,  water-to-water transshipment volume at the Port of Shanghai was approximately 1.99 million TEUs. This was approximately 65% of the total volume at the Port of Shanghai. The Port of Shanghai is likely to see daily average container handling capacity decrease by around 25% to 100,000 TEUs, according to analyst expectations. Although Shanghai remains largely locked down, some areas of the city may soon reopen as the Chinese government looks to jumpstart factory capacity after a lull.

The issues underway at the Port of Shanghai have impacted ports in other countries.

The lockdown and disruptions in the key Chinese city of Shanghai were sure to impact the rest of the world. Sure enough, there has been a decrease in container handling at the ports of Los Angeles and Long Beach, which are America’s main import ports.

The clearest evidence so far of a global impact from China’s continue battle for zero-Covid is reduced imports at the Port of Los Angeles, where the port’s 459,918 TEUs imported represents a more than 6% decrease year-over-year. While empty container movements fell 2% year-over-year, they remained significantly higher than pre-pandemic levels, at 334,852 TEUs – certainly enough to continue to be disruptive.

The Port of Los Angeles has announced that finalized cargo analytics should be released soon, when final April data will dictate the true impact of the Shanghai situation and other factors. The Port also said it expects May and June import volumes to above 800,000 TEUs. And, both workers and port officials expect this year’s West Coast port worker contract negotiations to proceed quickly without major issues, meaning the Port of Los Angeles should be ready for an influx of cargo once the Shanghai backlog eases.