HomeShippingStrong Growth in Suez Canal Traffic Positions It As Number One, Competing...
FeaturedShipping

Strong Growth in Suez Canal Traffic Positions It As Number One, Competing Against the Panama Canal 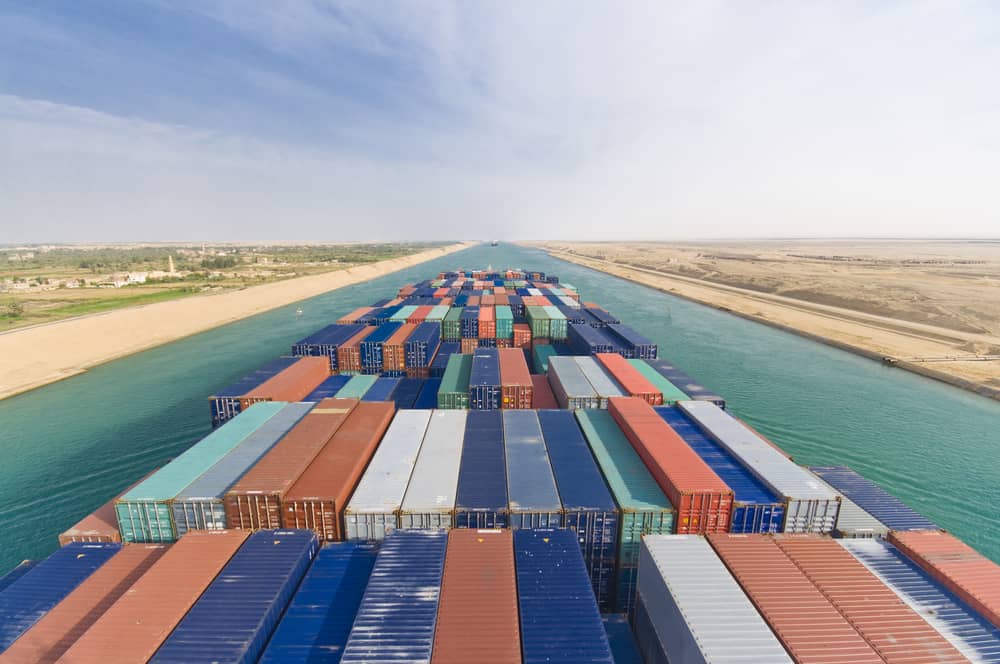 The Suez Canal is seeing increased popularity as a global shipping route, as evidenced by growth in recent years.

In the first 9 months of 2017, 667.8 million tons of goods passed through the canal (an increase of 9.8% compared to the same period during 2016). In particular, traffic in the North to South (European continent to Asia) direction significantly increased, growing 18.9%, but South to North traffic is also growing, albeit to a lesser extent with 1.4% growth.

Traffic through the Suez Canal is growing more and more, helping the canal prevail over the Panama Canal as the main gateway for goods to move to and from the East. At the same time, this growth has made the Mediterranean region more important than ever in world trade, with the region’s ports benefitting, too.

Moreover, in the first 9 months of 2017, 12,934 ships passed through the Suez Canal (of which around one-third are container vessels), a notable increase compared to the 12,613 ships that passed through between January and September of 2016.

The Suez Canal shows itself to be superior to the Panama Canal in its traffic levels, with a total volume almost quadruple that of the American canal. Additionally, the Suez Canal sports more tonnage of ships and viability. Suez, in fact, has no transit limits for large ships, while through the Panama Canal, container ships can travel up to 13 thousand TEUs, a very large volume, but not as large as the latest generation ships that can carry up to 20 thousand TEUs or more.

The Panama Canal, thanks to the new channel inaugurated in June 2016, recorded a new high of over 1,800 large ships transited between October 2016 and September 2017.

Additionally, the Panama Canal partly recovers the traffic lost to the Suez Canal on the route between Asia and the East Coast of North America. This dynamic has triggered a competition, which continues to this day, between the channels for transit between Asia and the East Coast of North America. Overall, however, the prevalence of traffic flows through the Suez Canal is clear. During the fiscal year 2017, the Panama Canal totaled 13,548 ships for a total of 241 million tons of goods (in 2016, the ships had been 13,114 and the goods 204.7 million). In 2016, on the other hand, Suez totaled 16,833 ships and 819.1 million tons of goods and, as we have seen, in the first nine months of 2017 alone it, breached 13 thousand ships and 668 million tons.

Despite this competition, both channels are world leaders. The Suez Canal declares itself a great world trade channel to and from the Mediterranean, while the Panama Canal establishes itself as the great Pan-American channel. Moreover, the Mediterranean has carved out a strategic role that, in recent years, is further growing due to a series of factors, including the growth strategies of major world economies.