HomeOtherSuper Bowl & Football Side Notes
Other

So as most of Americans knows, the Super Bowl is only a few weeks away. If you think I am about to drown you with statistics you should know that since college, I have tried to stay as far away from that subject as I possibly could. I’m just here to give you something to talk about when the guy next to you is trying to start up a conversation about Aaron Rodgers and his touchdown to interception ratio. Here’s what you do, tell him just what a great photobomber the Green Bay Packers’ Quarterback is during games (Trust me. Google it. Hilarious stuff!). This is what I’ve got to offer. As a sports fan I enjoy watching the game itself, but here my approach to football is a bit different. These are my side notes about the All-American game that ought to get your attention beyond the four quarters.

On February 3rd, two teams will take the field in New Orleans’ Superdome. With Mardi Gras about a week down the line from then, I’m sure it will be one crazy music, food and beer fest down in the Big Easy. Unfortunately for myself, and most of you I’m sure, we will be hundreds or thousands of miles from the city I have until this point refrained from calling N’Awlins (forgive me New Orleanians). But hey, that’s why we have TV’s and fridges right. In the mean time, here are a few facts you should keep in mind. Those 30 second commercials you will be forced to watch, some of them cost some big shot company out there around $4 million just to appear during the game. Like it or not, you will probably end up seeing them or hearing about them, so in the end they may be worth the money. Oh, and then there is Beyoncé, who will add to her repertoire when she takes the stage during halftime.

This will all will occur while tons and tons of chips are dipped into millions of pounds of guacamole across the country (there is no doubt that Monday Feb. 4th will see a spike in antacid sales). On the supernatural scale, fans will be wearing their never-washed lucky jerseys while praying that their favorite player does not fall victim to the curse of appearing on the cover of Sports Illustrated or the Madden game (side-side note: usually these are the same people who make fun of people who keep up with their horoscope). This is some of what we can conclude about the NFL from the events surrounding the Super Bowl: the league is a big money maker, supports pop music, and makes people extremely hungry and very superstitious. But the NFL is not as manipulating as I just made it seem, the league does have a soft side when it comes to recognizing where it came from.

It’s in the Name

In school I may not have enjoyed statistics but I did love History. One of the interesting aspects of organized sports is often the story behind the teams’ names. While many of the names simply derive from fan votes and contests, like back in 1960 when originally Oakland fans voted for the name “Señors.” Luckily Oakland management opted for Raiders instead. Then there is the name of the Washington Redskins, which recently is considering a possible name-change. That case is a little controversial, so I won’t get into it. Some, however, go a more in-depth. Pittsburgh, for example, is historically known for its steel industry that helped launch the U.S. into Industrialization. Hence, there is no wonder why their professional football team would be named the Pittsburgh Steelers. Another interesting name is the Minnesota Vikings. In part the name represents an aggressive person (necessary in such sport) but more significantly reflects the Scandinavian-American tradition and culture present in the region. But my favorite is probably the story behind San Francisco 49ers. The City by the Bay has a rich history and its NFL team paid homage the California Gold Rush that intensified in 1849. The team’s namesake is the gold-seekers and merchants from within the country and from around the world that bombarded what would then become known as the Golden State.

You know you are a big deal when Hollywood cannot stop making movies about you. So, if the last few insights did not do it for you here are some football flicks that are fun, inspiring and some even romantic. Watching any of them will open you up to the influence of the game.

Any Given Sunday (1999): This gritty gridiron tale oozes with the pressures that players, coaches and owners face to help their franchise succeed no matter what. If you are not easily disgusted and like the hard edge movies, this one’s for you. (Al Pacino, Jaimie Foxx, Cameron Diaz)
Remember the Titans (2000): If you’re going to watch this one grab a tissue. This film takes place during a time when schools were just beginning to be integrated. Many southern neighborhoods were not welcoming of black and white players playing on the same team. Based on a true story and the events of 1971, this particular town is united by the example set by their high school football team, a group of young men who despite the challenges working against them, learn to work together, trust in each other and play hard. (Denzel Washington, Bill Paxton, Ryan Gosling).
Jerry Maguire (1996): Fine, I won’t give in to the temptation of reciting the movie’s famous one-liners. Simply put, this movie shows the business side of professional football and the hardships it places on players, their families and even their agents. (Tom Cruise, Cuba Gooding Jr., Renee Zellweger)
Friday Night Lights (2004): Well we all know how much Texans love their football. This movie shows just how hardcore that love is, and the pressure it puts on a bunch of kids who are often forced to make the sport their life. (Billy Bob Thornton, Tim McGraw)
The Little Giants (1994): I grew up loving this football movie and just had to put it on the list. Above all it proves that girls can keep up with boys any time. (Rick Moranis, Ed O’Neill)

Now that I’ve endowed you some extra football knowledge you are ready to take on the next few weeks. Okay, I know my words did not necessarily look deep into game play and were at times a little random, but I can assure you that you will most definitely have something to talk about come game day. 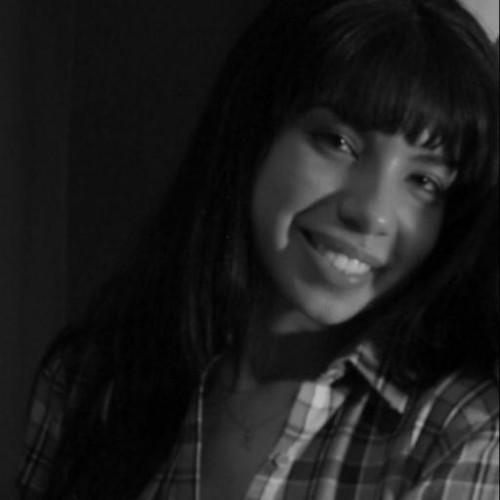