Sustainability and Decarbonization of Shipping 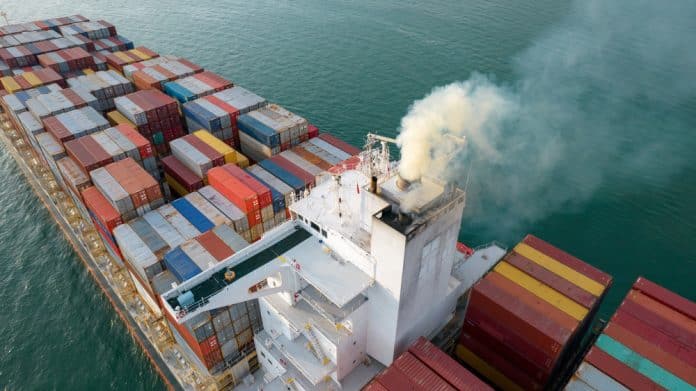 With all the issues with international supply chains and ocean shipping in particular, the main priority of all involved now is getting the goods to their warehouses with reasonable cost levels and being stocked up to meet the customer demands while keeping everyone’s sanity.

Sustainability and decarbonization are both big topics which, with many initiations underway, will not only positively affect the environment but also give a competitive edge and be a differentiator amongst the companies that sell similar products.

Around 80% of global trade by volume is carried by the ocean.

High carbon emissions have a direct impact on everything from pollution in coastal cities to raising acidity in oceans which affect marine life.

Ocean carriers play one of the most important roles in efforts to reduce the overall industry carbon footprint.

According to research by the Faculty of Economics at the University of Gdansk in Sopot, Poland, titled “Decarbonization of Maritime Transport: Analysis of External Costs”, there are four stages to limit the emissions from ocean shipping. The reasons are exhaust gas treatment, cleaner fuel technologies, e-fuels, and E.H2 Solutions and these can be achieved by shipowners by placing new ship orders and modernizing the existing fleet.

Due to economies of scale, larger vessels have been built in the past few years. This would help to reduce emissions on a per-ton basis, as well as the most basic actions such as slow steaming. Using low-sulphur fuel, and retrofitting the existing fleet, gives carriers the ability to be compliant during this transitioning time. To reach the IMO’s 2050 goals over the next ten years, there are very important milestones that need to be met.

Moreover, while alternative fuel solutions are being researched from hydrogen fuel to methanol and ammonia, these are all in premature stages. If standard fossil fuel costs remain lower than the alternative fuel options when they are fully-developed and ready to use, companies who put extra efforts toward cleaner fuel solutions must be compensated for their efforts to stay competitive in their industries and this must be made publicly announced so the individual companies have more incentives to move towards cleaner fuel.

Increased usage of technology would help ocean carriers, especially to collect data to analyze how to increase efficiency by searching for alternative sailing positions.

Increased social pressure on companies will also help companies adopt decarbonization and sustainability efforts. As the consciousness around sustainability increases, consumers will pay more attention to how much carbon emissions that product used until it gets to a retailer’s floors. Also, we may see on product labels how much emissions were emitted to get that product to the retailer floor more commonly and this may be a decision-making point for certain consumers. Amazon and Ikea already announced that by 2040, they will only work with carriers that give off zero emissions. With the increased public interest and pressure, more companies will adapt similar policies. The smallest efforts taken now will have a great impact on reducing carbon emissions.

Finally, cost will also be one of the biggest factors to help efforts. Infrastructure and technology must be ready to compliment decarbonization efforts. This would require big coordination with all industry stakeholders. Knowing that communication and data sharing at the most basic levels are still very difficult and cumbersome amongst these parties, taking on the much bigger challenge of a greener future will be much more challenging. So, all these efforts should start with a change in mindset, and everyone should work towards to achieve these goals.