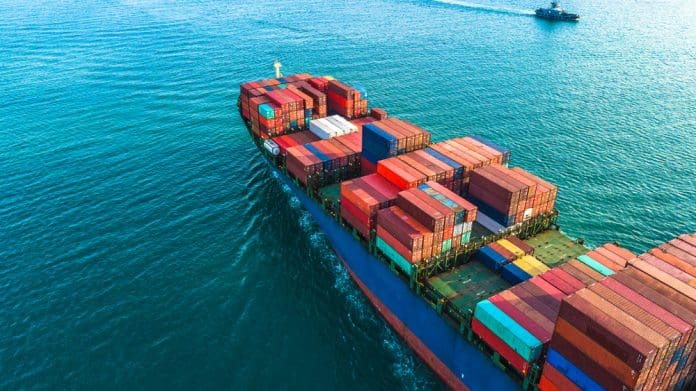 Given the challenging conditions of the past two years, world trade is remarkably robust.

According to Loadstar, with demand from box carriers, BCOs, NVOCCs, and other logistical operators skyrocketing, the global container equipment fleet grew by 14% in 2021 to 50.5 million TEUs. A 14% increase is an impressive number but given the average delays in transport cycle (containers took an average of 30% longer to complete their transport cycles last year due to port and haulage delays) it does not help to remedy the equipment problem.

How is ocean capacity and pricing looking heading further into 2022?

1. The data shows that no new capacity is being introduced to Transpacific trade in the period of 2022-2023.

2. Low schedule reliability is one of the underlying causes for continued congestion in Asia and the U.S. Experts predict that it will lead to 15%-25% of capacity getting pulled out of the market as a result. 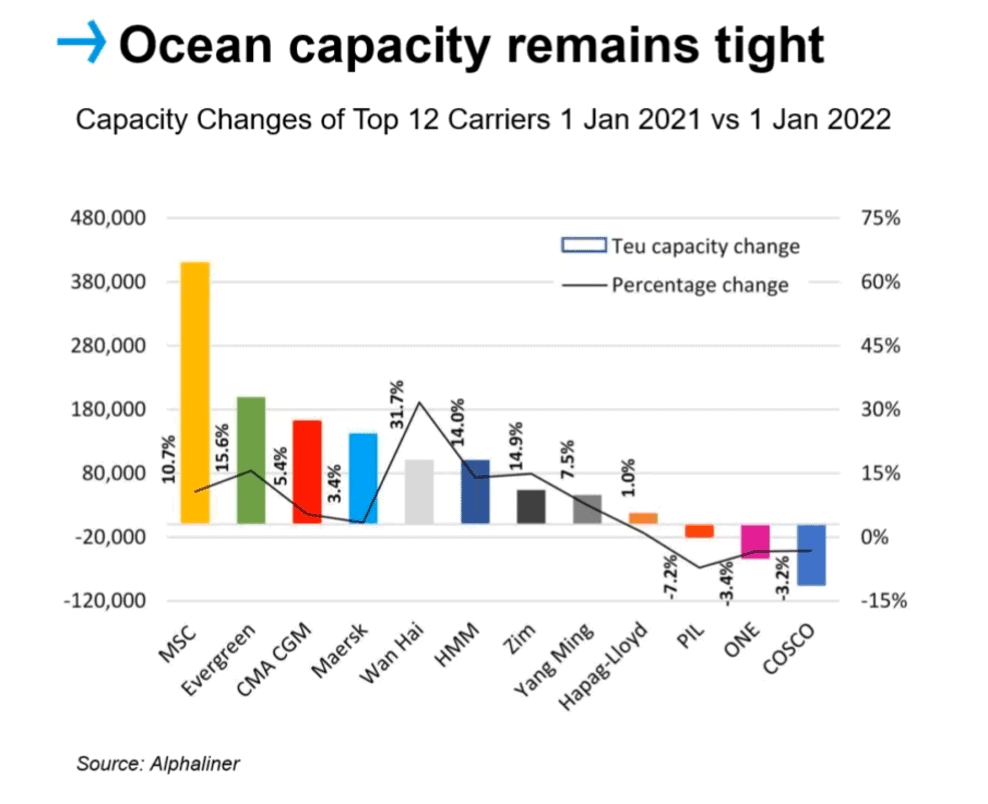 Other challenges also remain for market capacity and pricing.

1. This year’s process to secure service contracts in Trans-Pacific trade will be like no other year. Haunted by longer lead times, port schedule reliability issues, and ships that have been idled or slowed in transit, shippers have been experiencing exponential increases in freight rates, and this will show and reflect to this year’s annual contract negotiations.

Many shippers will pay these high contract rates with hopes of stability in their supply chains. For steamship lines, this is a major opportunity to lock in higher rates with reliable and long-term customers.

2. Spot rates have decreased from their previous record-high levels for the past few months. This may mean that as contract negotiations start, carriers may lose their leverage. We will all see by May if both carriers and shippers will achieve some sense of predictability and reliability on space and pricing.

What are some other factors that may play into this year’s space and pricing dynamics?

2. A potential Russian invasion of Ukraine can cause a sharp increase in oil/LNG prices. Bunker surcharges may get affected by this. The Russian Navy has already encircled Ukraine’s ports and warned-off civilian commercial traffic so they could engage in live-fire exercises. Even though this may not directly affect Asia-U.S. and Asia-E.U. trade, this may have an upward effect on rates given the instability it causes in the Black Sea and Mediterranean trades. Without an invasion, any effect on rates should be neutral to upward.

Overall, 2022 looks to be yet another challenging year as we expect strong market and continuing issues on capacity.