The Bipartisan Infrastructure Bill: Does It Affect the Future of Project Cargo? 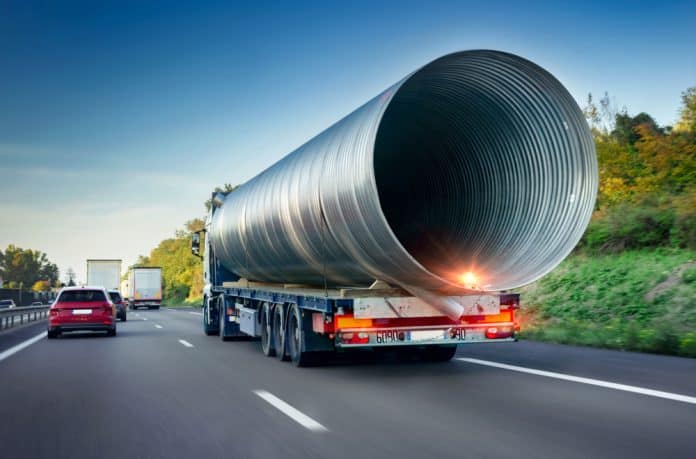 Until the cost of manufacturing in the U.S. becomes a more cost-effective solution, companies will continue to import cargo from various places worldwide.

This statement holds true for large project cargo. As the human race has grown in size over the millennium, our need to build is larger and more complex. A prime example is that cargo ships have drastically increased in size over the last 50 years to handle the growing need for consumer goods.

Many people don’t realize that as the ships grow in size, so do the parts that operate them, such as the ship’s engines, propellors, etc. The same can be said for energy consumption, the size of transformers, the size of windmill blades, and the turbines that operate with them. This trend has been constant and shows no sign of slowing down. With the infrastructure in older cities being outdated and not built to handle such significant commodities, many shippers are forced to find alternative solutions for transporting such oversized freight.

So what does this have to do with the infrastructure bill? Everything – though not in the way you might think!

As is often the case when bills are passed, several items are included that many may believe should not have been included or that those funds could have been better allocated to areas not listed in the bill. What the below information will focus on are two parts of the bill. One is the main section meant to help the U.S. supply chain by improving waterways, ports, and airports, and the second is roadway improvement. These areas of focus can also directly improve the transportation of projects and oversized freight if allocated to specific areas for specific reasons. However, the focus will be more on increasing effectiveness, limiting congestions, and increasing overall safety in all of these areas.

The bill’s primary focus will be on updating the issues that face day-to-day cargo in the U.S. Though some of these items will help improve the current conditions of project cargo, the infrastructure bill does not directly target the main issues. These issues include the need for increased weight capacity on bridges, increased height restrictions of overpasses, more crane capacity for older ports and barge docks, and the overall limitations of transporting over-dimensional cargo over the rail.

Below is an overview of how the infrastructure bill will affect the supply chain and general transportation/commerce.

In years passed, there has been an underinvestment in our infrastructure for supply chains. Now, with the economic recovery needed from the Covid pandemic, these investments do not need to be neglected. The hopes are that the infrastructure bill will assist in the much-needed changes mentioned above. This will include $17 billion in port infrastructure and waterways, with an additional $25 billion going towards airports and $110 billion funding the repair of roads, bridges, and support for major transformational projects according to the deal’s bipartisan fact sheet found on the White House Briefing room webpage.

The current issues with the ports, waterways, bridges, and roadways impact large-scale project cargo logistics. The present conditions of bridges are one key aspect. For example, 68,842 bridges are considered structurally deficient, per the Federal Highway Administration (FHWA). These bridges would need significant maintenance or even replacement. This can also be seen with the wear and tear of roadways in the U.S. that can leave 43% in poor, mediocre conditions per the ASCE, and the many ports not able to withstand the increase in vessel capacity and larger ships with TEUs doubling when compared to 2005 as seen in the 2021 ASCE Infrastructure Report Card. According to an article on Freight Waves, with waterborne commerce expected to grow significantly by 2025, these ports and inland waterways will need infrastructure reinvestment – reinvestment that the infrastructure bill is aiming to supply.

As seen from the current state of roadways, waterways, ports, etc., many repairs and updates are needed to meet the current need of modern-day commerce.

However, as mentioned above, the focus will be more on day-to-day cargo and less targeted on the needs of project cargo. It can also be said that offshore moves may see the most significant impact versus inland moves and oversized project cargo. In the grand scheme of things, the infrastructure bill has the potential to have a positive impact on the U.S. economy. However, reinvestment into the areas mentioned above for project cargo may need to be assessed for future inland expansion and accessibility.